The new Prime Minister, in an extraordinary night of ministerial blood-letting, took brutal revenge on Rishi Sunak by axing a trio of his biggest supporters as she handed key roles to her closest allies.

Dominic Raab was booted out as Justice Secretary and Deputy PM following his savage attacks on her in the leadership race.

Despite pleas to bring the Tories together, a host of other supporters of the former Chancellor also paid the price.

Tory chair Andrew Stephenson and Levelling Up Secretary Greg Clark, who all stayed neutral, also declared they were leaving their posts, while veterans minister Johnny Mercer said he had been “relieved of my duties”.

Ms Truss’ long-term friend and ally Kwasi Kwarteng was put in charge of the country’s finances as Chancellor.

James Cleverly was made Foreign Secretary with Suella Braverman moving to the Home Office in what is a Cabinet featuring no white men in the great offices of state for the first time.

With the UK staring down the barrel of a recession, Mr Kwarteng’s promotion from Business Secretary could not come at a more challenging time. His first actions will include reversing the national insurance increase and scrapping a planned rise in corporation tax.

It has been a meteoric rise for the 47-year-old married father of one who got his first cabinet job only in January last year. 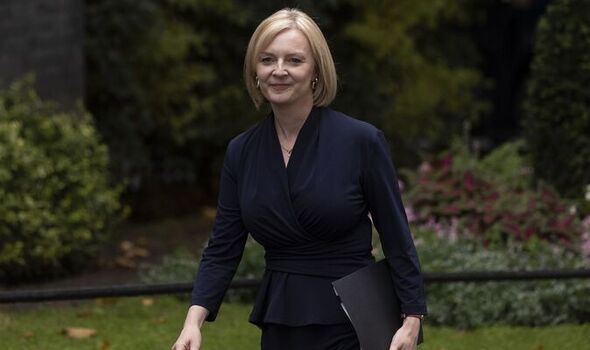 Mr Cleverly, a Territorial Army Officer, is the first ever non-white Foreign Secretary.

The 53-year-old’s most immediate priority is likely to be the Brexit saga over Northern Ireland. Ms Braverman becomes the third minority Home Secretary, after Priti Patel, who quit on Monday, and Mr Javid.

The Brexiteer former Attorney General’s main task will be to crack down on Channel crossings by illegal migrants and to make sure those who do reach England are deported to Rwanda.

Therese Coffey, who is regarded as Ms Truss’ closest friend in Westminster, was doubly rewarded with the roles of Deputy Prime Minister and Health Secretary.

She will stand in for her boss at PMQs when the Prime Minister is away.

Mr Zahawi was appointed as Chancellor of the Duchy of Lancaster, minister for intergovernmental relations, and equalities minister while Brandon Lewis is Justice Secretary.

Simon Clarke has become Levelling Up Secretary from his role as Chief Secretary to the Treasury. Chris Heaton-Harris was given the task of Northern Ireland Secretary.

Former Tory leadership contestant Penny Mordaunt was made Lord President of the Council and Leader of the House.

Jake Berry, who was chairman of the Northern Research Group of MPs, was made minister without portfolio while Alok Sharma remains as COP26 President.

The respected former soldier is one of the few members of Boris Johnson’s final Cabinet to stay in their role.

He had been tipped to run for party leader after winning praise for his handling of Russia’s invasion of Ukraine.

But he said his focus was “my current job and keeping this great country safe” and later publicly backed Ms Truss.

The 52-year-old father of three will hold Ms Truss to her pledge to increase defence spending to three per cent of GDP.

A long-time friend and ally of Liz Truss, the old Etonian will have the herculean task of keeping the economy afloat and helping households through the cost-of-living squeeze.

Mr Kwarteng’s first actions will include reversing the national insurance increase and scrapping a planned rise in corporation tax.

It’s been a meteoric rise for the 47-year-old, who only got his first cabinet job in January last year.

The ardent Brexiteer has been one of the most recognisable and caricatured politicians of the past decade.

The Johnson loyalist will help push through deregulation and reform workers’ rights as part of the new Government’s drive to boost growth.

In his previous job as Brexit opportunities minister, his focus in the Cabinet Office was on making the most of the EU exit and getting civil servants back into the office.

The father of six is deeply unpopular with unions.

Karaoke-loving Ms Coffey, one of Liz Truss’s closest allies, will stand in at PMQs when the boss is away.

As Health Secretary the cigar-chomping MP, will have to tackle the huge waiting lists that have built up since the pandemic, as well as the long delays for ambulances.

A year ago she was slammed for belting out The Time Of My Life from film Dirty Dancing at a boozy Conservative Party conference karaoke bash, hours before cutting benefit payments to six million people.

The 42-year-old stood against Liz Truss in the leadership contest but was knocked out in the early rounds.

Her main task will be to crack down on Channel crossings by illegal migrants and make sure those who do reach our shores are deported to Rwanda – which former Home Secretary Priti Patel was unable to do.

The Brexiteer’s appointment makes it more likely the Government will seek to reset UK relations with Strasbourg.

Ms Braverman’s mother was born in Mauritius and her father came to Britain from Kenya.

An early backer of Ms Truss’s candidacy, he has worked in the Foreign Office in various positions as a junior minister. In Boris Johnson’s emergency reshuffle in July, he was moved to Education Secretary.

Mr Cleverly, 53, will maintain Liz Truss’s strong support for Ukraine and sanctions on Russia but may take a more hawkish approach on China.

His most immediate priority is likely to be the Brexit saga over Northern Ireland.

The former equalities minister had a low public profile until the Conservative leadership contest.

Her tough approach on the so-called culture wars and push for a smaller state endeared her with the party’s grassroots.

And she would have stood a good chance of becoming PM if she had been up against Rishi Sunak in the final two.

Like Ms Truss, the MP for Saffron Walden said she supports lower taxes to boost growth.

Ms Badenoch is also not afraid to take on so-called woke warriors and warned people are “exhausted by platitudes and empty rhetoric”.

The Brexiteer, 42, says the UK is “falsely criticised” as oppressive to minorities and is wrongly branded immoral because it enforces its borders.