WASHINGTON (Reuters) – U.S. Congress and White House negotiators spent hours in closed-door meetings trying to reach a two-year deal on federal spending but could not yet wrap up an agreement, Senate Democratic leader Chuck Schumer said on Tuesday. 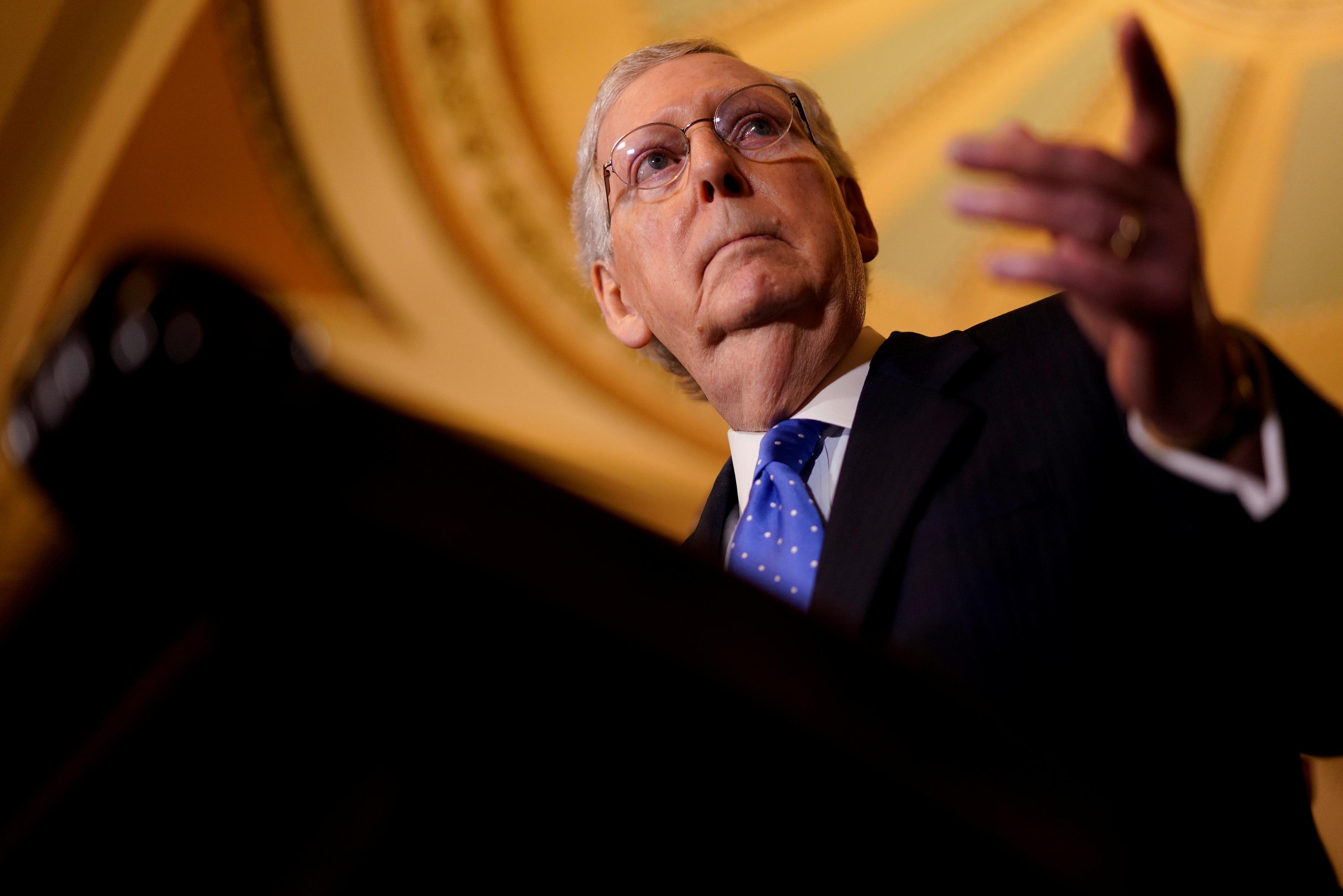 Following an afternoon session, Schumer indicated to reporters that the non-defense side of the budget ledger was a sticking point.

“We’re trying to come to an agreement, and one of the biggest questions is how to fund all of the needs of the middle-class on the domestic side,” he said, adding that no more meetings were scheduled for Tuesday.

Republicans have consistently fought for higher defense spending and paring back non-defense accounts.

An increase in U.S. Treasury Department borrowing authority also was under discussion in the closed-door sessions.

Earlier in the day, Senate majority leader Mitch McConnell, a Republican, told reporters that he had hoped to wrap up the negotiations by day’s end.

“The agreement would be a two-year caps deal, which would allow us to go forward with some semblance at least of a regular appropriations process. It would also in all likelihood include the debt ceiling.”

Treasury later this year is expected to exhaust its statutory borrowing authority amid heavy deficit spending by the federal government.

The four top Democrats and Republicans in the House of Representatives and Senate, along with Treasury Secretary Steven Mnuchin and acting White House Chief of Staff Mick Mulvaney, met for about three hours during two sessions in the Capitol. Congressional leaders said progress was made.

Following the meetings, Schumer and Democratic House Speaker Nancy Pelosi said in a joint statement the talks were “productive” and they looked forward to further negotiations.

Earlier, Schumer said it remains to be seen whether Republican President Donald Trump would back a pact if one emerges.

In the past, Trump at the last minute has criticized some arrangements that congressional negotiators thought had his support.

Failure to reach a bipartisan deal on spending could set up another showdown between Congress and the White House in September like the ones late last year and early this year that resulted in partial government shutdowns.

Without legislation to extend Treasury’s borrowing authority, Washington would be flirting with a U.S. default on its debt, shaking global financial markets.

Even with an agreement for the next two years on overall spending levels, the House and Senate still have to pass a series of appropriations bills to carry out the accord.