WASHINGTON (Reuters) – Advisers to President Donald Trump and congressional Democrats were set to discuss the next steps in responding to the coronavirus crisis on Tuesday, with congressional Republicans saying they were working on a $1 trillion relief bill. 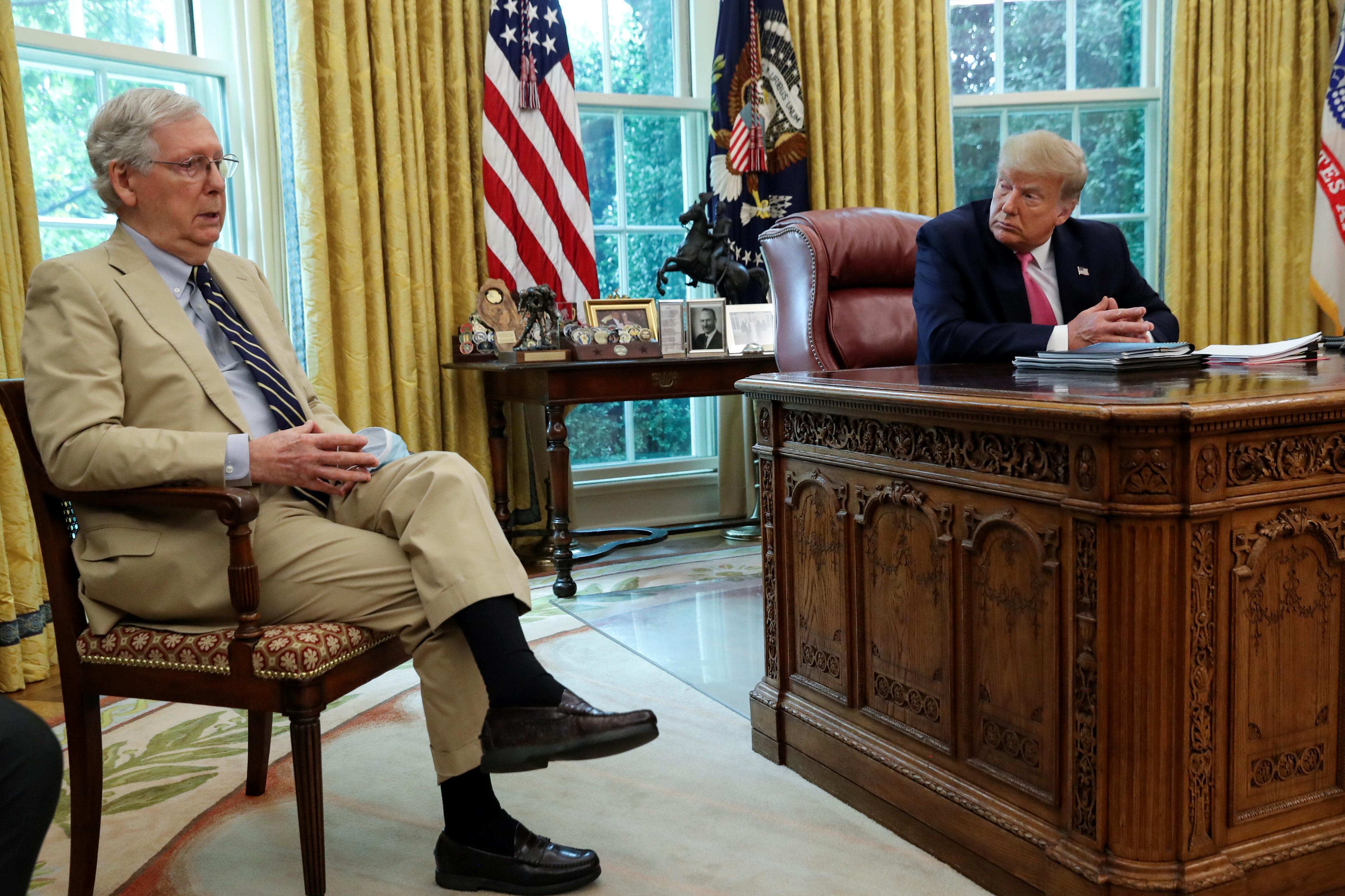 In a meeting on Monday at the White House, Republican lawmakers and administration officials said they were making progress toward fresh legislation aimed at cushioning the heavy economic toll of the pandemic.

“Senate Republicans will put forward our proposal soon, I hope our Democratic colleagues will be ready to work together,” said Senate Majority Leader Mitch McConnell, who hopes to unveil the proposal this week.

The Republican-controlled Senate and Democratic-led House of Representatives have less than two weeks to hammer out a new relief package before enhanced unemployment benefits run out for tens of millions of American workers made jobless by the COVID-19 pandemic.

House Republican leader Kevin McCarthy said the Republican proposal would include a cut to the payroll tax on workers’ gross earnings, which funds national retirement programs. Trump backs such a cut as an economic stimulus, but the idea has stirred little enthusiasm among lawmakers, who worry about protecting Social Security payments.

“We’re working and negotiating with the Democrats and trying to get a plan that helps small business, helps people, helps this country,” Trump said.

Mnuchin did not provide details about the bill beyond saying that it included the payroll tax cut. “It’s in the bill, so we’ll see,” he told reporters.

Schumer warned that Democrats were prepared to stymie any Republican effort to pass partisan legislation. “A bipartisan, bicameral process will result in a much better bill for the American people,” he said in a letter to colleagues.

‘NOWHERE NEAR OUT OF THE WOODS’

Congress has so far committed $3 trillion to the crisis. In the more than 12 weeks since Trump signed the last bill into law, the number of U.S. coronavirus cases has more than tripled to over 3.7 million. The virus has killed over 140,000 people in the United States. Both figures lead the world.

“We are nowhere near out of the woods,” McConnell said.

Mnuchin, who led previous coronavirus bill negotiations with Congress, said he intended to “focus on starting with another trillion dollars. We think that will have a big impact.”

But Democrats have pledged to fight for legislation akin to a $3 trillion bill the House approved in mid-May, providing hundreds of billions of dollars for state and local governments, extending enhanced unemployment insurance and providing new payments to individuals and families.

The prospect for legislation was upstaged over the weekend by reports of White House plans to eliminate funding for testing, drawing opposition from Republicans as well as Democrats.

“I’m for whatever it takes to get enough tests out there to safely open up schools and other aspects of our economy,” Senator John Thune, the Senate’s No. 2 Republican, told reporters.