WASHINGTON (Reuters) – The Democratic-led U.S. House of Representatives is set to vote on Tuesday on a bill to reinstate landmark net neutrality rules repealed by the Federal Communications Commission (FCC) under President Donald Trump. 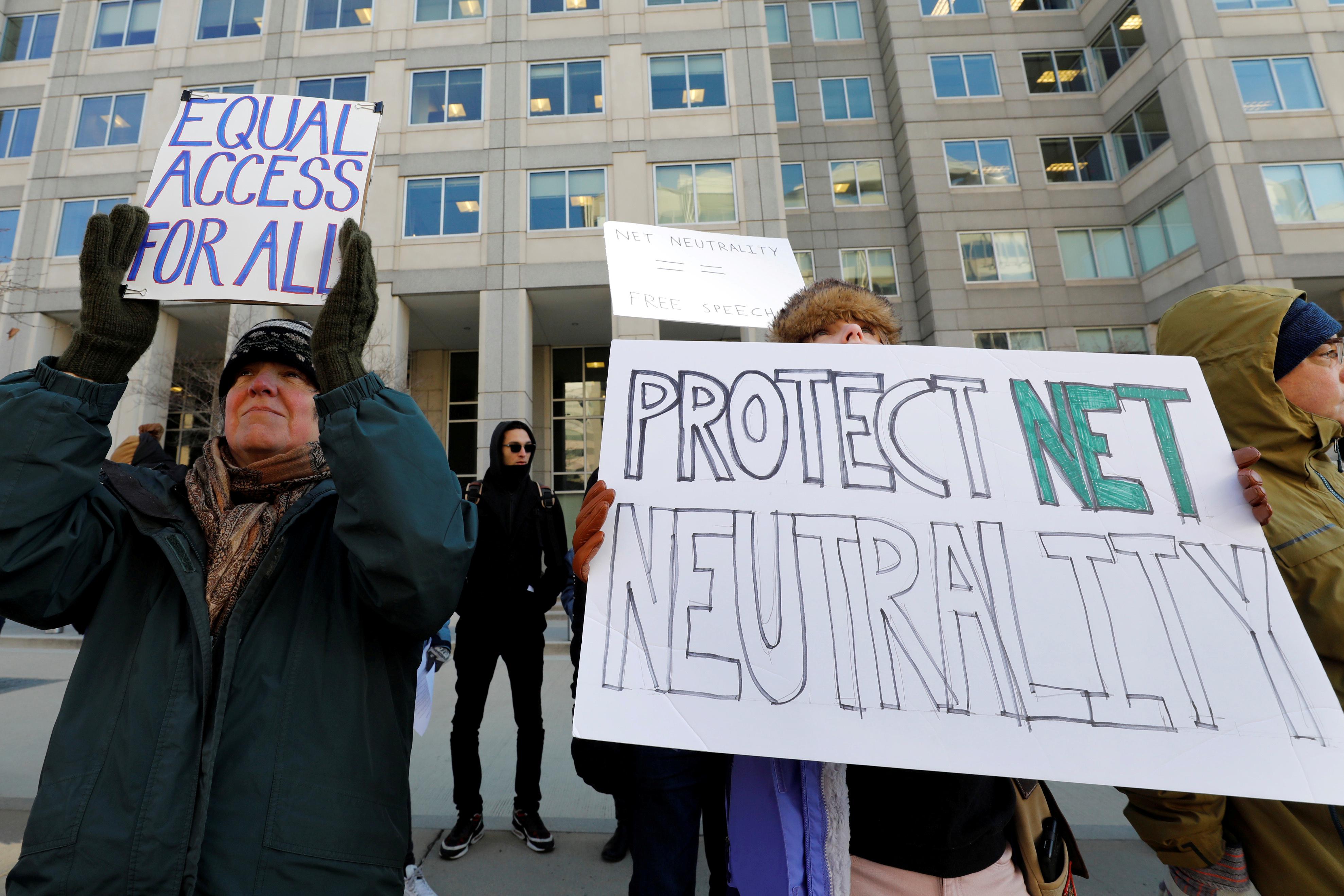 Republicans oppose the effort arguing it would grant the FCC too much authority over the internet and deter private sector investment.

The reversal of net neutrality rules was a win for internet providers such as Comcast Corp, AT&T Inc and Verizon Communications Inc, but opposed by companies like Facebook Inc, Amazon.com Inc and Alphabet Inc.

Late on Monday, the White House told Congress that if the bill were approved Trump’s advisers would recommend he veto it. The White House “strongly opposes” the measure that would “return to the heavy-handed regulatory approach of the previous administration,” it said in a statement.

The bill would repeal the order introduced by FCC Chairman Ajit Pai, bar the FCC from reinstating it or a substantially similar order and reinstate the 2015 net neutrality order.

Representative Mike Doyle, a Democrat, noted polls suggest most Americans back net neutrality. The bill, he said, “would restore popular, bipartisan, common sense net neutrality protections, and put a cop back on the beat to protect consumers, small businesses, and competitors from unjust and unreasonable practices” by internet providers.

Pai, who expressed regret last month about how much attention the net neutrality debate has consumed, suggested restoring FCC oversight would lead to an internet “that works as quickly as your DMV, that runs as reliably as Amtrak and ultimately is as popular as your post office.”

House Republican Leader Kevin McCarthy dubbed the effort the “Democrats plan to take over the internet” and suggested the FCC could impose new taxes on internet service like telephone and cable bills.

The FCC in 2015 in reclassifying internet service said it had significant oversight authority, including the ability to set rates for internet service, but said it was opting not to use it.

Gigi Sohn, a former senior aide to FCC Chairman Tom Wheeler, who ran the agency when the net neutrality rules were adopted, said the rules ensure “internet users, not broadband providers, decide winners and losers on the Internet.”

The Senate, which is controlled by Republicans, voted in May 2018 to reinstate the rules, but the House did not take up the issue before Congress adjourned. It is unclear if proponents will be able to force a vote in the Senate.

Khaled Ahmed spent nearly three months in hospital – two of which were in intensive care – fighting coronavirus. The self-described healthy and “very sporty”…