WASHINGTON (Reuters) – Impeachment proceedings against U.S. President Donald Trump for pressuring Ukraine to investigate a political rival will reach a critical stage next week when a Democratic-led congressional committee holds its first public hearings on the issue.

In a move that raises the stakes ahead of a presidential election year, Democrats said on Wednesday the U.S. House of Representatives Intelligence Committee would hold open hearings with three career U.S. diplomats who have expressed alarm about Trump’s dealings with Ukraine.

They will testify on Nov. 13 and 15, said Adam Schiff, the committee’s Democratic chairman who wrote on Twitter that there was “More to come.” The diplomats and others have already testified to lawmakers from both parties behind closed doors.

Televised public hearings featuring U.S. officials testifying in Congress about alleged wrongdoing by Trump could crowd out other issues like the economy and immigration as voters turn their minds to the November 2020 election.

That might damage Trump, though some of his supporters say the impeachment drive could actually boost his re-election chances by showing him at loggerheads with Washington-based political foes.

Democrats had said they had enough material to move forward with public impeachment hearings, which would be a likely prelude to articles of impeachment – formal charges – against Trump being brought to a vote in the House.

“We are getting an increasing appreciation for just what took place during the course of the last year and the degree to which the president enlisted whole departments of government in the illicit aim of trying to get Ukraine to dig up dirt on a political opponent as well as further a conspiracy theory about the 2016 election that he believed would be beneficial to his re-election campaign,” Schiff told reporters.

If the Democratic-controlled House votes to impeach Trump, the Republican-controlled Senate would then hold a trial on whether to remove Trump from office.

Senate Republicans have so far shown little appetite for ousting the president.

Taylor has provided some of the most damaging testimony to date, telling lawmakers on Oct. 22 that Trump made the release of nearly $400 million in security aid to Ukraine contingent on Kiev publicly declaring it would carry out politically motivated investigations demanded by Trump against former U.S. Vice President Joe Biden.

Taylor said he was told by Gordon Sondland, the U.S. envoy to the European Union, that Trump had linked release of the aid to Ukrainian President Volodymyr Zelenskiy publicly declaring that he would investigate Biden, and his son Hunter Biden, as well as a debunked conspiracy theory about the 2016 election.

Joe Biden is a leading contender for the Democratic nomination to run against Trump in the November 2020 election.

Trump has blasted the House inquiry as a witch hunt and accused Democrats of unfairly targeting him in hope of reversing his surprise victory in the 2016 presidential election. In a tweet on Wednesday, Trump called the probe a “phony scam.” 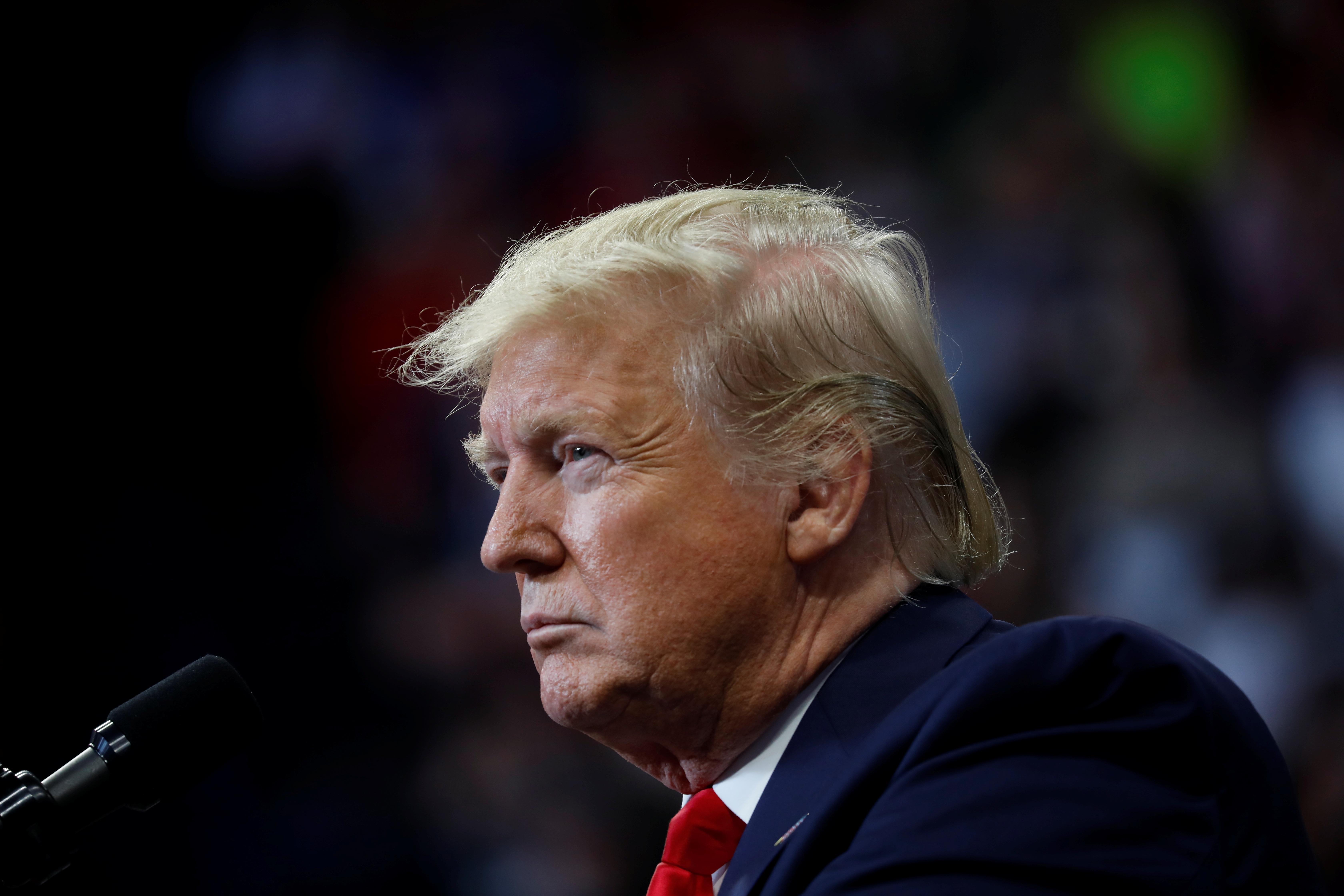 Democrats have defended the investigation, citing concerns that the president misused his public office for personal gain.