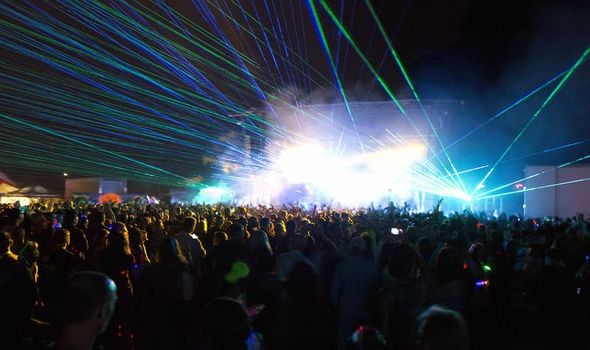 The Health Secretary said: “We’ve looked at it properly and whilst we should keep it in reserve as a potential option, I’m pleased to say that we will not be going ahead with plans for vaccine passports.”

He also told the BBC’s Andrew Marr Show: “I’ve never liked the idea of saying to people you must show your papers or something to do what is just an everyday activity but we were right to properly look at it.”

Prime Minister Boris Johnson is expected to confirm the U-turn when he sets out his winter Covid strategy tomorrow. The controversial certification scheme would have forced venues to check people’s vaccine status.

It had been thought it would be introduced at the end of this month.

No10 stressed the plan would still be kept “in reserve” should it be needed over autumn or winter.

But Mr Johnson shied away from the scheme after scientists said vaccinations would be an effective first line of defence against a winter wave of coronavirus.

He had also faced a backlash from Tory backbench rebels, who argued that enforcing jab passports would create a group of second-class citizens.

The decision draws another dividing line within the UK, as Scotland’s Nicola Sturgeon has already confirmed that a certification scheme will be launched there from October 1.

Yesterday’s official figures show almost 44 million people in the UK have been double-jabbed against Covid. There were 56 new Covid-related deaths reported and 29,173 new cases ‑ slightly lower than the previous week.

In his big set-piece tomorrow, Mr Johnson will scrap some of the swingeing powers that the Government took to manage the response to the disease.

He will all but rule out further lockdowns to control an anticipated surge over the coming months. This was also confirmed by Mr Javid yesterday, who insisted he was “not anticipating any more lockdowns”.

Asked if Britons would get a Christmas this year, he said: “Yes, of course we get Christmas and the New Year.”

Scrapping the passports was welcomed by the hospitality sector.

Michael Kill, chief executive of the Night Time Industries Association, said: “We hope that businesses will now be able to plan for the future with some degree of certainty, regain confidence from customers and the workforce and start to rebuild a sector that has consistently been at the sharp end of this pandemic.”

Sacha Lord, night time economy adviser for Greater Manchester and co-founder of Parklife festival, said: “The plans were untenable and illogical and there were multiple factors which would have been discriminatory and legally questionable.

“We can now move forward without hesitation or vague regulations.”

Vaccine passports had caused growing disquiet among Tory ranks too.

Vaccines minister Nadhim Zahawi faced a backlash defending the policy in the Commons last Wednesday, with his MPs accusing the Government of picking an “unnecessary fight”.

“It’s great that so many have stepped up to be vaccinated which has helped make this decision.”

Mark Harper MP, chair of the Tories’ Covid Recovery Group, said: “[Passports] shouldn’t be kept in reserve. They are pointless, damaging and discriminatory.”

Another major step set to be revealed by Mr Johnson tomorrow is that the powers to shut down swathes of the economy and impose limits on gatherings will be repealed.

The temporary closing of schools and powers to detain infectious people under the Coronavirus Act are also no longer seen as necessary.

The plan is a response to the way Covid has evolved over the summer, at a much lower level than scientific models predicted earlier this year.

Ministers are also preparing to scrap the travel traffic light system for travelling abroad and will treat green and amber list countries the same. The red list will remain.

People who’ve been doubled-jabbed are likely to be allowed to visit countries with similar Covid rates to the UK without the need to self isolate.