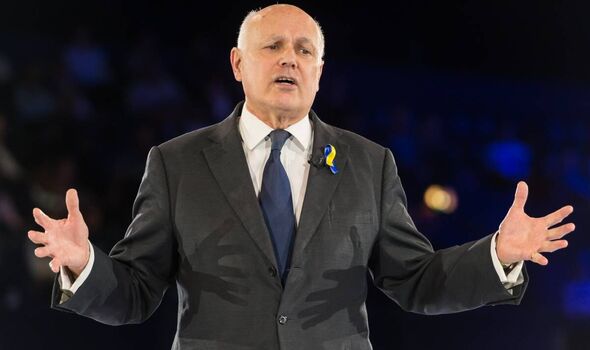 Some 29 percent of Britons fear falling into a debt spiral because of higher festive costs, the Centre for Social Justice (CSJ) has found.

Ex-work and pensions secretary Sir Ian said: “For millions, there’s not much to celebrate. While the Government is to be applauded for making a number of special provisions these are desperate times for the most vulnerable, with many of those just about managing being dragged into problem debt.

“There is still more we can and should do, at marginal cost, to bring a bit more cheer and hope to those facing a bleak Christmas.”

The think-tank’s poll reveals that 22 million plan to cut back on presents for loved ones this year.

Twenty-two percent would prefer Christmas to be cancelled altogether – the equivalent of 11.5 million people – which is a 3.5 million rise on last year.

Matthew Greenwood, the CSJ’s head of debt, said: “This is going to be a tough year for everyone but it’s clear we need to be better at creating the right environment for consumers to build their financial resilience and access credit when they need it.”

The CSJ urged ministers to restore work allowances in Universal Credit to 2016, bringing a £450 boost on average.

A Government spokesman said: “We reduced the Universal Credit taper rate from 63 to 55 percent and increased work allowances by £500 per annum – this means 1.7 million households will on average keep about an extra £1,000 a year.”