Conservative MPs and even former Labour parliamentarians have lashed out at the Opposition leader for having been a part of the pacifist’s top team ahead of the last general election. They claimed Mr Corbyn was unfit to be Prime Minister and should not have been supported in his aims to enter No10.

Mr Corbyn sparked outrage after he claimed the UK and other Western nations were “only going to prolong and exaggerate this war” by “pouring arms into Ukraine” to defend itself from Russian aggression.

He said: “What I find disappointing is, that hardly any of the world’s leaders use the word ‘peace’.

“They always use the language of more war and more bellicose war. 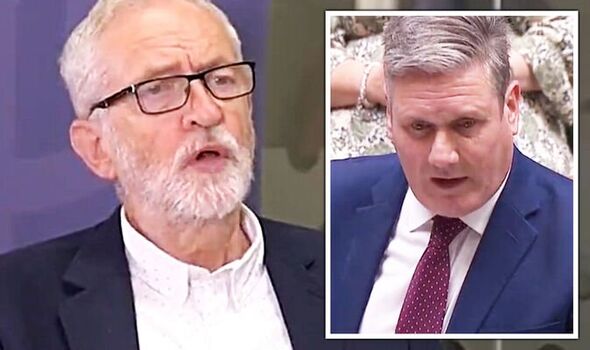 He suggested Kyiv should enter a peace settlement with Moscow.

This been met with horror across Britain, with the remarks seen as an insight into exactly what the UK’s policy on standing up to Russia may have been in Labour won the last election.

Conservative MP for Ipswich Tom Hunt said: “Starmer and co would like us all to forget that twice they fought night and day to make Jeremy Corbyn PM. We won’t.”

The Labour party’s former MP for Dudley North, who resigned from the party in protest at Mr Corbyn’s leadership, said: “Imagine what would have been happening if Corbyn had won the election.”

Appearing to take a swipe at Sir Keir and others who served in the former leader’s shadow cabinet, he added: “Why did people who supported his leadership not realise this at the time and help us try to get rid of him?”

Mike Gapes, who also quit Labour to join the short-lived Change UK group, said: “Corbyn showing once again why he was unfit to be Leader of the Labour Party and potential Prime Minister. 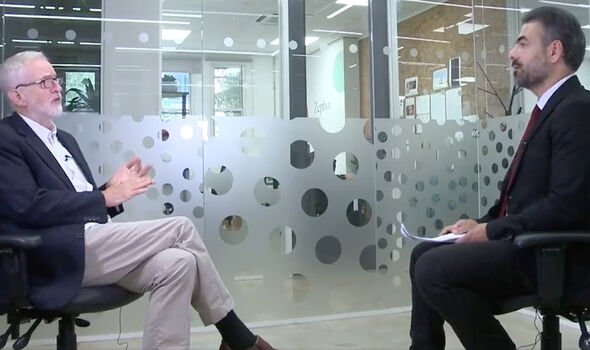 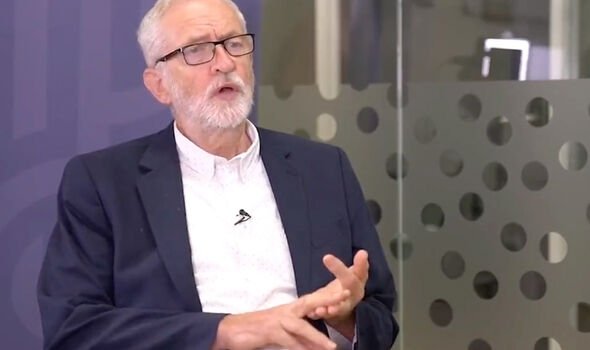 “Yet so many Labour MPs and members were prepared to support this threat to our national security.

“And he is still a member of the Labour Party.”

Sir Keir Starmer suspended the Islington North MP from the parliamentary Labour Party in the autumn of 2020, however, his predecessor continues to be a paying member of wider movement. 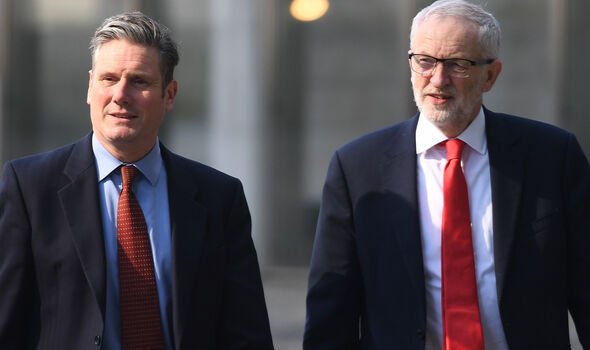 In November last year, the Holborn and St Pancras MP appeared to stand by his support for Mr Corbyn at the last election, telling BBC Radio 4’s Today programme: “A Labour government is always better than a Conservative government.”

Boris Johnson has been praised repeatedly by Ukraine’s President, Volodymyr Zelensky, for his role in standing up to Moscow.

The leader of the Eastern European democracy said Britain’s support under his leadership had made the UK one of Ukraine’s closest allies.

Sir Keir has been vocal in distancing himself from his predecessor’s views on war in Ukraine in recent months.

He has repeatedly spoken of his pride in NATO and the need to stand up to the Kremlin.

In February, just days after Mr Corbyn claimed NATO expansion was behind Russia’s threats to invade Ukraine, the Labour leader said such views were at best “naive, at worst they actively give succour to authoritarian leaders who directly threaten democracies”.

He added: “Some on the left may be sympathetic to those siren voices who condemn Nato.

“But to condemn Nato is to condemn the guarantee of democracy and security it brings, and which our allies in eastern and central Europe are relying on, as the sabre-rattling from Moscow grows ever louder.”