Boris Johnson's leadership will be a 'slow death' says Neil

Prime Minister’s Questions kicks off this afternoon without Boris Johnson or Sir Keir Starmer. The two political leaders will be absent from their usual spots on either side of the House of Commons despatch box, with deputies serving in their place. Angela Rayner and Dominic Raab face one another at 12pm for only the third time today.

Where is Boris Johnson?

Mr Raab is stepping in for Boris Johnson while he fulfils a bumper schedule of international talks.

The Prime Minister has spent the last week abroad attending various summits and meetings with other world leaders, which continue today.

NATO has a scheduled summit in Madrid which could prove transformative for the military alliance. 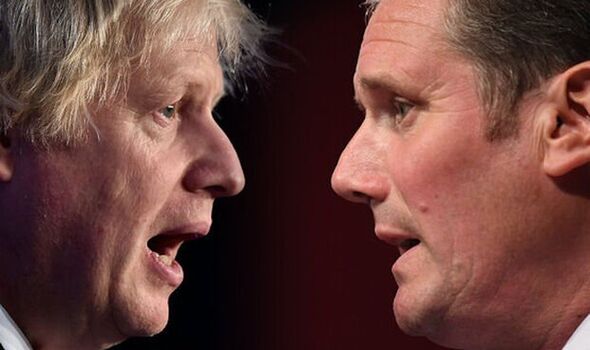 His first scheduled discussions are with the Australian, Turkish and Dutch premiers.

He will then host trilateral talks with the Prime Ministers of Finland and Sweden, two nations now destined for NATO membership after Turkey signalled its approval yesterday.

The Prime Minister is due to hail the decision on video later today, having spent weeks pressing Recep Tayyip Erdogan to admit the two nations. 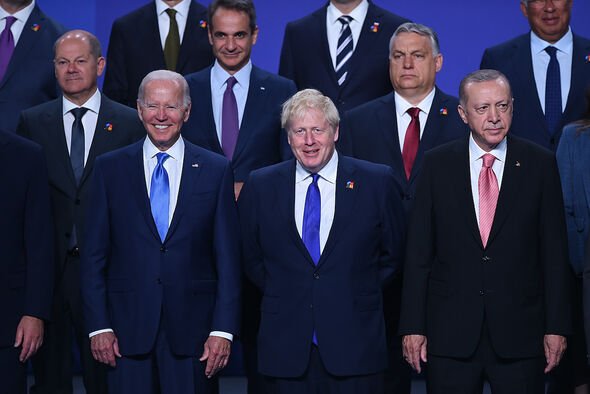 But his victory is slightly tainted by domestic debates in the UK about defence spending.

As he landed in Spain on Tuesday, Mr Johnson demanded fellow members to contribute more to NATO.

But his Cabinet is reportedly locked in a dispute over whether to increase cash for the armed forces.

Defence secretary Ben Wallace has called for higher defence spending as the global threat “is changing”, he said in a speech today, after Mr Johnson announced he would drop the Conservative manifesto pledge to spend 0.5 percent above inflation yesterday. 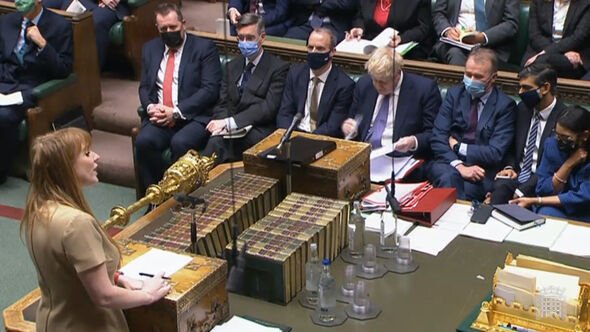 Where is Keir Starmer?

Sir Keir Starmer is handing over to Ms Rayner today, but it is unclear what he has planned in place of PMQs.

A Labour Party spokesman did not comment when asked where the leader would be today.

Like the Conservatives, Labour’s 2019 manifesto has also received renewed attention.

Despite building support off the successful 2017 manifesto, Sir Keir has said he is scrapping the document for an all-new version.

Speaking to the New Statesman at an event on June 28, he said he put the document “to one side” and would “start from scratch” with new policies.

He said: ″What we do have to recognise is that having come through the pandemic, we need to look at everything in the round, and make choices about where we want to put our money.”

His reformed manifesto may keep one aspect of its predecessors, as he admitted current arrangements for students “don’t really work”.