It’s been a dismal year, but let’s look at the bright side: It’s nearly over.

Recently in Wine School, we had a polite discussion about whether 2020 was worthy of being ushered out with sparkling wine. The verdict was clear: Forget about what 2020 deserves. We have earned all the sparkling wine we want.

The manner in which sparkling wine will be served, though, will differ this year. The Covid-19 pandemic precludes the usual sorts of holiday blowouts and packed celebrations. Instead, corks will be popped quietly among couples, small friendship pods, over Zoom and even alone for those who have had to isolate for one reason or another.

Though the year has certainly been singular, bubbles still feel right to mark its end. While many people will miss the bustle and excitement of crowds, smaller gatherings offer new opportunities to explore the versatility of sparkling wines. Instead of the usual jammed rooms, with standup noshes and snacks, sparkling wines this year may be poured with dinners for two, with a movie or an all-night New Year’s Eve binge.

In anticipation of whatever passes for a celebration this year, I recently shopped on the websites of a number of New York City stores, and picked out 10 sparkling wines well worth drinking.

I know not everybody will have the budget for Champagne prices, by which I mean $40 or more. So I divided the list in two, with five sparkling wines under $30 and five Champagnes $40 and over.

Some of you will note that among the sparkling wines, I’ve included bottles from France, Germany, Italy and Portugal, but not from the United States. That’s partly the random nature of shopping, and because I wanted to offer some new names.

If you yearn for homegrown bubbles, I highly recommend bottles from Roederer Estate, Schramsberg, Iron Horse, Blue Ox, Cruse, Soter and Under the Wire from the West Coast, along with assorted pétillant naturels from all over the country.

The worldwide universe of sparkling wines is exceptionally diverse, with multiple production methods and innumerable grapes involved. Champagne, on the other hand, is generally limited to three major grapes — pinot noir, chardonnay and pinot meunier — and conforms to a single method of production. Yet it, too, is surprisingly varied.

The big Champagne houses account for most of the production, collectively making many millions of bottles annually. These houses practice the art of blending, combining grapes from many different terroirs within the Champagne region, along with aged wines from previous vintages, until they arrive on the style they are seeking.

Some of these are wonderful wines. Others are surprisingly mediocre despite their famous names. Simply emblazoning “Champagne” on a label is no guarantee of quality.

A small fraction, around 6 percent of the Champagne shipped to the United States, comes from vignerons, who both grow their own grapes and make the Champagne. These, too, can be superb, often more idiosyncratic than the big house Champagnes because they are made from smaller sets of sites and older wines. But they can be more expressive of the terroir of a particular village or even a single vineyard.

Just as with the big brands, though, the fact that a bottle comes from a small grower-producer is no promise of quality. The five Champagnes I suggest include two bigger producers and three growers.

Here are my 10 recommendations, from least to most expensive. 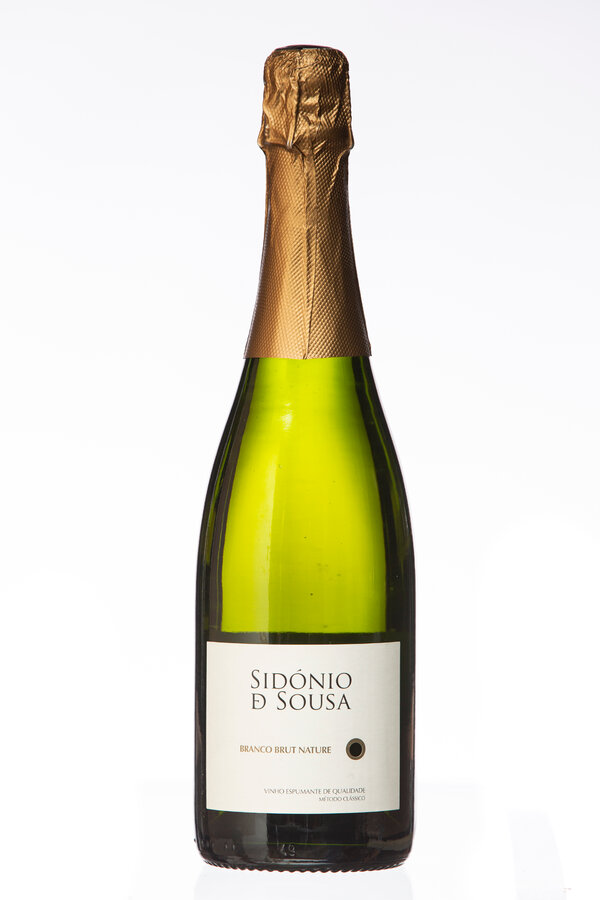 Sidónio de Sousa is a stalwart producer in the Bairrada region of Portugal. The estate works traditionally, even down to aging its wines in old barrels made of Portuguese oak. This wine, a blend of three Portuguese grapes (arinto, bical and Maria Gomes), is balanced and subtle, with flavors of herbs and citrus. It’s a superb value. (NLC Wines, Brooklyn, N.Y.)

This wine, from the tiny appellation of Seyssel in the Savoie region in eastern France, has become part of our regular rotation at home. It’s fresh and energetic, and it tastes almost like walking through a cool cloud on a hot summer day. It’s subtle and insinuating, with flavors that never quite reveal themselves, so you want to keep returning to the glass. The wine is made of molette and altesse, two grapes that are seen largely in the Savoie. (Kermit Lynch Wine Merchant, Berkeley, Calif.)

Matthias Hild farms about 15 acres in the Upper Mosel, near the Luxembourg border. This part of the Mosel is not known for riesling but rather for elbling, an ancient variety that early in the 19th century accounted for 75 percent of the vines in Germany, according to the authoritative book “Wine Grapes.” The best elbling wines I’ve had from the area all share a joyous vivacity. This bottle, made entirely from elbling, is lively, chalky, well balanced and deliciously drinkable. (Vom Boden, Brooklyn, N.Y.)

This natural wine comes from northeastern Italy. It’s a blend of nosiola, chardonnay and sauvignon blanc grown in soils of limestone, quartz, slate and silt, and the tender bubbles come from a second fermentation in the bottle. It’s lovely, with flavors of herbs and grapefruit, easy to drink and to enjoy. (Selection Massale, San Leandro, Calif.)

Agnès and René Mosse are longtime vignerons in the Anjou region of the Loire Valley, producing a wide range of natural wines. This rosé petillant naturel is a blend of the indigenous Loire grapes grolleau and pineau d’aunis. It’s dry, spicy and delightful, gently carbonated, and produced with no sulfur dioxide, an almost universally used antioxidant. Keep it cool and drink it up, not because it’s unstable but because it’s so good. (Louis/Dressner Selections, New York)

This is a superb bottle of Champagne, and I confess it surprised me. Lanson is an old house, founded in 1760. For a while it was something of an orphan, bought and sold repeatedly in the late 20th century. It appears to have achieved some stability now as part of Lanson-BCC, a group that includes Philipponnat, an excellent house, and several other brands. This entry-level bottle is composed of 50 percent pinot noir, 35 percent chardonnay and 15 percent pinot meunier. It was fresh, creamy, brisk, balanced and refreshing, a terrific wine and a good value. (Lanson International Americas, Miami)

Deutz is owned by the esteemed Louis Roederer Champagne house, but operates independently. Over the last few years, I’ve been impressed by the quality and consistency of the wines. The Brut Classic, comprising roughly equal parts pinot noir, chardonnay and pinot meunier, was medium-bodied, yet lively and energetic, with floral and citrus flavors. (M.S. Walker, Boston)

Alexandre Chartogne, the proprietor, is one of the most interesting producers in Champagne. He farms conscientiously in the village of Merfy, north of Reims, where he is the only grower and producer. His series of single-vintage Champagnes are fascinating, and Sainte Anne, his entry-level bottle, has improved steadily over the last decade. It is a blend of the three major grapes, aged in a combination of barrels and steel vats, and is subtle, lively and focused, with creamy, spicy, herbal flavors. (Skurnik Wines, New York)

The village of Ambonnay is renowned for its pinot noir, but small pockets within the area are excellent for chardonnay. Éric Rodez grows both biodynamically, and Cuvée des Crayères is roughly a 60-40 blend, with pinot noir predominant. This is a gorgeous wine, smooth, elegant and distinctive, with precise, savory flavors. (AP Wine Imports, New York)

Low-dosage Champagnes can run the gamut. Some can seem raw or punitively austere. Others are brilliant, and many are somewhere in the middle. This is a good one, made by Benoît Lahaye, one of the top practitioners of the style. Mr. Lahaye, based in the village of Bouzy, farms biodynamically, and I have generally found his Champagnes to be exceptional. This bottle, mostly pinot noir with about 10 percent chardonnay, was fresh, lively, energetic and lightly floral, with depth and dimension. (V.O.S. Selections, New York)