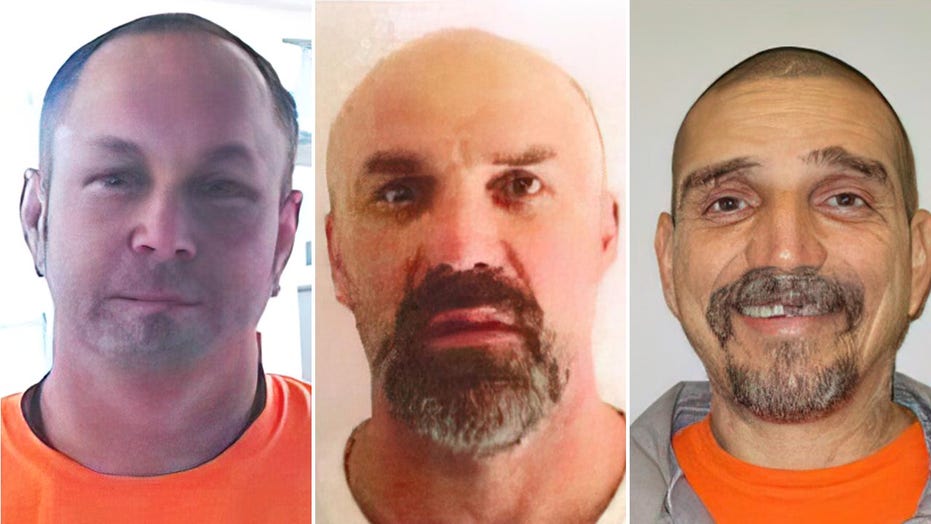 Three Oklahoma inmates escaped from their respective department of corrections facilities in separate incidents over the course of two weeks, with a manhunt underway for the most recent runaway, according to a Wednesday press release.

Ravin Gunter, 50, “walked away from” Oklahoma Department of Corrections’ Clara Waters Community Corrections Center in Oklahoma City sometime Tuesday night, and authorities first noticed his absence during an inmate count at 10:20 p.m., the ODOC said Wednesday morning. Gunter was serving a 15-year sentence for convictions of burglary and eluding.

Authorities described him as being a White man, 5-foot-9 inches tall and weighing 185 pounds, with low-cut brown hair. He was still missing as of 12:30 p.m. ET.

Gunter was the third inmate to have fled from ODOC facilities in separate instances over a matter of only two weeks – and the second escapee to have done so on Tuesday alone, according to department records.

Earlier that day and about 130 miles away, 47-year-old inmate Joseph Orlando slipped away from Mack Alford Correctional Center, a minimum-security facility in Atoka. Employees noticed his absence during a noontime inmate county, but were able to re-apprehend him hours later, ODOC said.

Meanwhile, 56-year-old Frank Logan escaped the Oklahoma State Reformatory in Granite on March 27 and led authorities from around the state on a multi-day manhunt.

Logan, who has been in ODOC custody since at least 1987, is currently serving multiple sentences, including 60 years for a prior escape from imprisonment, the department said. He was alleged to have a known affiliation with the United Aryan Brotherhood and boasts a history of escaping custody, authorities said.

He was nabbed on March 29, less than 48 hours later, after a member of the public called 911 that morning to report that he saw someone matching Logan’s description “approaching people asking to use a phone,” ODOC said.

Each inmate faces additional charges related to their escapes.