THREE women and a child have been killed after their car was hit by a high-speed train on a level crossing in Spain.

Local reports said the four victims killed in the horror smash on the Costa Blanca could be members of the same family. 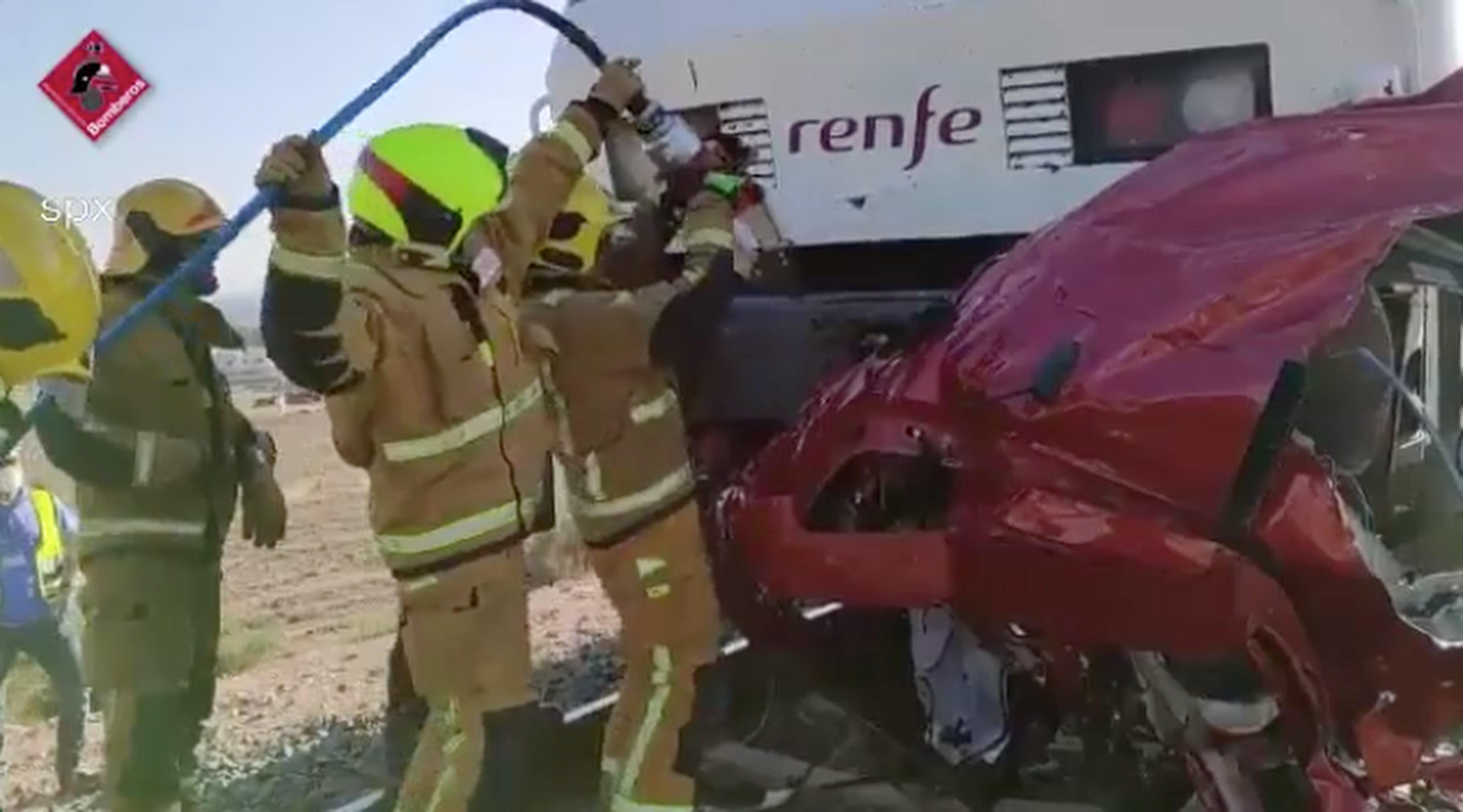 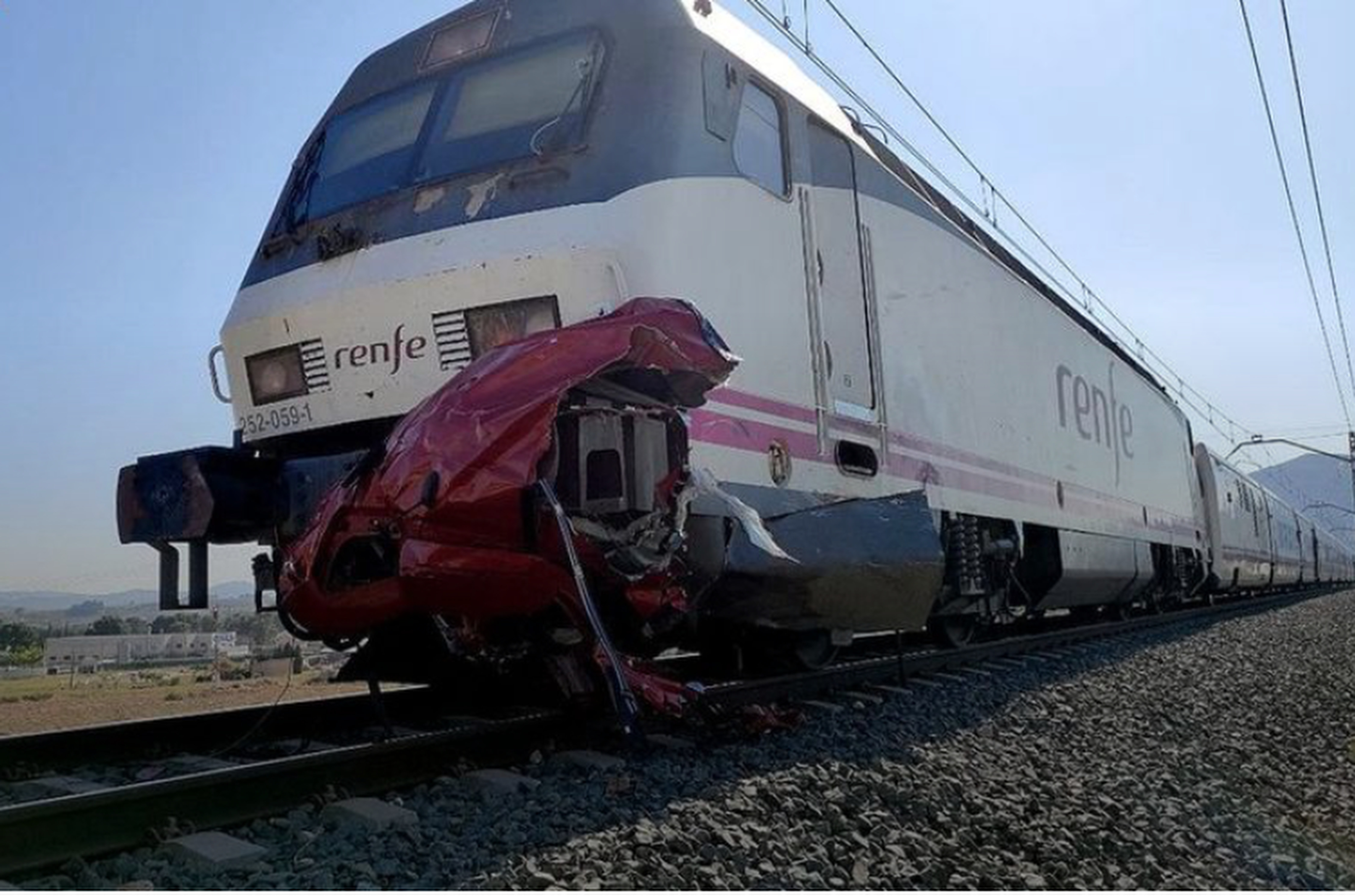 The tragedy occurred around 5.15pm this afternoon by a railway station in Novelda near Alicante.

The Intercity train that ploughed into the vehicle was travelling from Barcelona to Lorca near Murcia in south-east Spain.

None of the passengers on the train were hurt in the smash, although one woman on board was treated for a panic attack.

Novelda mayor Fran Martinez went to the scene of the tragedy as soon as he was told the victims could be from Petrer a ten-minute drive away.

The four people who were killed died instantly.

Four coaches have been mobilised to take the train passengers to their destination.

An investigation is underway although initial reports based on witness testimony are pointing to the victims driving through a closed barrier on the level crossing.

Mayor Martínez said witnesses found the level crossing barriers lowered and jumped them just as the train was crossing.

After the horrifying crash the train driver managed to brake 1,200 meters ahead, with part of the damaged vehicle embedded in the front of the train.

The train left Barcelona around midday and was due to arrive at Lorca at 8.07pm.

Neighbours informed the Local Police of Novelda, who raced to the scene with an ambulance.

The car is registered in the nearby municipality of Petrer, according to Martínez. 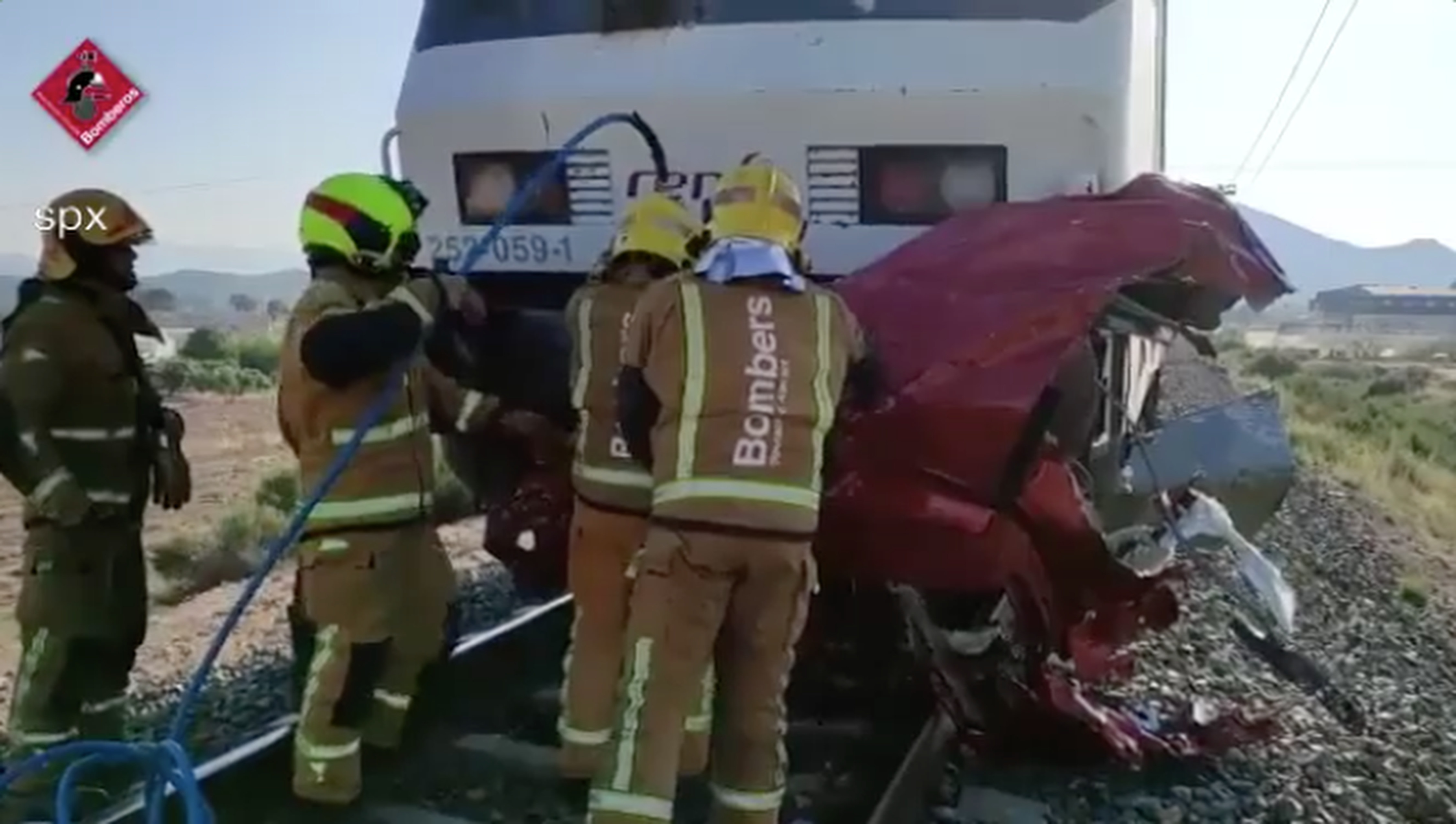 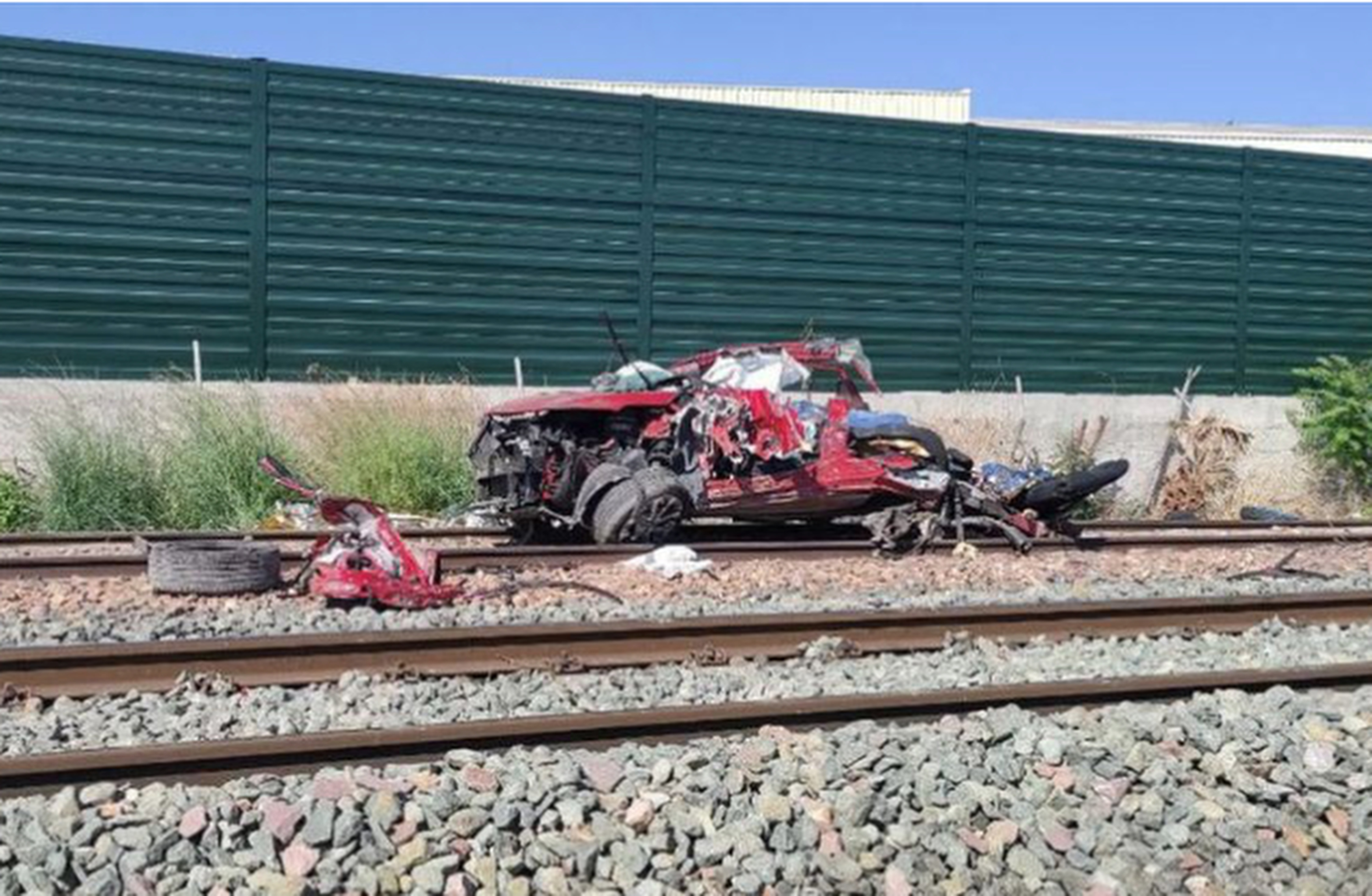