A 73-year-old man has been awarded $120,000 in damages and $85,000 in legal costs after winning a defamation battle against a fellow churchgoer over Facebook posts branding him a scammer.

In the latest in a series of Australian defamation cases involving slurs on social media, the Melbourne man launched court action over six Facebook posts between January and March 2018. 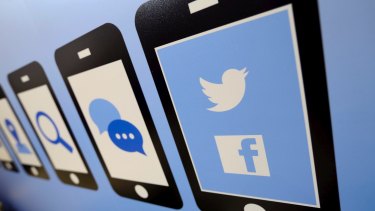 The Melbourne man sued for defamation over a series of six Facebook posts.Credit:Bloomberg

The posts were written by a parishioner at St Mina and St Marina Coptic Church in Hallam from whom the man had borrowed $30,000 in about July 2017.

The terms of the loan stipulated the money would be repaid with interest by December 24 that year. When the money was not repaid that month, the lender uploaded a series of critical comments to his wife's Facebook page starting on January 17, 2018.

"An elderly Coptic man from St Mina’s Church is asking our entire congregation to borrow money. He will cry. He will appeal to your pity. Do NOT be fooled," the post, headed "warning", opened.

"This man has deceived many people, including me. Tens of thousands of dollars have been loaned to him and he disappears and moves onto the next victim."

The post, which was public rather than being restricted to the wife's Facebook friends, named the plaintiff in the case.

A later post, on the same day, the author of the posts asserted that "the running total so far is $70,000 owing to several Coptic families. This is separate to the people he has deceived before".

In a final post, on March 16 that year, the lender wrote: "I have warned all our friends that he is a scammer and a thief. Now I can add that [he] is a liar too."

The man identified in the posts launched defamation proceedings in the County Court of Victoria.

The defendant in the proceedings initially sought to defend the posts on the basis the comments were true or an expression of honest opinion. He subsequently abandoned the defences and the court's sole task was to determine the quantum of damages.

In a judgment on Monday, Judge Richard Smith said "the gravity of the posts and the plaintiff’s social standing in his Church and community require a substantial award of damages in order to convince bystanders of the baselessness of the allegations against the plaintiff".

"Many people, for a variety of reasons, encounter hard times financially … [and] many require financial assistance from time to time. These are concepts which are not indicative of dishonesty," Judge Smith said.

"Allegations of the sort made concerning the plaintiff in the posts were likely to have been viewed by members of the community as extremely serious."

Earlier this year, a 75-year-old Sydney man who was investigated by his employer after he was wrongly accused in emails of being a "peeping Tom" was awarded $20,600 in damages for defamation.