An elementary schooler from the Bay Area stole the show at his school’s winter concert with his smooth dance moves.

Jaden Williams, 8, performed with his classmates at Beechwood School in Menlo Park on Dec. 14. In a video taken by the mother of one of Jaden’s classmates and shared on Instagram, the class performance appeared to begin as planned when the music started to play.

Seconds into the performance, when the students began to sing, the elementary schooler flipped a switch and broke out into dance for the remainder of the song.

While the rest of his class continued to sing, Jaden added his own flair to his performance, breaking out new moves every few seconds. The elementary schooler swayed his hips and embellished some movements to the tune, and broke out a few popular TikTok dances for good measure.

The crowd naturally went wild for Jaden’s incredible moves. In the background of the video, people in the audience can be heard cheering for the elementary schooler, as well as a few chuckles for the sillier parts of his routine. 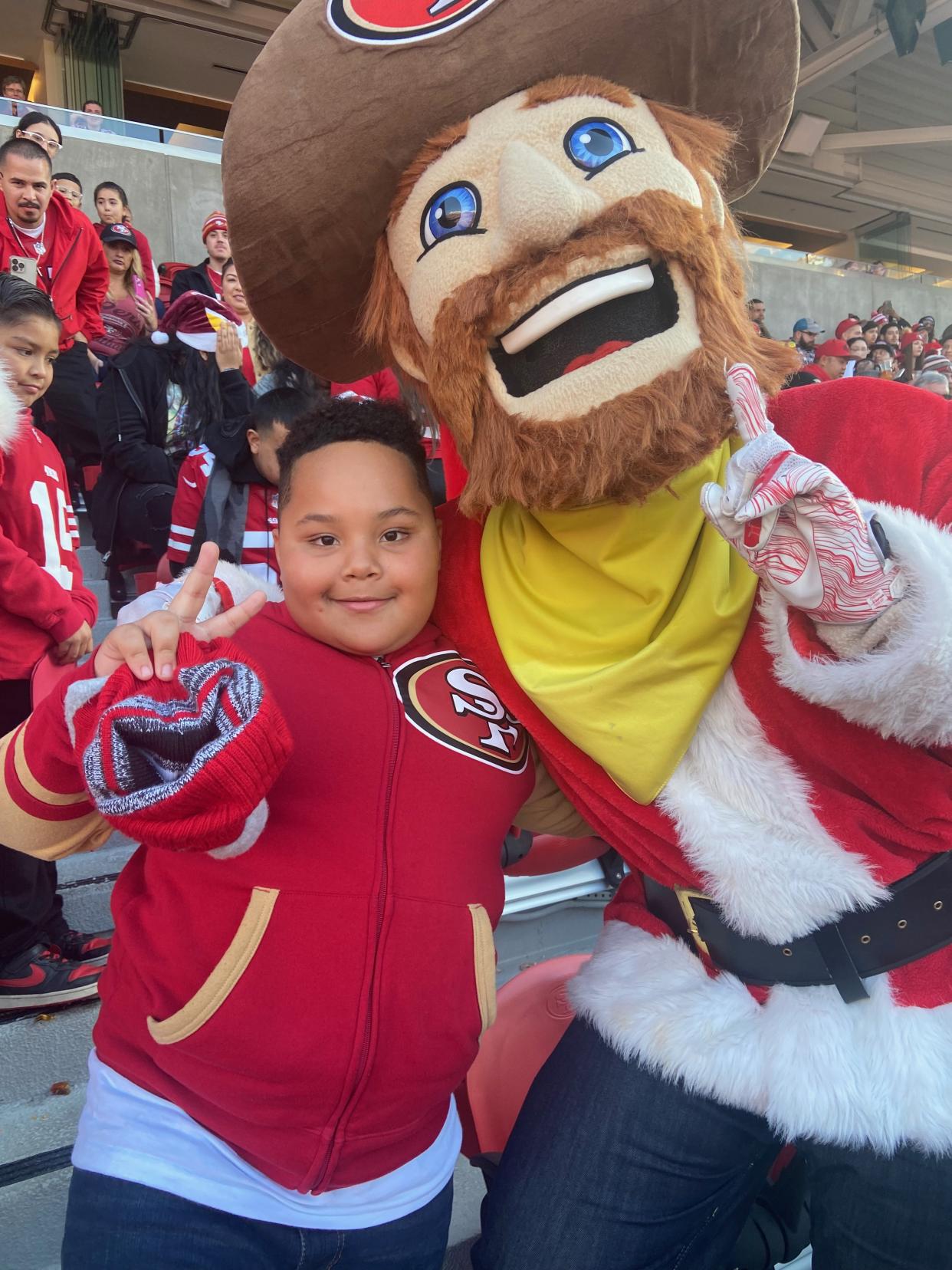 The video has amassed 22 million views on Instagram since it was posted Dec. 15 and has more than 700,000 likes. The comment section is filled with support for the young performer, celebrating his energy and his impeccable dancing.

It also captured the attention of a few special people, including Viola Davis, who reshared the video with her Instagram audience, adding a sweet note to the student that read, “Go Jaden!”

In addition to Davis, the video also ended up on the radar on one of Jaden’s favorite football teams, the San Francisco 49ers. On the original video, the team shared a message of support to Jaden, writing, “Ok Jaden!! We see you!”

The team went one step further and invited Jaden and his family to the 49ers’ Christmas Eve game against the Washington Commanders, where he broke out his dance moves once again in a video shared by his mom on Instagram. Williams said her son had a grand reaction to the surprise, explaining, “He screamed, he even prayed, and then at the end, he’s like, ‘Well, can I practice with them?’”

Williams said Jaden gets his big personality from his father, Kirk Williams Jr., and has been dancing since he was 2-years-old.

“He just loved to dance. Every time he hears music, he’ll just dance everywhere,” she explained. “Even when we go to family reunion parties, weddings, birthdays, he’ll just be in the middle of the attention of everybody and just takes off dancing.”

Jaden took dance lessons for a couple of years starting when he was 4 but stopped to pursue other interests like football, where he plays defensive tackle and fullback. Even though he stopped taking lessons, Jaden’s love for performing hasn’t faded, which was evident by his sweet moves at his winter concert.