We’ve got your number! Shocking 91% of motorists back plan to force cyclists to sport registration plates, poll suggests

Broadcaster Jeremy Vine yesterday led a backlash against proposed tougher road rules for cyclists – but a poll found a huge majority of drivers back them.

It came after Grant Shapps suggested cyclists could be forced to have registration numbers, insurance and observe speed limits under a legal shake-up.

In particular, the Transport Secretary wants cyclists to abide by 20mph speed limits in the same way motorists have to.

BBC presenter Mr Vine, a keen cyclist, appeared to take aim at the plans by posting a mock-up image of a bike with a number plate, alongside the caption ‘Yes, I’m ready’. 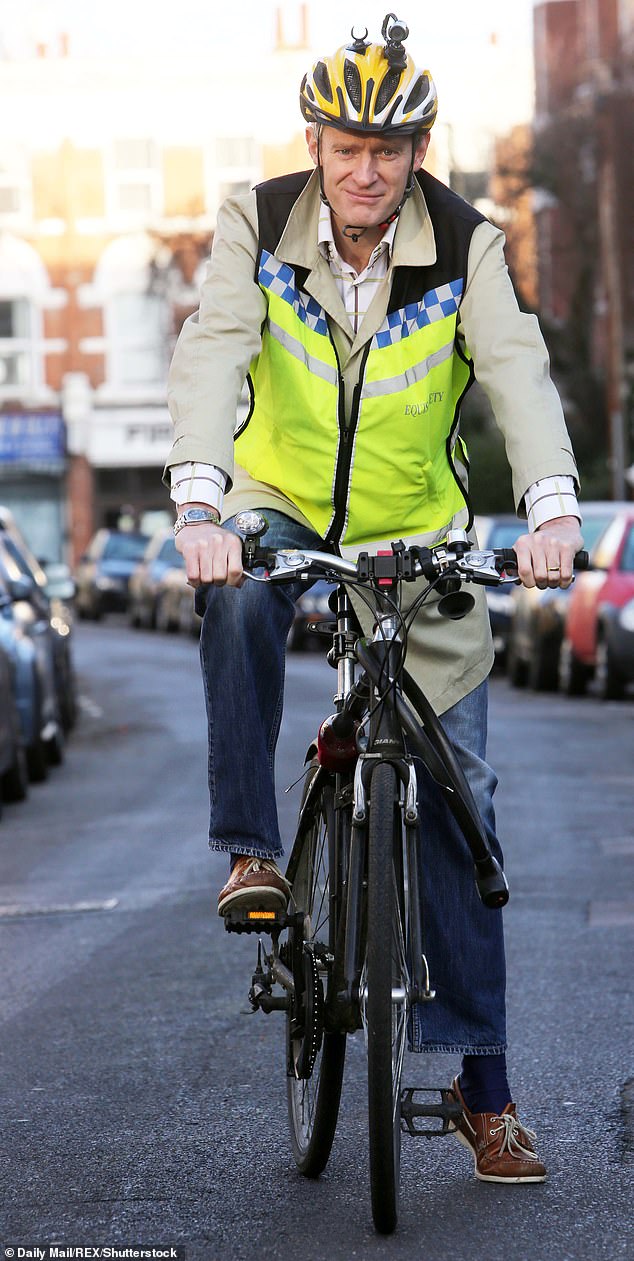 Jeremy Vine, pictured, who is a keen cyclist, appeared to oppose the plans which Transport Secretary Grant Shapps has suggested, including bikes having insurance and registration numbers and obeying 20mph speed limits in the same way as drivers 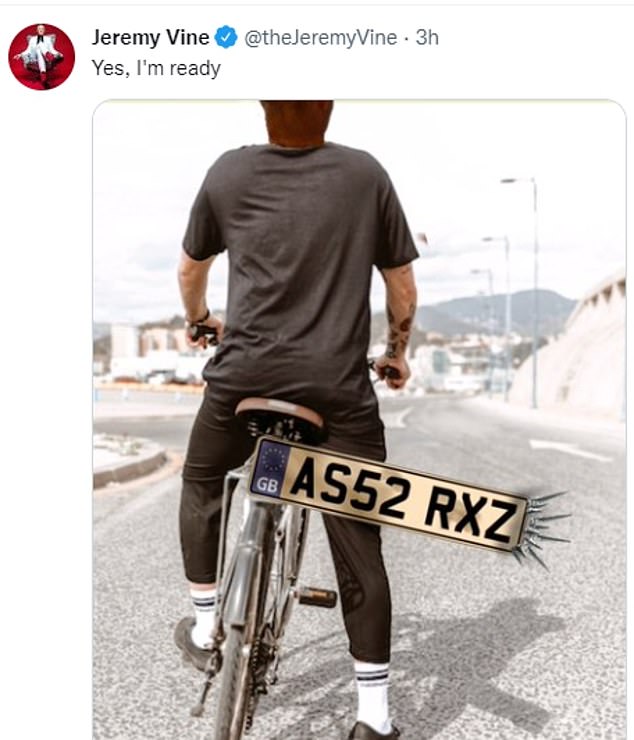 Mr Vine tweeted a mock-up image of a bike with a number plate, alongside the caption ‘Yes, I’m ready’, pictured

Duncan Dollimore, Cycling UK’s head of campaigns, said: ‘These proposals to regulate cycling are impractical and unworkable, and have been repeatedly dismissed by successive governments.

‘They’re also a complete U-turn on current Government policy as laid out last November when Baroness Vere said, ‘the costs of doing so would outweigh the benefits’.’

However, motoring groups called the proposals ‘sensible’ and ‘long overdue’, but conceded they would be difficult to enforce.

However, in a blow for Mr Shapps, 72 per cent said they didn’t think the plan was enforceable. Howard Cox, founder of the FairFuelUK, said: ‘The usual suspects are rising up against the Transport Secretary’s plans.

‘Any common-sense, law-abiding person would value the need to adhere to such sensible new regulatory safety proposals.

‘Sadly, most say in the survey that it will be impossible to enforce and there is, of course, the administrative cost of making it all happen.

‘As a consequence, the cycling zealots will win again and be laughing their socks off, all the way through the next red traffic light.’ 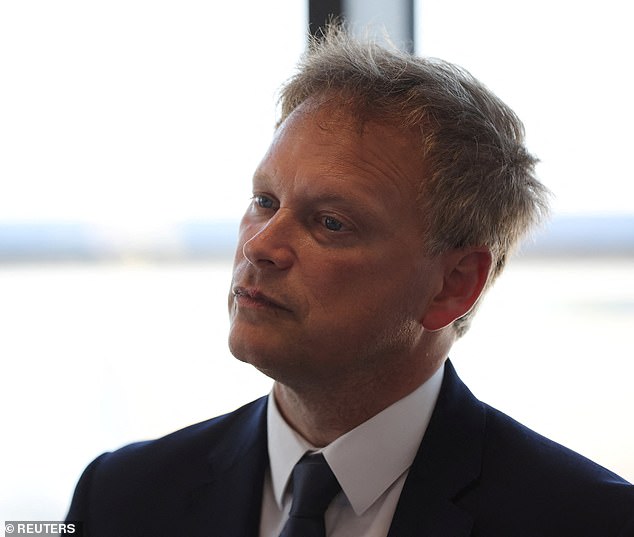 Grant Shapps, pictured, acknowledged that his plans could mean cyclists would need markings or registration numbers in order to enforce them abiding by speed limits

Speaking to the Mail, Mr Shapps acknowledged that his plans meant cyclists may need number plates or another form of identifiable markings for enforcement purposes.

He said: ‘Somewhere where cyclists are actually not breaking the law is when they speed, and that cannot be right, so I absolutely propose extending speed limit restrictions to cyclists as well.

‘Particularly where you’ve got 20mph limits on increasing numbers of roads, cyclists can easily exceed those, so I want to make speed limits apply to cyclists.

‘That does then lead you into the question of, ‘do you need registration plates and insurance and that sort of thing. So I’m proposing there should be a review of insurance and how you actually track cyclists who do break the laws.’

Mr Shapps later appeared to backtrack, telling the Times that he was ‘not attracted to the bureaucracy of registration plates’, adding: ‘That would go too far.’

Department for Transport figures show 304 pedestrians were injured and four killed after being hit by cyclists in Britain in 2020.