The “Put It To The People March”, took place six days before the UK was due to leave the EU, on March 29, before an extension to the original departure date was given.

Today’s protests have been organised by the People’s Vote campaign who said it expected hundreds of thousands of people to take part – calling for the final Brexit deal to be “put to the people”.

William Hill have slashed the price of a second referendum being held in 2019 from 5/1 into 9/4 following the march. 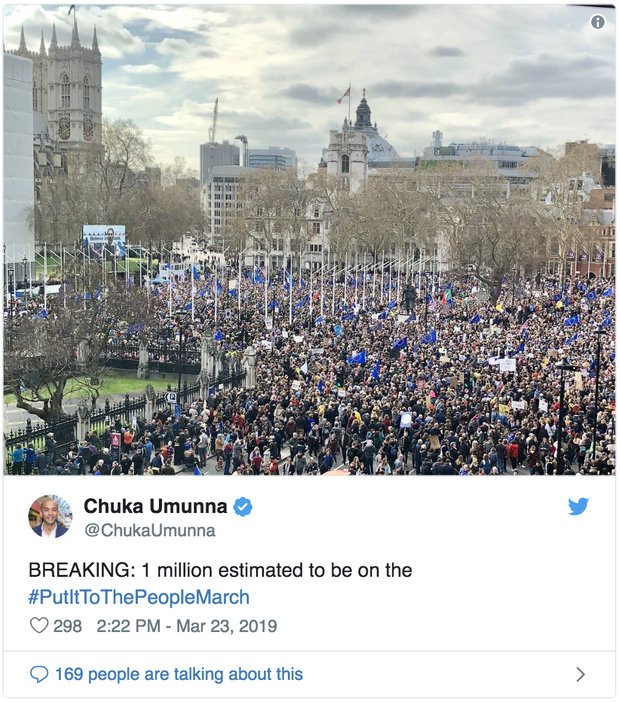 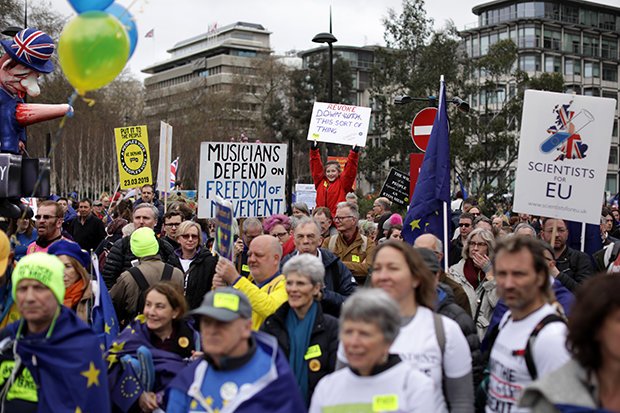 Neil Tennant of the Pet Shop Boys also took to the streets of Westminster.

The singer, 64, one half of the acclaimed British electronic pop duo, sent a message to fans, saying: “Spring in London and the people are marching!”

People are also taking to social media to document the protests with pictures showing crowded streets as well as groups travelling across the country to join the march.

One social media user travelling to London from Nescastle said she was protesting to “stop this Brexit madness”.

North East 4 Europe, who had come to the capital for the March shared pictures of the group on Twitter, saying: “Representing the North East today when the eyes of the world are on London!” 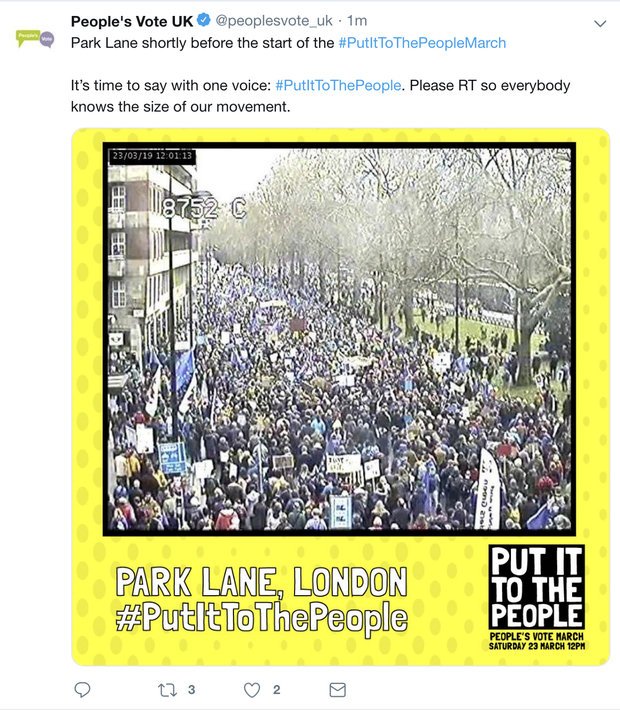 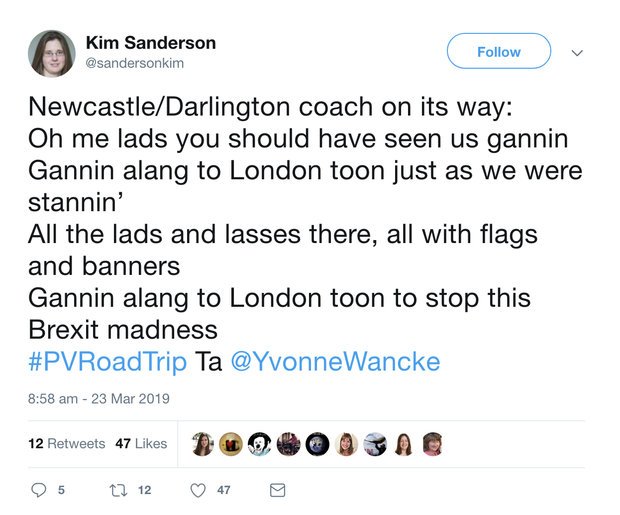 TfL’s website said: “Stations in and around central London will be extremely busy and may become exit or interchange only to help manage the crowds safely.” 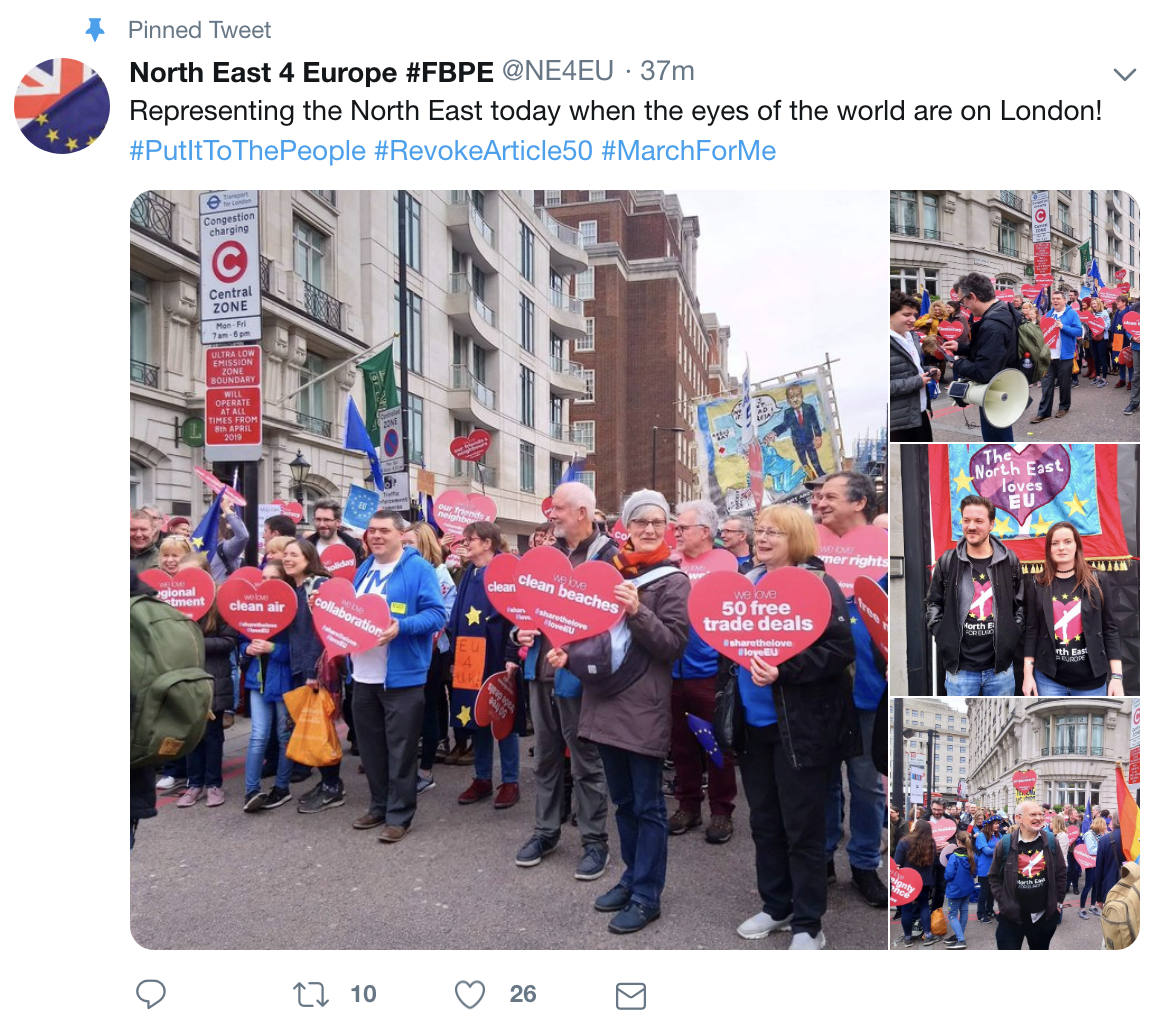 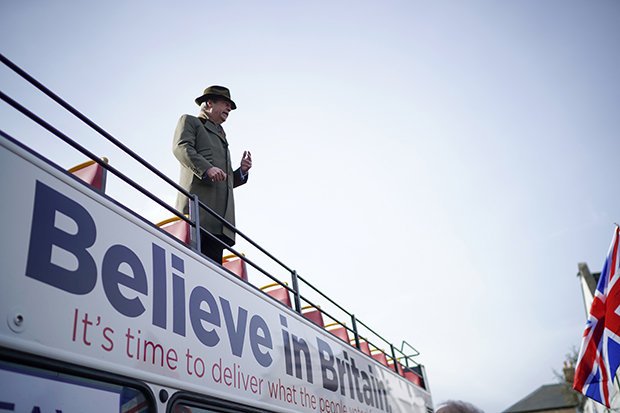 But the former UKIP leader is taking part in a “March to Leave” telling around 200 Brexit supporters that Theresa May has reduce the nation to a “state of humiliation”.

The march started in Sunderland a week ago and organisers hope to arrive in London on the original Brexit day of March 29.