Same-sex marriage, private ownership and presidential term limits are all under consideration on the Caribbean island. 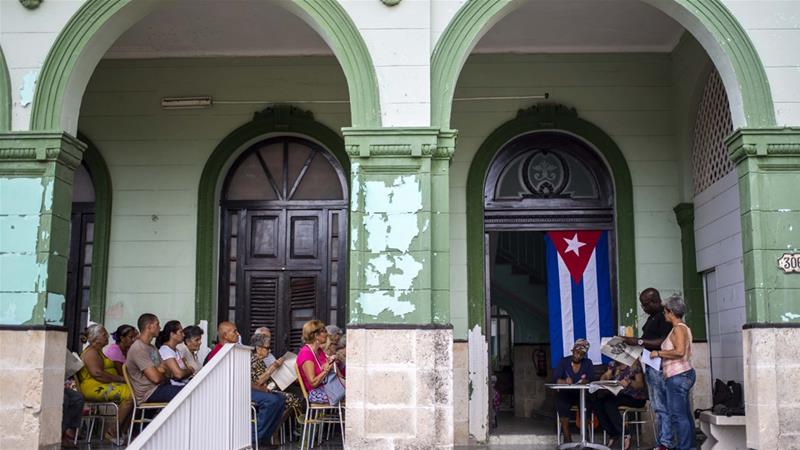 Since August, Cubans have been gathering in thousands of government-organised meetings taking place across the island.

They came together in hospitals, schools and parks to discuss a new draft constitution, which, if passed, would mark the most significant political change in Cuba for more than four decades.

Proposals include opening the door for same-sex marriage, recognising private ownership and scrapping the goal of building a communist society, but rights groups and analysts say the new legislation is more of a nod to a changing world, than an upending of the status quo on the Caribbean island.

The public consultation period came to an end on Thursday, and the work of National Assembly to sift through the comments and suggestions now begins.

Al Jazeera examines what the new constitution may mean for Cuba’s future.

Why now and what’s next?

Decades of economic hardship and a changing global political reality has forced communist-run Cuba to reassess its fundamental principles in an attempt to keep pace with a world that has changed vastly since the Soviet-era when the current constitution was enshrined.

In July, the National Assembly – Cuba’s parliament – approved the new draft constitution and presented it to the public for consultation the following month after more than a year debating the overhaul of the 1976 constitution.

Speaking when the draft was approved, President Miguel Diaz-Canel Bermudez said “each Cuban will be able to freely express their opinions” to build a constitution that “reflects the today and future of the nation”.

This was done during thousands of meetings where officials took handwritten notes with the public’s feedback.

The Assembly will now consider those comments and make changes to the draft before Cubans get their final say in a national referendum scheduled for February 24, 2019.

How will the new constitution affect Cuban politics?

While reaffirming several aspects of the current system, the proposals would significantly reorganise the country’s government.

The draft reintroduces the post of Prime Minister, who would lead the cabinet, known as the Council of Ministers, in the daily running of the country. The candidate would be put forward by the president for approval by the National Assembly.

It also proposes having governors for Cuba’s 15 provinces, replacing the current system of presidents of provincial assemblies and introduces term and age limits for the presidency. 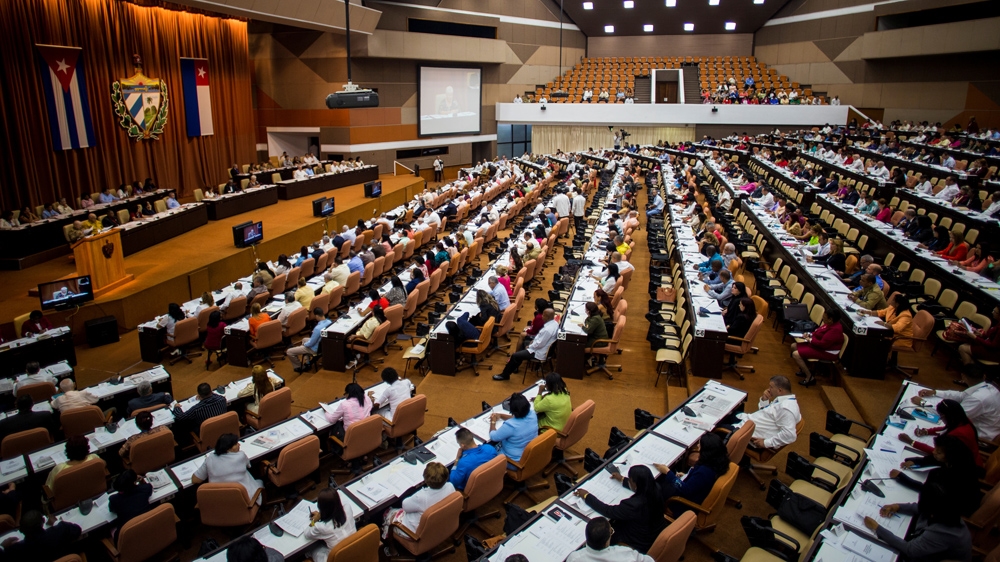 The president – who will continue to be elected by the Assembly, rather than voters – would serve a maximum of two terms and can be no older than 60 at the start of his or her first term, notable in a country where the elderly Castro brothers held the reigns for decades.

The goal of advancing towards a “communist society” has also been dropped, drawing much attention internationally, but the impact of this is likely to be limited.

The new constitution revises the aim to “the construction of socialism” and, crucially, Cuba will maintain its single-party system under the Communist Party of Cuba (PCC), which holds complete control over politics, the economy and society in general.

National Assembly President Esteban Lazo Hernandez said shortly after the approval of the draft that the removal of references to communism do not mean that Cuba’s leadership are “renouncing our ideas,” but rather remain committed to the vision of a “socialist, independent, prosperous and sustainable country,” according to comments carried by state TV.

Cuba’s relationship with the United States has been fraught since 1959, when left-wing fighters, led by Fidel Castro, overthrew the US-backed government of Fulgencio Batista in the Cuban Revolution.

The US began blockading Cuba the following year, halting trade and tourism with the island. Tensions escalated further with 1961’s Bay of Pigs invasion and peaked during the Cuban Missile Crisis in 1962. 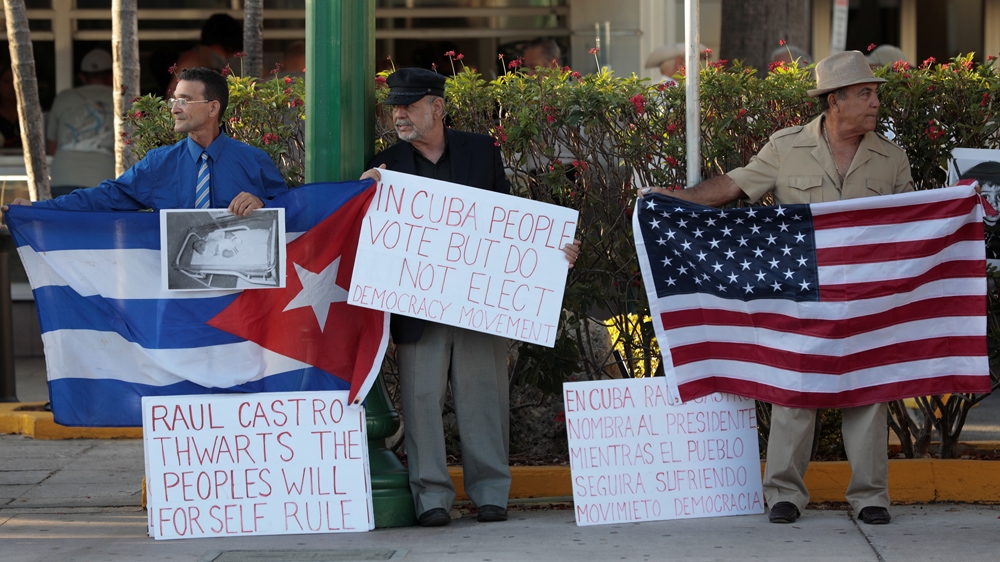 A brief thaw came under former US President Barack Obama who, along with then-President Raul Castro, announced an historic reengagement in 2015, however the relationship has soured once more under President Donald Trump.

“The US objection, the Trump administration’s objection, to Cuba is that it’s not a multi-party democracy like the United States and the Cuban constitution doesn’t change that, in fact the new constitution reaffirms the single-party system with the Communist Party in the leading role,” said William LeoGrande, a professor in the School of Public Affairs at the American University.

The draft also includes a prohibition on negotiating under threat and coercion, codifying an oft-repeated condition set out by the Castros and recently reiterated by Diaz-Canel.

“I think it’s meant to send a message to the United States that if somehow the United States is still hoping that it’s going to be able to coerce Cuba into making concessions about its domestic politics, it’s mistaken,” LeoGrande told Al Jazeera.

What impact will it have on the economy?

Cuba’s economy was severely damaged by the disintegration of the Soviet Union in 1991, which pumped millions of dollars into propping up the island, and the crushing effects of the ongoing US embargo.

Raul Castro, who took over from his brother Fidel in 2006, introduced a series of economic reforms, which opened the country up to a limited but impactful degree of private industry and foreign investment in an attempt to avoid collapse. 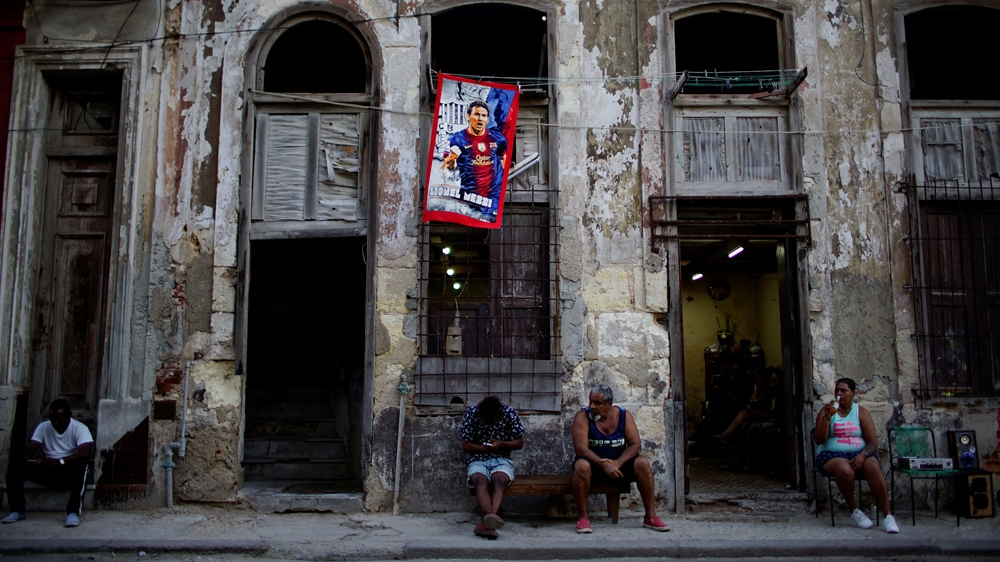 The draft constitution continues this work, mostly by officially recognising practices that already exist in Cuba, including self-employment, in a limited way.

“The market” and “private property”, capitalist concepts, previously shunned by the communist leadership, are included in the new national charter, suggesting an attempt to make room for these realities as part of a “socialist” economy that would remain largely under the control of the state through central economic planning.

With the economic proposals, Cuba will seek to modernise without democratising, as has been done in Vietnam and China. However, unlike these countries, Cuba remains concerned about the accumulation of private wealth creating an unequal society and so the permissions for the private sector remain tentative.

“The objective is not to allow the concentration of wealth, which reinforces the uncertainty of any foreign investment,” said Carlos Seiglie, a professor of economics at Rutgers University.

“The main challenge to economic growth in Cuba is the degree of state control of the economy. For Cuba to grow and develop, the means of production has to be transferred into private hands. If the state wants to alter the distribution of income after such [a] transfer, they could do it via taxation and redistribution to those who fare less well,” he told Al Jazeera.

In November, Diaz-Canel embarked on a tour of communist allies including Russia, China and North Korea in an attempt to boost economic ties and attract investment to the island.

Cuba has not allowed access to independent monitors or human rights organisations for years and has refused to ratify a number of key international human rights treaties, most recently at the United Nations’s Universal Periodic Review in May.

All media on the island remains state-controlled, with the population’s access to the internet also being extremely limited and independent bloggers facing arrest.

Rights groups have found little cause for celebration in the proposals, saying that many of the rights being offered come with caveats. 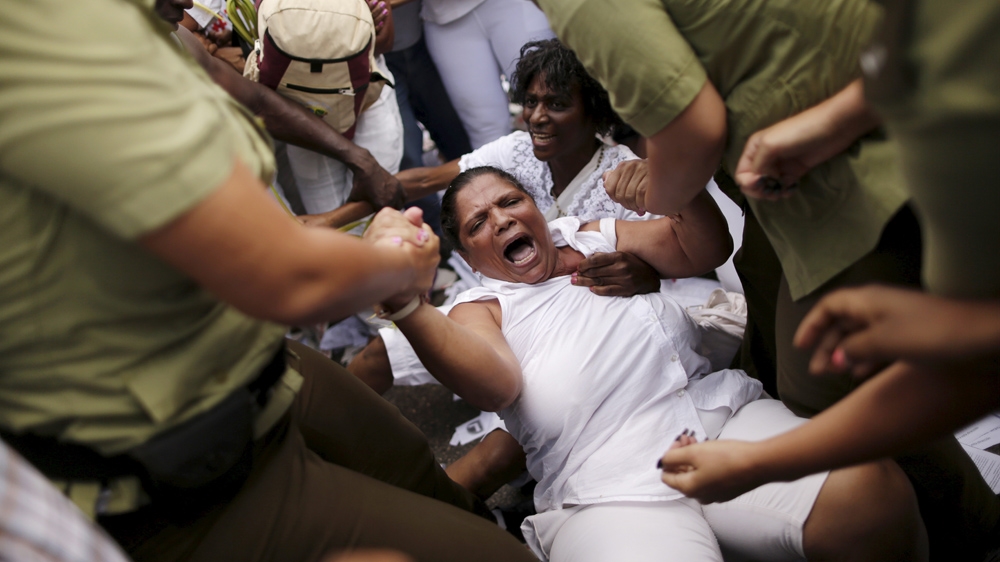 “What we see with revisions to the constitution is, on the one hand, an appearance that it’s expanding rights, but on a closer reading you see that the rights being offered are limited to what already exists in national legislation,” said Louise Tillotson, Amnesty International‘s researcher for the Caribbean.

“The revised constitution proposes the ‘democratisation of cyberspace’ but then condemns the use of the internet for what it calls ‘subversion,'” she told Al Jazeera. “The language continues to be quite hazy and opens the door for criminal laws to be applied towards people that are deemed to be ‘subversive’.”

The country’s judiciary remains tightly bound to the state, with arbitrary detentions commonly being used to silence dissent, according to Amnesty. 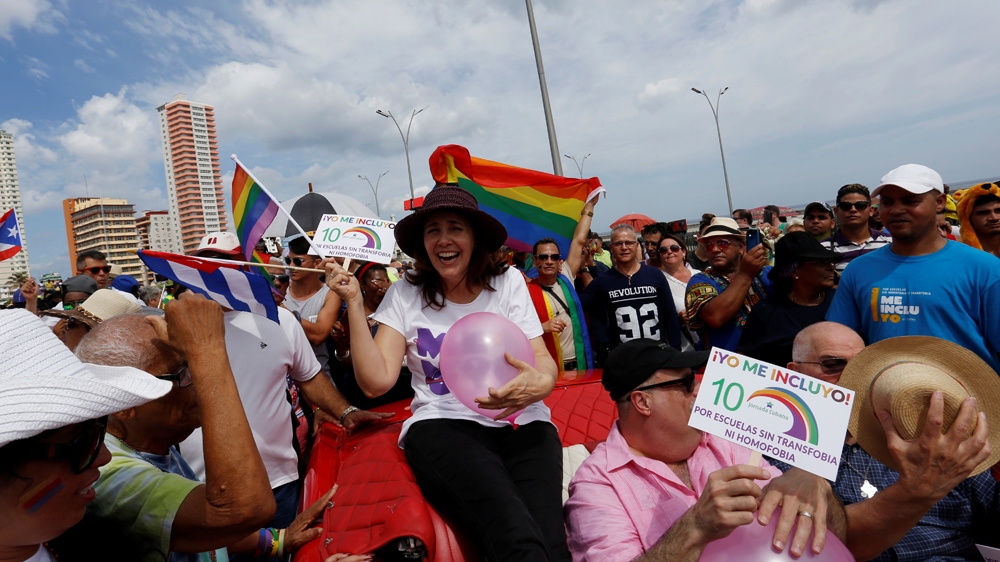 A silver lining might be found in the introduction of the presumption of into the penal code and articles in the new draft to ban any sort of workplace discrimination based on gender, sexual orientation, disability and ethnicity and make provisions for the elderly.

Marriage is redefined as being between “two persons”, rather than “a man and a woman”. Homosexuality is a divisive issue in Cuba. A change in attitudes, however, is largely credited to the work of Mariela Castro, Raul’s daughter, at the Cuban National Center for Sex Education (CENESEX), as well as the growing acceptance of the idea that discrimination of any kind being incompatible with the revolution.

“It would really be a welcome step forward, of course, if in the constitution same-sex marriage is legalised, it would be the first independent nation in the Caribbean to do so, it would be really important for the region,” said Tillotson.

“But at the same time we need to recognise that silencing any voices, including LGBT voices needs to change if we’re going to see real progress.” 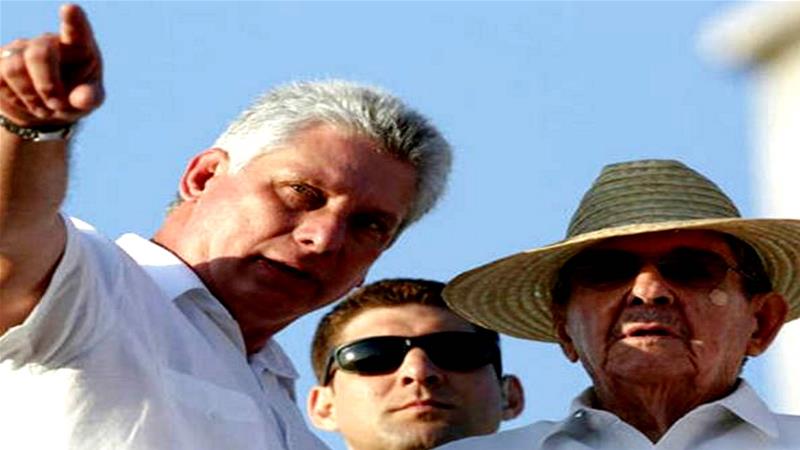 Will a new president mean change for Cuba?