Today marks the beginning of the 46th annual NAIDOC Week, an annual occasion of remembrance and resistance that has evolved into a vibrant national celebration of our Communities, Cultures and Country, alongside our excellence and collective resilience and survival as custodians of the world’s oldest continuous living cultures.

As the Week nears its 50th birthday, it is surely time to recognise a more positive national day to celebrate and honour our First Peoples, for all Australians. 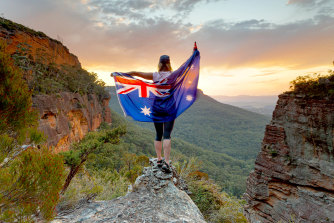 It is surely time to recognise a more positive national day than January 26 to celebrate and honour our First Peoples.Credit:iStock

Year on year, it becomes progressively more difficult for anyone to argue that January 26 is an appropriate and inclusive date for a national celebration of Country.

It is increasingly acknowledged as a day of hurt and mourning for Aboriginal people – a cruel reminder of a violent legacy of discrimination, dispossession and injustice, and our apparent inability as a society to move forward together in healing.

One key obstacle to finding a more joyful and unifying national holiday is the lack of agreement on an alternative date. Some suggest that the resolution of a treaty between the Victorian government and Aboriginal Victorians would be a good opportunity for the declaration of a new public holiday, as Aotearoa New Zealand has done with Waitangi Day.

As the elected voice for Aboriginal communities in the Victorian Treaty process, I believe that a healing moment lies in wait – almost inevitably – for any political leader willing to grasp it. 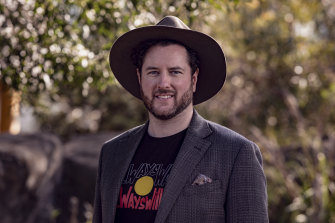 Marcus Stewart is co-chair of the First Peoples’ Assembly of Victoria.

That’s why we wrote to Premier Daniel Andrews on Monday July 5 and asked his government to declare a new public holiday for all Victorians on the Friday of NAIDOC Week, the day of the NAIDOC March, where our people and allies gather together in pride and unity.

And we’re not just talking the talk at the First Peoples’ Assembly of Victoria, we’re practising what we preach. The Friday of NAIDOC Week will be a day of paid leave for our staff and elected Members.

This will enable all at the Assembly – both Aboriginal and non-Aboriginal – to attend NAIDOC Week events, celebrate culture and community, and reflect on our past as we work towards a brighter future.

We encourage the Victorian government, and any business, organisation, or employer reading this right now to follow our lead and do the same.

Treaty and true reconciliation cannot be achieved alone. We want the entire Australian community, both Aboriginal and non-Aboriginal, to celebrate our beautiful cultures and Country with us in pride.

Marcus Stewart is a Nira illim bulluk man of the Taungurung Nation and Co-Chair of the First Peoples’ Assembly of Victoria.

For more information on the Treaty process in Victoria, or the First Peoples’ Assembly of Victoria, visit firstpeoplesvic.org