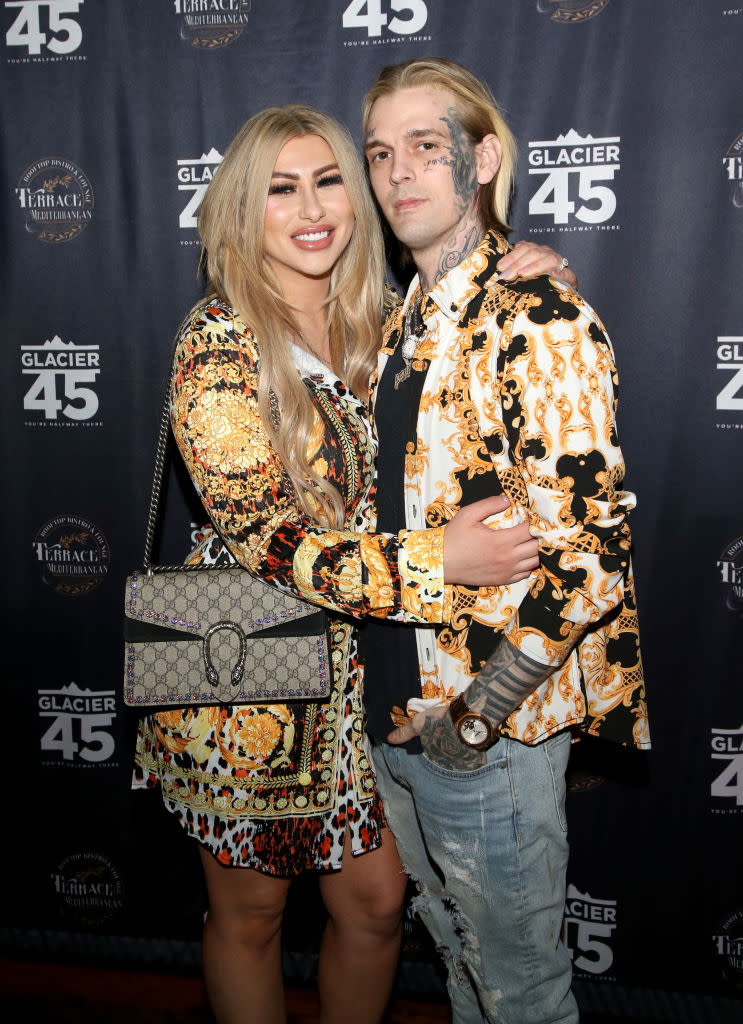 The fiancée of the late Aaron Carter, Melanie Martin, has reportedly been granted custody of their son.

Thirteen-month-old Prince Lyric had been in the care of Martin's mother since September, because of what Carter had said were concerns about domestic violence and drug use. The singer had even checked into rehab, where he was also taking parenting classes, because of his worries.

"This will be my fifth time in rehabilitation," Carter told The Sun at the time. "I haven't had any relapses it's just triggers are big right now for me. I want my son back." He added that being a parent was "the most important thing" to him.

TMZ reported Thursday that, according to a representative for Martin, a Los Angeles court ruled that Martin is now fit to care for Prince. Martin later confirmed it herself.

"I am excited about getting custody of our son," she told People. "Aaron took it really hard when our son got taken away. I know Aaron would have been ecstatic. This victory is in his honor. I only wish Aaron could be here to share this moment with me."

Carter, 34, was found dead Nov. 5 at his home in Lancaster, Calif. While it was reported that police found compressed air canisters and medication in Carter's bedroom, his official cause of death has not yet been determined, pending toxicology test results.

In an interview last month with Yahoo Entertainment, Carter's friend and manager Taylor Helgeson dismissed Martin's claim that he had enabled the singer, and he also responded to fans' criticisms that he had not done enough to protect his client.

"We know what we tried. We know what we did. I sleep easy at night knowing I tried my best for my friend until he died," Helgeson said. "And if it was a cartoon and we could have tied him to the ground and dragged him to the treatment center, then we would've done that. But it's not, it's real life. And there's a helplessness that comes with watching somebody go through addiction."