Some of Aaron Rodgers’ teammates might have been paying attention to his very loud offseason.

Near the end of the first half of Sunday night’s game between Green Bay Packers and Chicago, the Packers quarterback found top returning receiver Allen Lazard for a 4-yard touchdown pass.

As Lazard began his celebration, some members of the Packers offense — Randall Cobb, Aaron Jones, Jon Runyan and Yosh Nijman — grouped around him and mimed receiving something from the receiver, then playfully fell backward as though they were passing out.

As some Twitter users noted, it’s hard to not see the potential reference to Rodgers’ tales of hallucinogenic drugs last offseason:

Rodgers himself entered the impromptu huddle as some of his teammates flopped to the ground, but seemingly only to celebrate with Lazard as usual.

Rodgers made headlines during training camp when he recounted on a podcast how he took ayahuasca, a potent hallucinogen illegal in the United States, during a trip to Peru in the 2019 offseason. That drug use preceded back-to-back MVP seasons for Rodgers, which the quarterback claimed to not be a coincidence.

The admission triggered a miniature media circus (and massive spike in Google searches for ayahuasca), though it’s only another chapter in Rodgers’ recent habit of drawing attention for off-field reasons. At least his teammates are having fun with it. 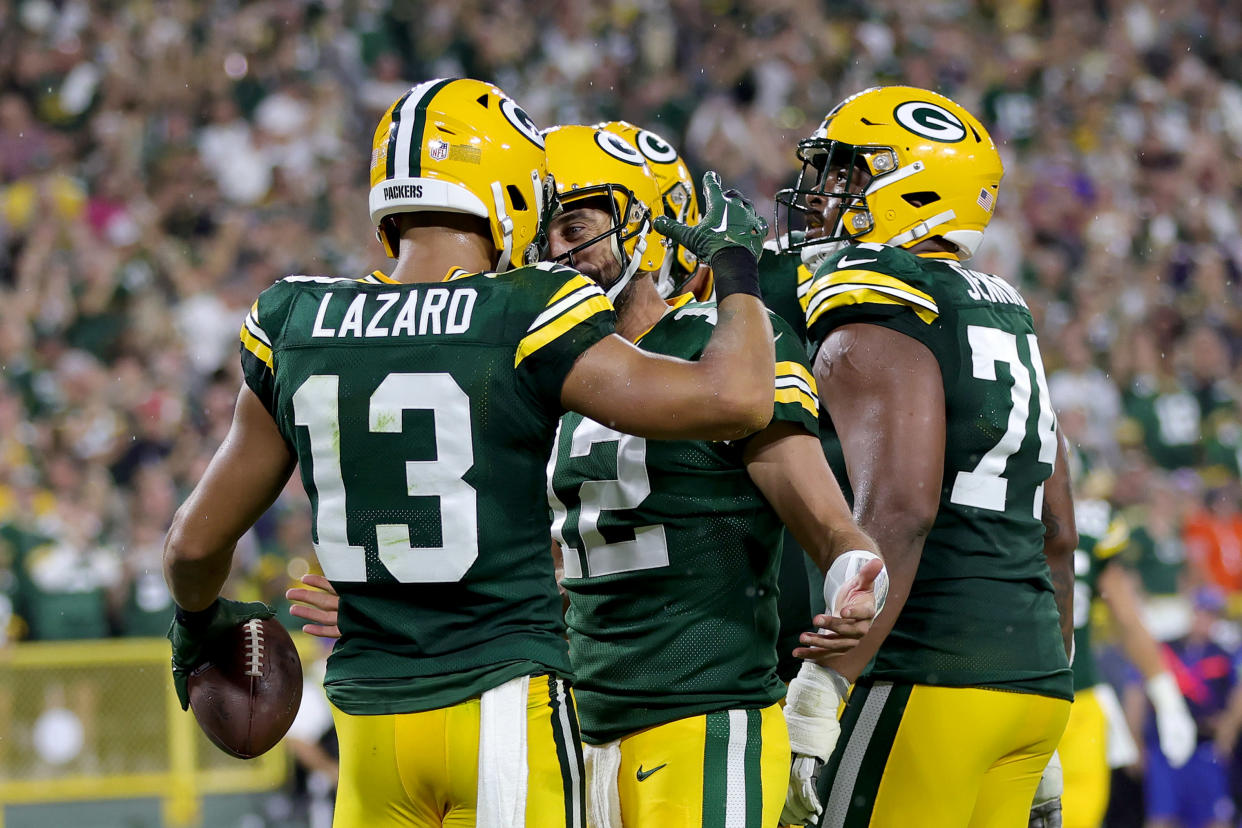