A collective sigh of relief could be heard every time a train approached the platform at Central station on Wednesday afternoon.

However, it was immediately taken back once train doors opened to reveal carriages overflowing with commuters desperately trying to make their way home.

Train guards were packing people in like a child stuffing their sleeping bag at the end of year five camp, with little success and great frustration. 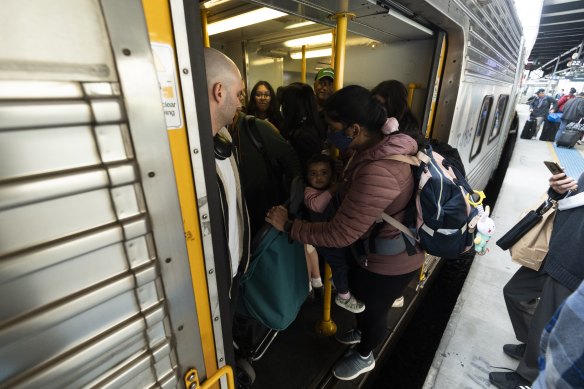 Major disruptions to Sydney from the rail strikes.Credit:Rhett Wyman

Sydney’s public transport network was once again thrown into chaos on Wednesday afternoon as widespread industrial action across the rail network and key bus routes slashed services and left commuters stranded on platforms.

Jenny O’Keefe told the Herald that she had endured nightmare travel times on her way into work on Wednesday morning, and was lining up to do the same again on her way home from Town Hall.

“The trains were packed, absolutely packed … the guards on the platform were pushing more people in, yelling, ‘move upstairs, move downstairs’.” 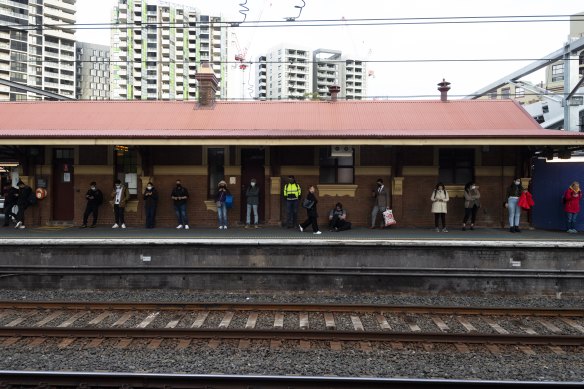 The state government issued an ultimatum for the union to end the strikes. Credit:Rhett Wyman

“Today has been the worst one [strike]. This afternoon it’s all stations [affected] again … it’s impacting us getting to work.”

Rail workers refused to operate foreign-made trains as part of the strike action, which meant that 75 per cent of services were cut. Buses replaced trains at some stations, but not even the buses were safe from Wednesday’s strikes.

Around 1100 bus drivers joined the industrial action that debilitated routes covering the city’s south, inner west and parts of the CBD. 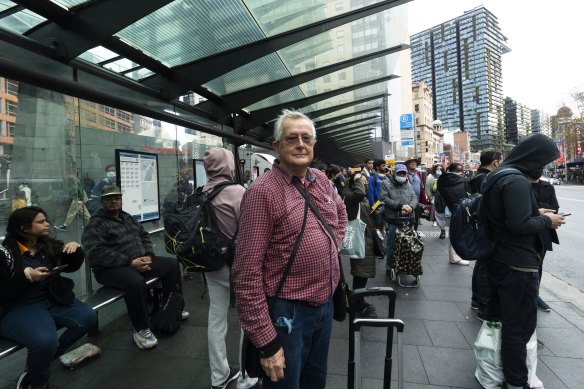 Andrew Craig was commuting from the Blue Mountains. Credit:Rhett Wyman

Andrew Craig, who had travelled from the Blue Mountains, said that the strikes were inconvenient, but he sympathised with the bus and rail workers.

“There’s no doubt that it’s inconvenient … but maybe it’s a reasonably good cause,” Craig said.

“Rail workers have to raise families and live, and I think we have to respect the fact that they have to earn reasonable money and have good conditions.”

Craig was caught up in the bus chaos while waiting for a bus from Central to Glebe on Wednesday afternoon.

All around Craig, eager travellers leaned forward over the kerb on George Street, frantically trying to see if the approaching bus was theirs.

But Craig said the NSW government and the Rail, Tram and Bus Union should take a note out of Bob Hawke’s book and “sit down and communicate”.

“Both sides have to be honourable in their approach to that … you can only hope that people are honest and straightforward and attempt to understand each other’s point of view, and seek to resolve matters,” Craig said. 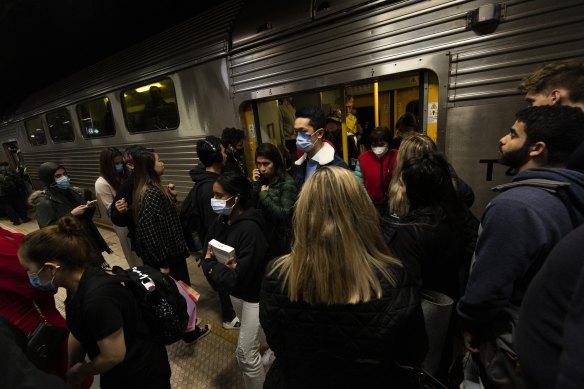 Commuters struggled to get home because of the strike action. Credit:Rhett Wyman

NSW Premier Dominic Perrottet issued an ultimatum to rail unions on Wednesday, saying that the commuter chaos “ends today”, and warned that further industrial action would see the government apply for a termination of the union’s existing enterprise agreement.