Adidas is a mess of a retail brand right now, and it's not only because of ties to problematic musician-turned-designer Kanye West.

On Tuesday, Adidas severed ties with West following a spate of antisemitic comments in recent weeks.

"Adidas does not tolerate antisemitism and any other sort of hate speech," Adidas said in a statement. "Ye’s recent comments and actions have been unacceptable, hateful and dangerous, and they violate the company’s values of diversity and inclusion, mutual respect and fairness. After a thorough review, the company has taken the decision to terminate the partnership with Ye immediately, end production of Yeezy branded products and stop all payments to Ye and his companies. Adidas will stop the adidas Yeezy business with immediate effect."

The parting of ways comes amid increased pressure on social media and among investors for Adidas to move beyond West and its Yeezy line. Adidas stock, down 64% so far in 2022, continued to fall as West's bizarre rants intensified.

In ending their relationship, Adidas will have a huge hole to fill financially: The popular Yeezy line represents about $1-$2 billion in annual sales for the company, according to Evercore ISI analyst Omar Saad.

"We see big risk around the Yeezy franchise," Saad said in a recent note to clients.

Besides the West drama, Adidas is entering wounded into the holiday season — the latest retailer to get flat-foot operationally as global economies have slowed. That poor execution has primarily led to a glut of Adidas inventory that will have to be aggressively marked down at the expense of profits, the company warned a week ago.

Adidas said third quarter sales rose a lackluster 4% in the third quarter excluding the impact of volatile currencies. Sales in China tanked by a double-digit percentage.

The company warned (its second warning of the year) that profits would be about 60% lower than its previous expectations. Operating profit margins for the year are seen at 4% compared to a prior goal of 7%. 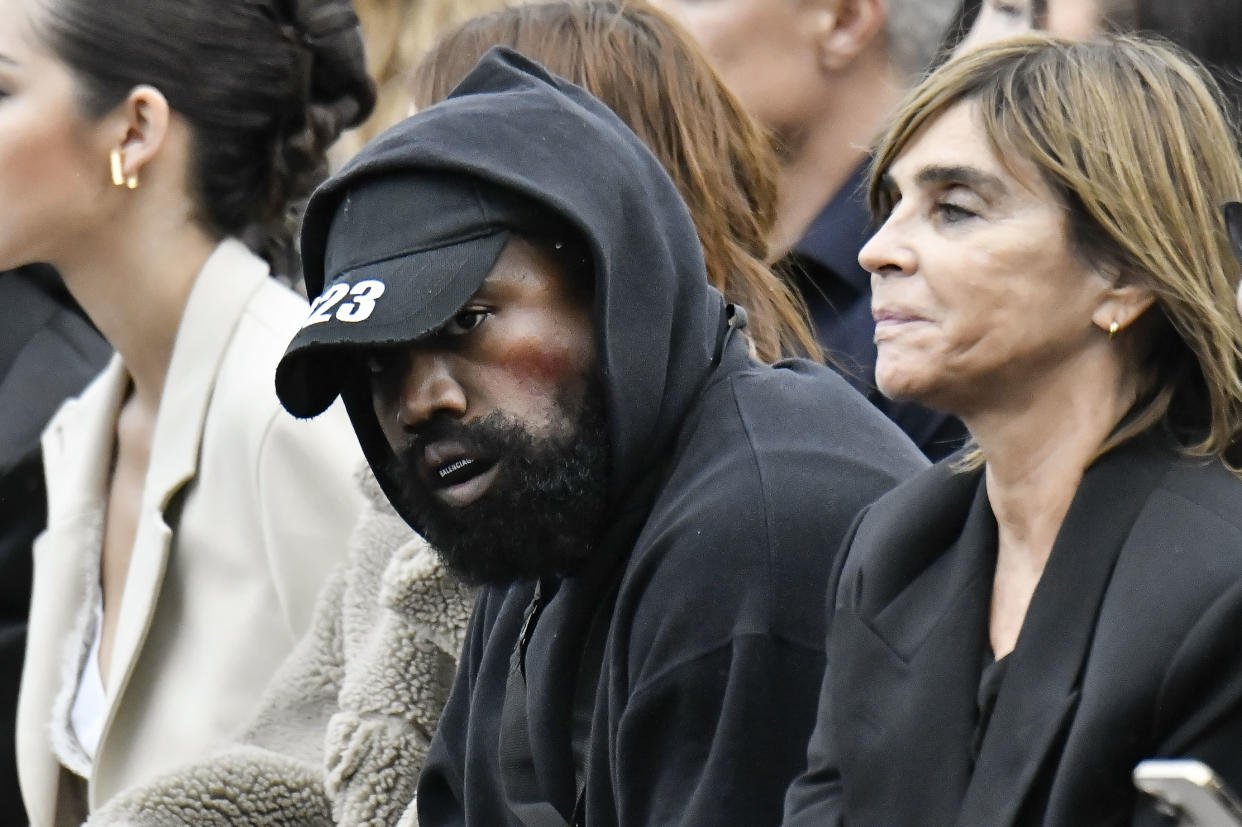 "The company’s new outlook takes into account a further deterioration of traffic trends in Greater China as well as a significant inventory build-up as a result of lower consumer demand in major Western markets since the beginning of September, which is expected to lead to higher promotional activity during the remainder of the year," Adidas stated.

Evercore ISI's Saad believes Adidas shares will be dead money as it works through excess inventory and also searches for a new CEO to replace long-time leader Kaspar Rorsted in 2023.

"Adidas has been significantly underperforming in China before and through the pandemic (China sales 55% vs. pre-pandemic levels vs Nike 87%), and that divergence appears to be widening," Saad explained. "Adidas has more exposure to apparel, which is really where the demand weakness and inventory issues have been highly concentrated."

Brian Sozzi is an editor-at-large and anchor at Yahoo Finance. Follow Sozzi on Twitter @BrianSozzi and on LinkedIn.

Click here for the latest stock market news and in-depth analysis, including events that move stocks

Download the Yahoo Finance app for Apple or Android