One of the Second World War’s most bizarre relics – Adolf Hitler’s toilet seat – is going up for auction.

Expected to fetch £15,000, it was looted by a US soldier from the dictator’s private bathroom at the Berghof, his retreat in the Bavarian Alps.

Ragnvald Borch was told by senior officers to ‘get what you want’ from the Berghof, which had been badly damaged by Allied bombing in the last days of the war. 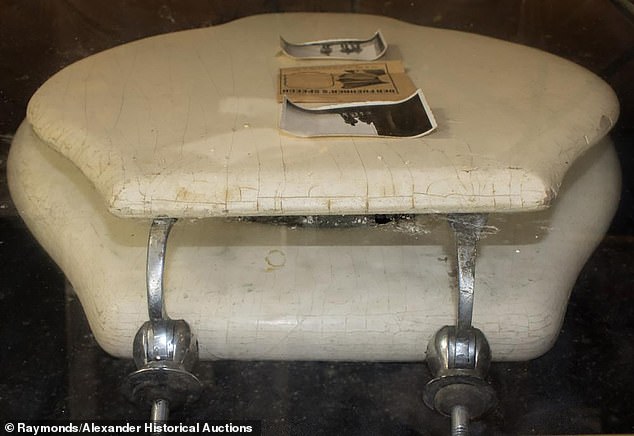 When asked why he was carrying a toilet seat by another soldier, Sgt Borch is said to have replied: ‘Where do you think Hitler put his ass?’

Hitler was in Berlin during the April 1945 air raid and died there.

When asked by another soldier why he was carrying a toilet seat, Sergeant Borch replied: ‘Where do you think Hitler put his ass?’

He shipped it back from nearby Berchtesgaden to his family home in New Jersey where he put it on display in his basement.

Bill Panagopulos of Alexander Auctions said it was ‘guaranteed to be one of the most eye-catching items one could ever add to a collection of World War Two relics’. 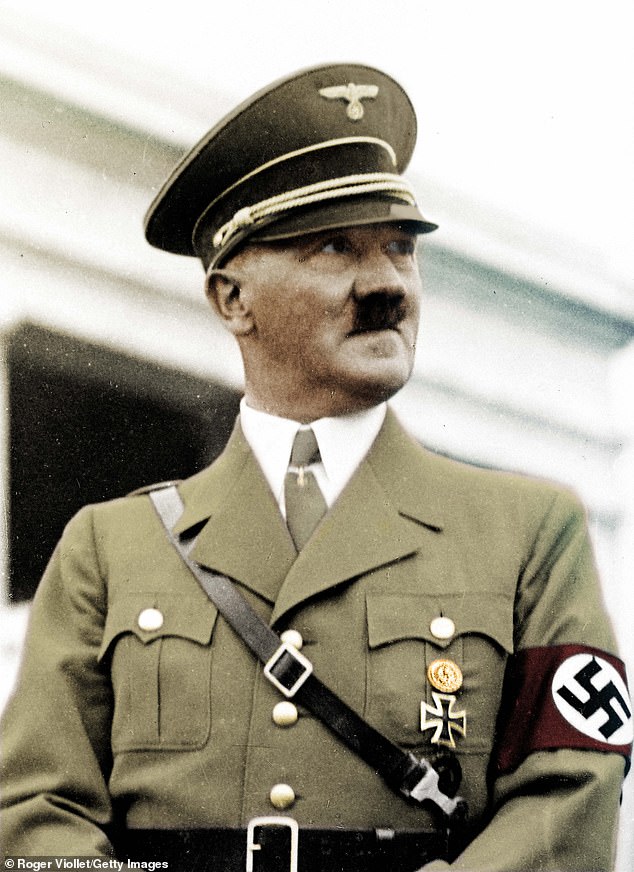 Aside from the ‘Wolf’s Lair,’ on the Eastern Front, Hitler spent more time at Berghof than anywhere else during the Second World War

He added: ‘This was from Hitler’s personal bathroom, from as close to a “throne” as the dictator would ever get.

‘One can scarcely imagine the plotting the tyrant undertook while contemplating the world from atop this perch.’

The record for such an item at an auction is said to be the £850 paid last year for a 1975 toilet seat cover belonging to Bill Wyman, sporting a Rolling Stones tongue logo.