Adreian Payne, the former Michigan State big man and 2014 first-round pick of the Atlanta Hawks, has died at age 31. According to a press release from the Orange County Sheriff's Office in Orlando, Fla., Payne was shot early Sunday morning and was pronounced dead on arrival at a local hospital. The alleged shooter, Lawrence Dority, stayed at the scene of the crime and cooperated with police. After questioning, he was arrested and jailed on a charge of first-degree murder.

Payne, originally from Dayton, Ohio, led his high school to a division championship in his senior year before committing to Michigan State. Once at MSU, he started slow, but developed into a talented big man. He was a standout who won multiple awards, including MSU's Scholar-Athlete Award, the team's most improved player award (in his sophomore year), and was the recipient of the first ever Los Angeles Athletic Club Outreach Award, presented as part of the John R. Wooden Award Gala. He was also an Academic All-Big Ten honoree in his sophomore year, and Second-team All-Big Ten honoree in his junior year. He helped third-seeded MSU win the Big 10 Championship in 2014.

Payne was diagnosed with reduced lung capacity during his freshman year, which runs in his family. He tragically lost his mother to a severe asthma attack when he was just 13. His mother died in his arms while he was searching for her inhaler. He lost his grandmother, who became his legal guardian following his mother's death, to asthma-related respiratory failure a few years into his college career. To deal with his condition, Payne learned how to take shorter breaths so he wouldn't be gasping for air after just a few minutes on the court. 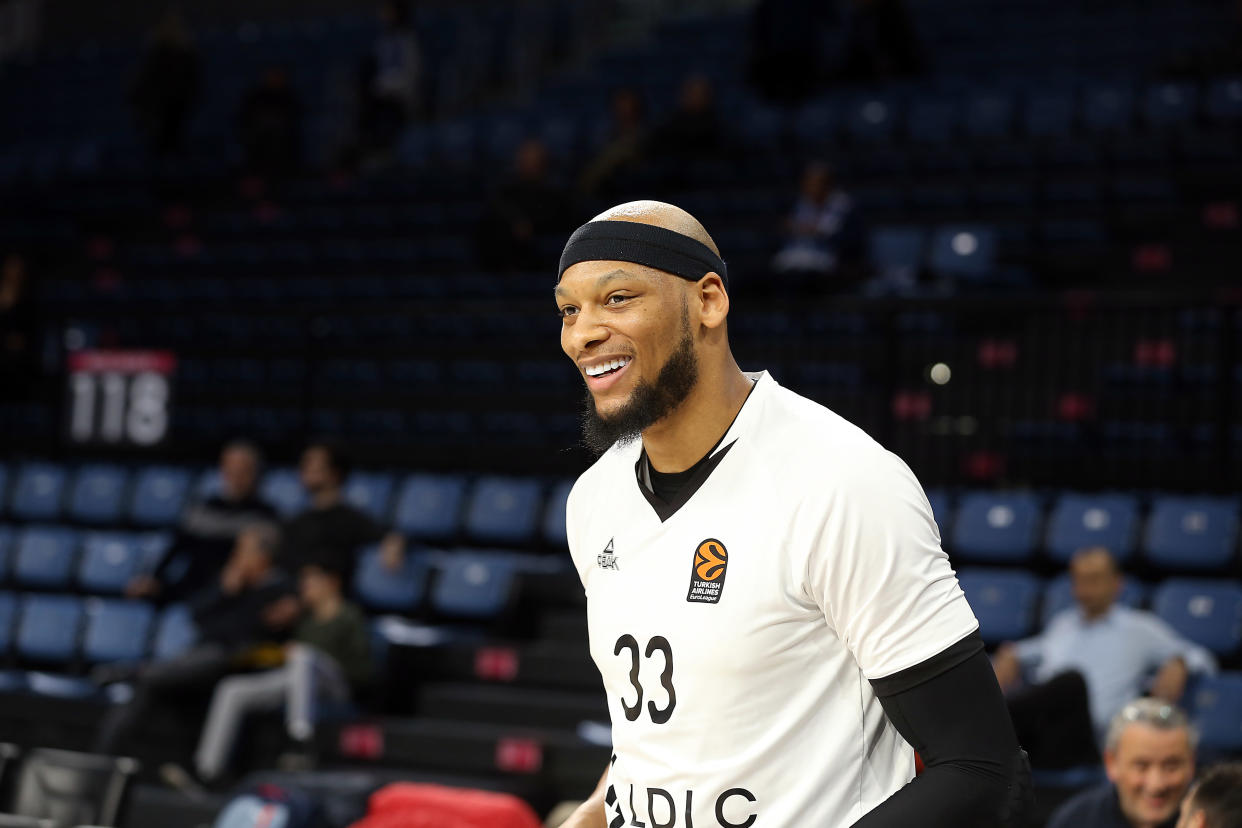 The NBA and beyond

After a stellar college career, Payne was picked 15th overall by the Atlanta Hawks in the 2014 draft. He spent most of his first year with the Hawks dealing with plantar fasciitis and going back and forth between the team and the NBA's D League, until he was traded to the Minnesota Timberwolves in Feb. 2015.

He stayed with the Timberwolves through the 2016-17 season, then spent a short time with the Orlando Magic before deciding to play overseas. He began with Greek team Panathinaikos in 2018 and proceeded to move around the international pro basketball circuit. He played steadily for teams in China, France, and Turkey. His most recent team was Juventus Utena in Lithuania where he played for a few months before ending his time with the team in Feb. 2022.

Friendship with a young cancer patient

One thing many people remember about Payne is his friendship with an eight-year-old cancer patient named Lacey Holsworth. Payne met Lacey in 2011 when the MSU basketball team visited Sparrow Hospital, a children's hospital in Lansing. She had been diagnosed with neuroblastoma, and at one point was paralyzed due to tumors on her spine and abdomen.

Lacey and Payne began texting back and forth and developed a friendship. During his senior year in 2014, he escorted her onto the court for senior night, and she was there when MSU won the Big 10 Championship — she even helped cut down the net.

“She calls me her ‘Superman,’ but she’s the one who’s got the super strength,” Payne told the Detroit Free Press in 2014. “She’s incredible with everything she’s gone through. (Doctors) told her she wouldn’t walk again. But she did. She’s just an incredible fighter. And if I can bring her a little bit of happiness to help her forget everything for a little while, then that’s what I want to do.”

Although Lacey died of her cancer on April 8, 2014, she made a profound impact on Payne's life.

“It can’t be all about you,” Payne told the Free Press. “I think that’s one thing I’ve learned now that I probably didn’t know as a freshman. That’s true with your teammates. What can you do to help make them better?

“And it’s true with others you meet. It’s more important to have a role in other people’s lives that you care for.”