Agency doctors can cost NHS up to £5,200 for just ONE shift, figures reveal

NHS trusts have shelled out as much as £5,200 for a single agency doctor shift, in a sign of how desperate the staffing crisis in the health service has become.

The NHS has spent £4.6billion on agency doctors in the past five years. But this year alone it paid £3billion to agencies who provide doctors and nurses at short notice, a 20 per cent increase compared with last year.

Trusts spent a further £6billion on bank staff, when NHS workers are paid to do temporary shifts, taking the total spent on additional staff to around £9.2billion.

One in three NHS trusts paid an agency more than £3,000 for a single doctor’s shift last year, while three quarters of trusts paid more than £2,000, results from Freedom of Information requests reveal. 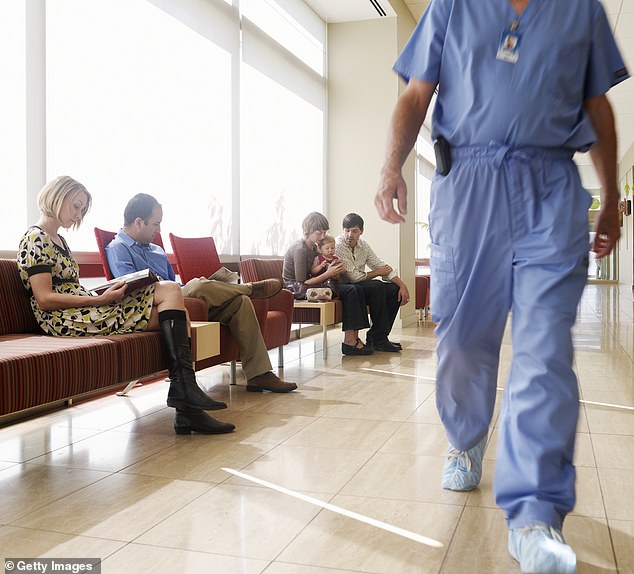 NHS trusts have shelled out as much as £5,200 for a single agency doctor shift, in a sign of how desperate the staffing crisis in the health service has become

The most expensive shift was £5,234, paid by Northern Care Alliance NHS Foundation Trust in Greater Manchester. It also spent more than any other trust on agency doctors, paying out £21million last year alone.

The NHS currently has 9,000 vacancies for doctors, with a record 133,000 vacancies in total. Despite the shortages, the Conservative Government this summer cut medical school places by 30 per cent, meaning students who want to help are being turned away.

Labour said it will tackle staff shortages to save taxpayers’ money being wasted on agency recruiters, as well as treating patients on time again, by doubling medical school places, training 10,000 new nurses and midwives, doubling the number of district nurses and providing 5,000 new health visitors.

The plans will be paid for by abolishing non-dom tax status, which allows residents of the UK to avoid paying taxes here.

Wes Streeting, Labour’s health spokesman, said: ‘Desperate hospitals are forced to pay rip-off fees to agencies because the Conservatives have failed to train enough doctors and nurses over the past 12 years. It is infuriating that, while taxpayers are paying over the odds on agency doctors, the Government has cut medical school places, turning away thousands of straight-A students.

‘Labour will tackle the root cause of the crisis in the NHS, training 7,500 more doctors and 10,000 more nurses a year, paid for by abolishing the non-dom tax status.’