The Zionist Organisation of America claims Al Jazeera was compelled to cancel an investigation into pro-Israel lobbies. 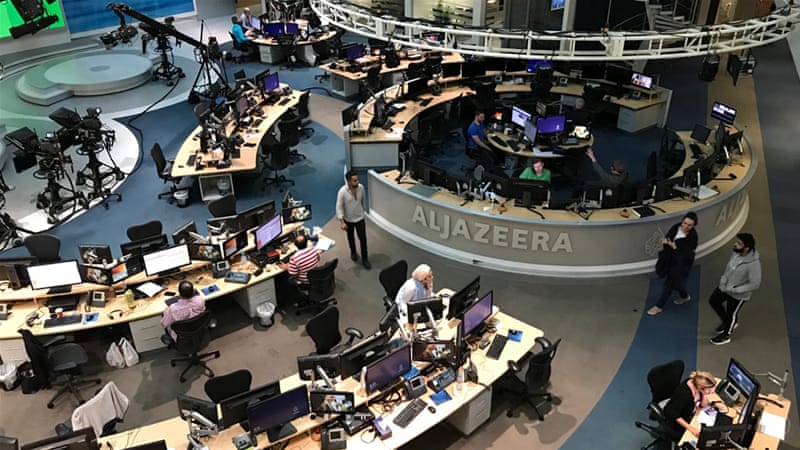 Al Jazeera has denied what it called false claims by the president of the Zionist Organisation of America (ZOA) that the media network was compelled to “cancel” a yet-to-be broadcast investigation into the activities of pro-Israel advocacy groups in the United States.

“[Morton] Klein obviously mischaracterises the subject of the series as the ‘American Jewish Lobby’, when the investigation is into American pro-Israel organisations (including the ZOA), which work to further the interests of a foreign power on American soil,” the network said in a statement released on Tuesday.

The Qatar-based network also utterly rejected the allegation that the series is “viciously anti-Semitic”.

“It is astonishing that Mr Klein writes about a documentary series that he has not seen in terms that are prejudicial, inaccurate and inflammatory,” the statement said.

“He also refers to the UK edition of The Lobby, broadcast in January 2017, which he again misconstrues as being about the ‘Jewish lobby’ in Britain.”

This series exposed a campaign by Israel to interfere with domestic politics in the UK, which included covert operations to promote a foreign country’s agenda within Britain’s political parties. In one case, it revealed a plot to “take down” a government minister who was critical of Jewish-only settlements in the West Bank.

The Israeli ambassador to the UK was forced to apologise to the foreign office and the diplomat involved was fired. The investigation also triggered a parliamentary inquiry into foreign interference in British politics.

Pro-Israel advocacy groups in the UK made a series of complaints to the Office of Communications (Ofcom), the quasi-government regulator that ensures fairness and accuracy on British television. Al Jazeera is a signatory and abides by Ofcom’s stringent codes of practice.

The complainants levelled charges of anti-Semitism, bias, unfair editing and infringement of privacy. After an eight-month investigation, Ofcom’s detailed, 60-page ruling rejected each complaint in full.

“Al Jazeera is committed to independent journalism and reaffirms its belief in media freedom, unhampered by government influence,” the network said.

“It considers it deeply unsettling that organisations in the United States are attempting to suppress its output and curtail freedom of speech. Al Jazeera considers such attempts as a form of harassment that threatens the safety of journalists and their ability to perform their professional duties in a secure environment.”