The baby brother of Alfie Evans – who passed away last year after a long legal battle over his treatment – attended his first football match yesterday.

Thomas Junior oversaw Everton’s 1-0 win against Arsenal as he was held by father Tom Evans, 22, at Goodison Park, Liverpool.

Eight-month-old Thomas was seen smiling with his father, wearing a baby blue coat and woolly hat with pom-poms.

Tom wrote on Instagram: ‘#allbecauseofalfie today Thomas made his debut at goodison park. And he got to meet the players and manager… he had a lovely day and stayed awake through the whole game’. 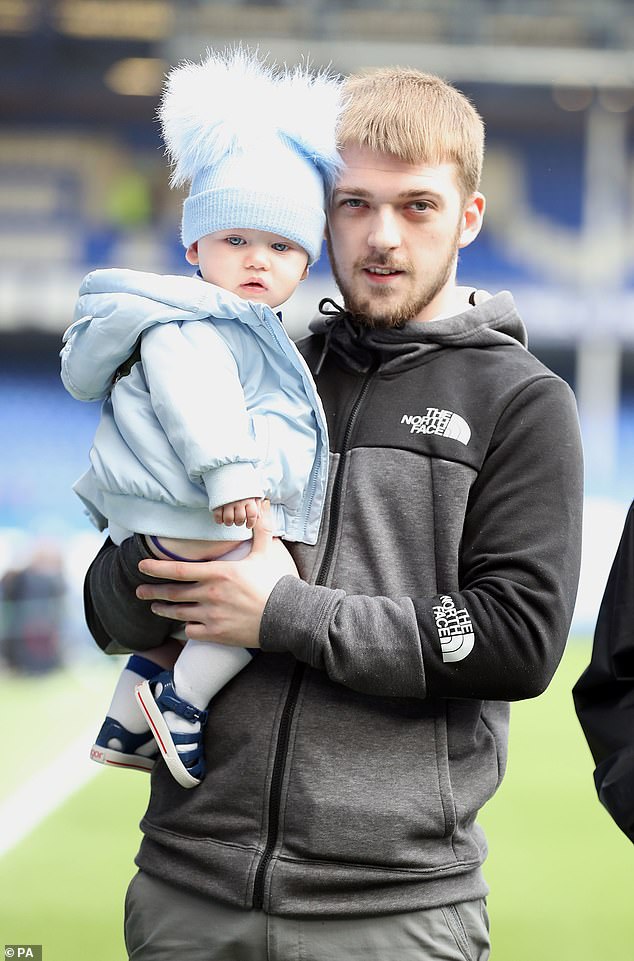 Thomas oversaw Everton’s 1-0 win against Arsenal yesterday as he was held by father Tom Evans, 22, at Goodison Park, Liverpool

Baby Thomas and his father were applauded by 39,400 fans as Tom paraded before kick-off, according to the Mirror.

Alfie had attended Goodison Park before he passed away, apparently enjoying his time at the ground.

His father, an Everton fan, said Thomas has been tested and does not suffer from the same condition as Alfie. 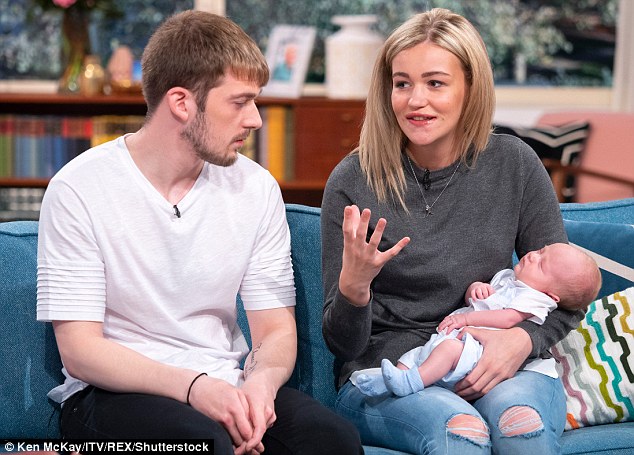 Tom was bestowed with the Chairman’s Blueblood Award last year, an annual award given to individuals who Everton chairman Bill Kenwright believes ’embody the Evertonian spirit’.

The couple proudly showed off baby Thomas on This Morning last September – four months after Alfie died from a rare genetic disorder.

Following Thomas’ birth, Mr Evans and Ms James faced an ‘agonising’ four-day wait to see if their new son had the same condition, but fortunately his tests came back negative. 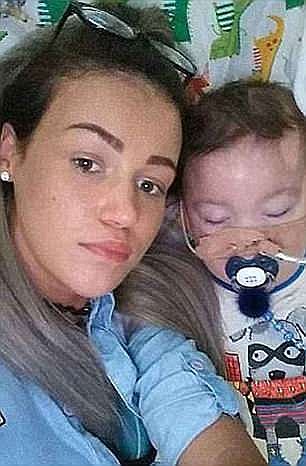 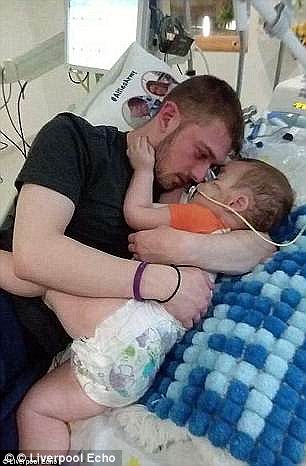 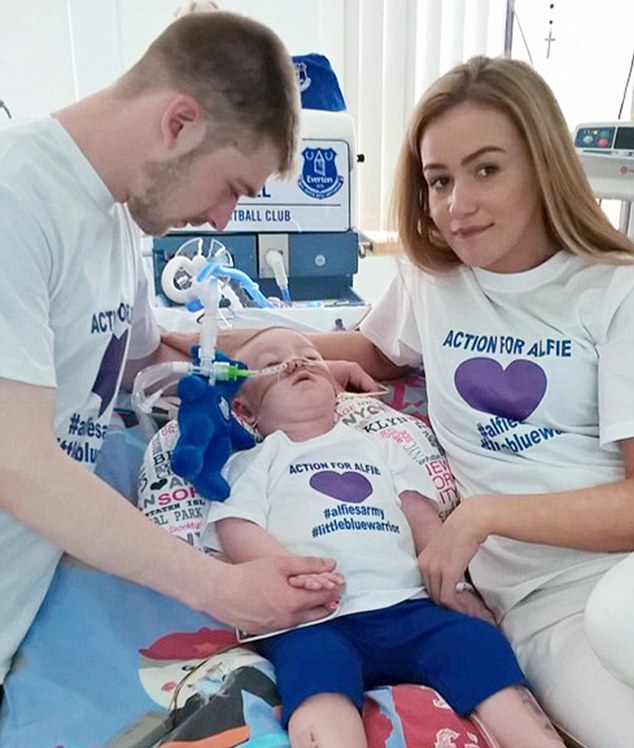 Speaking to This Morning co-hosts Phillip Schofield and Holly Willoughby, Ms James said: ‘I knew there was a chance Tom could have the same condition but it wasn’t until I was induced that I began to really worry about it and became convinced he had it.

‘He frowns and stretches like Alfie, he is just a double. When I had him, I wondered “what if he does resemble Alfie”, how will I feel.

GABA-transaminase deficiency is a brain disease that begins in infancy.

Children living with the condition do not usually live past two years of age.

The disorder is genetic, and is passed down to offspring 25 per cent of the time when both parents carry the mutated gene.

‘It’s nice to be able to say his name and feel positive.’

Tom, speaking with tears in his eyes, added: ‘Sometimes you feel Alfie is in him. You’ll say “Alfie” and Tom will smile. We will always have two children, no matter what.

‘We’re happy for what we had, and what we have still got because we have two amazing children and we will always have them.’

The parents’ struggle to save Alfie gained widespread media attention after the couple fought to take him to Rome for emergency treatment.

But Alfie died in April last year after a court ruled for his life support to be switched off.

Thomas was born in August last year, and his father has said the child has given him something to wake up for.

He told the Mirror: ‘Thomas is Alfie’s double, the resemblance is amazing.

‘When we see Thomas pull a face he looks like Alfie, we feel that in a way we have them both with us.’

He added: ‘I’ve got something to wake up to with him. I have to keep happy for Thomas’s sake. I wouldn’t want to wake up if it wasn’t for the baby.’