Private schoolboys are exposed for saluting Hitler, simulating sex acts on a train and telling female teacher they knew where she lived in horrific leaked document elite college does NOT want you to read

Students from a Melbourne private school were sexually inappropriate in public and at school and sexually harassed and intimated a young female teacher, a leaked document has alleged.

The toxic culture among boys at St Bernard’s College in Essendon emerged after independent interviews with staff members.

Teachers from the Christian Brothers catholic college detailed their concerns to an Independent Education Union of Victoria official, who compiled them into a 13-page report which has since been leaked.

The damning development is more bad news for under-fire Christian Brothers institutions after another school in the network was plagued by appalling student behaviour in May and their governing body was slammed in a report by KPMG two weeks ago. 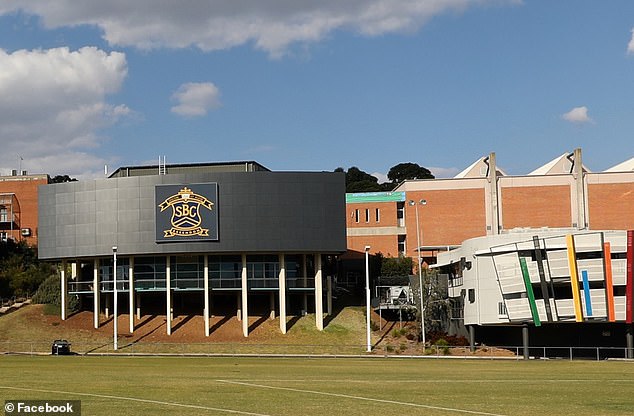 The toxic culture among boys at St Bernard’s College (main) at Essendon emerged after independent interviews with staff members.

In one instance a young female teacher feared for her safety after receiving threats from a male student who sexually harassed her, the Herald-Sun reported.

The teacher claimed the boy told her he knew the route she took home and correctly named the suburb she lived in after asking if she attended a gym there.

The same woman was subjected to comments about ‘her looks’ from another boy, who openly objectified her.

Another student was suspended for giving a Nazi salute while in class. 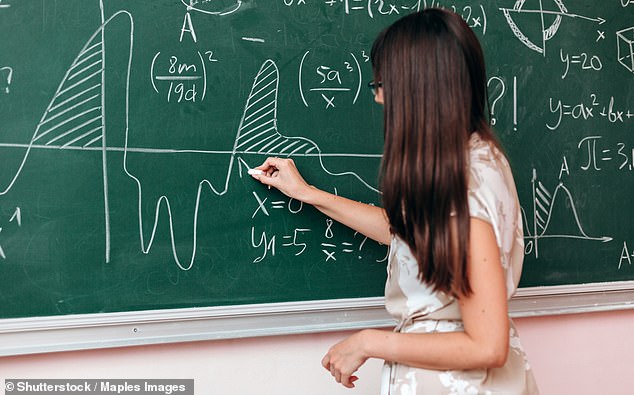 In one instance a young female teacher feared for her safety after receiving threats from a male student who sexually harassed her, while another boy claimed he knew the route she took to get home  (stock image)

A swastika was etched into the teacher’s whiteboard in the same classroom and only removed two weeks later.

The school took the allegations ‘extremely seriously’, claimed its principal, Dr Michael Davies in a letter to parents and caregivers.

He said ‘the vast majority’ of the school’s students ‘live our positive values’. 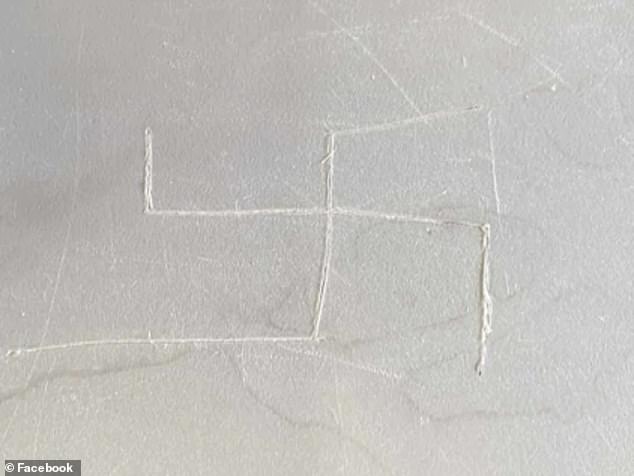 A student was suspended for giving a Nazi salute while in class and a swastika was etched into the teacher’s whiteboard in the same classroom. Pictured, the swastika etched into a classroom whiteboard at St Bernard’s College 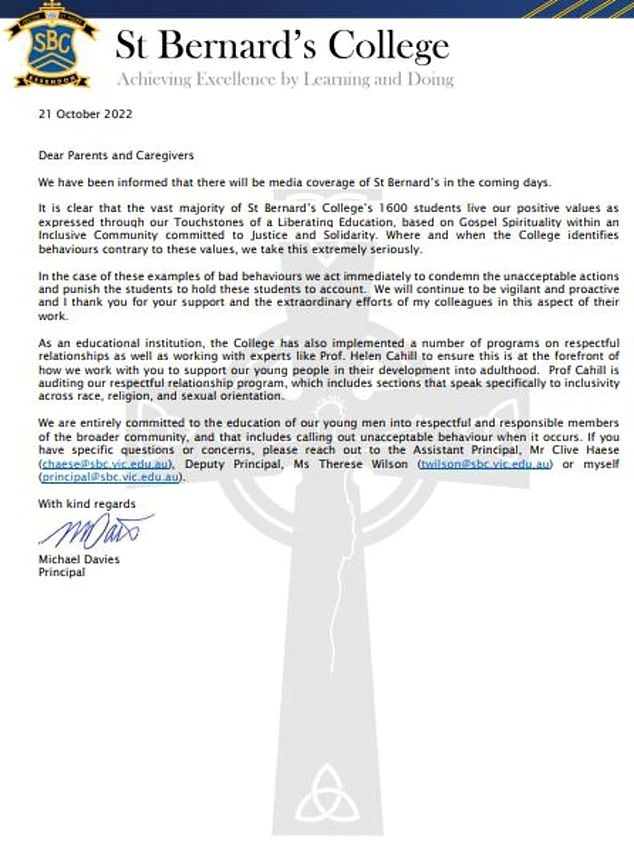 But in the report teachers alleged the school failed to properly deal with staff complaints.

The school’s boys acted inappropriately in public on several occasions, it was also  alleged.

During an excursion some boys simulated sex while others shared sexual imagery during a Melbourne tram trip, one teacher claimed.

‘On an excursion [teacher’s name withheld] had a group of boys on a tram where they proceeded to sing who let the dogs out in relation to a woman,’ said one anecdote from the report.

Boys in a Year 9 class were ‘dry humping’ each other, while Year 11 students were comparing penis sizes.

Some of the teachers told the union official they believed the school’s attitude to sexual harassment and violence by students was at times ‘boys will be boys’.

They also told the official they were worried that reporting of the incidents could reflect on their teaching rather than the ‘appalling’ conduct of the boys.

The report recommended the school needed to appoint ‘an independent person’ to handle staff complaints. 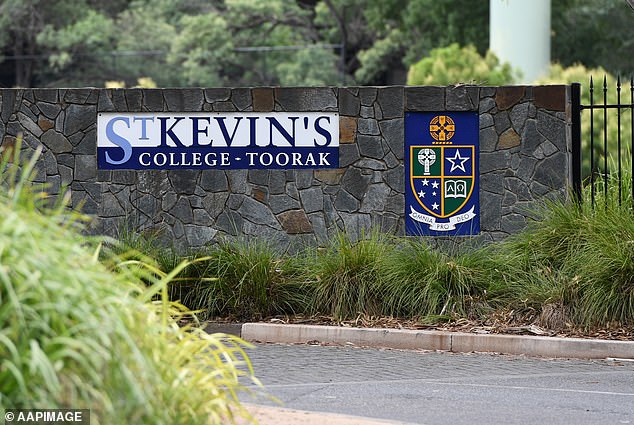 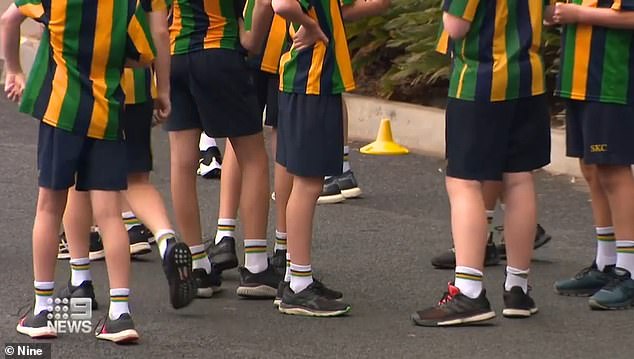 The school, whose motto means ‘to learn what is right and then to put it into practice’, is part of he Edmund Rice Education Australia (EREA) network.

The EREA network was formerly known as the Christian Brothers.

Dr Davies pointed out in his letter to parents that the St Bernard’s College’s ‘respectful relationships program’ was being audited by child and youth wellbeing researcher, Professor Helen Cahill.

In May teachers at St Kevin’s College, another Christian Brothers school, ‘don’t feel safe’ after year seven and eight boys were caught out rating female staff’s genitals on a sickening list.

A teacher revealed the boys had been ranking ‘staff members’ p*****s’ and rating the sexual attractiveness of each other’s sisters.

The shocking claims came after an internal review in July 2021 found that the $20,995-a-year school had a ‘sexist’ and ‘misogynist’ culture.

The KPMG report into the Trustees of Edmund Rice Education Australia (TEREA) said the body was ‘absent’ and had ‘evaded accountability’.