An Australian man accused of supporting and recruiting fighters for Islamic State in Syria has faced court in Melbourne after being deported from Turkey where he had been jailed for links to the terrorist group.

Mohamed Zuhbi, 30, had claimed he was an aid worker helping refugees on the Turkish-Syrian border. 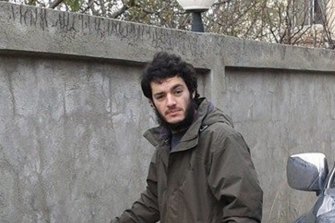 Mr Zuhbi appeared in Melbourne Magistrates Court on Sunday in a remand hearing and was kept in custody where he will serve 14 days of quarantine.

Mr Zuhbi’s lawyer Tass Antos told the court his client may be at risk of self-harm and needed to see a psychiatric nurse for potentially undiagnosed mental health issues, Nine News reports.

Mr Zuhbi faces charges that he fought in the Syrian civil war, supported a terrorist organisation, and entered a declared area.

While in Syria he adopted the name Mohamed Ibn Albaraa, married a local woman, had four children and was trying to set up a bakery, Bara Zuhbi, his father, told the ABC last year.

Appearing live from Turkey on SBS talk show, Insight in 2014, Mohamed Zuhbi said he was not a part of any particular group.

He told Insight he was not fighting, but was comfortable with other Australian muslims fighting for Islamic State, who he described as freedom fighters.

“Any freedom fighting group that has emerged in the last 10 years has been listed as a terrorist organisation,” he said.

The arrest was the culmination of a six-year investigation between Australian authorities and their overseas counterparts.

“Anyone who fights with, provides material support to, or associates with terrorist groups, is committing a serious crime and will be subject to the law,” Australian Federal Police Commander Counter Terrorism Operations Stephen Dametto said.

He said there was no impending threat to the community in relation to this operation.

Mr Zuhbi will return to court on May 21. The AFP is expected to apply for his extradition to NSW on that date.

The man will undergo mandatory 14-day quarantine in Victorian corrections facilities before being extradited to NSW for the matter to be heard in a court there.

Information about extremist activity or threats to the community can be passed on to the National Security Hotline on 1800 123 400.