An ambulance worker said she feared running out of fuel while on emergency calls due to petrol panic buyers – and was then abused when she finally got some.

Becky Hough was driving around for two days as she neared an empty tank but found queues on forecourts and petrol stations already sold out.

The 24-year-old apprentice emergency care assistant – who works with paramedics – tweeted about her ordeal.

She was hit with a barrage of criticism saying her ambulance has a big fuel tank and she shouldn’t have got so low.

Others cruelly said emergency services should not be using normal petrol stations and should have their own pumps. 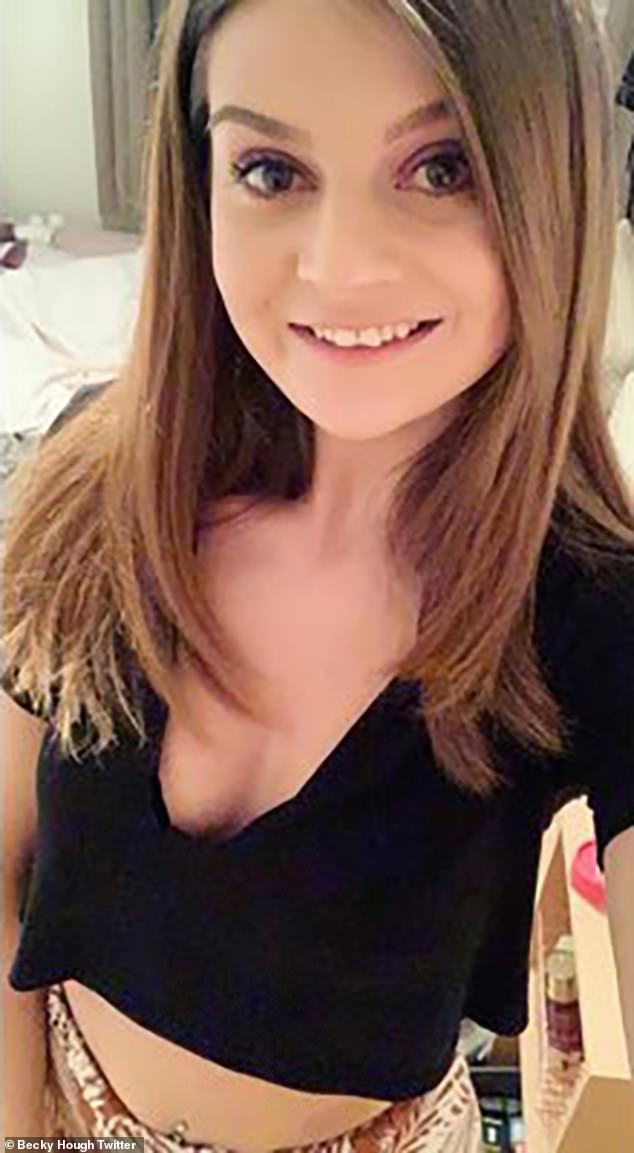 She started looking for fuel on Friday and was only finally able to fill her tank on Sunday afternoon when a BP garage let her use their reserves.

But when she finally got some she said was verbally abused and sworn at by other angry motorists.

Ms Hough, of Basingstoke, Hampshire – whose tweet got over 75,000 likes and retweets – said: ‘To everyone that panicked and went to fuel their cars when it wasn’t needed, well done.

‘On shift on an emergency ambulance, low on fuel and struggling to find somewhere that isn’t sold out.’

But Daniel Handforth accused it of being her fault.

He said: ‘That vehicle must get about 500 miles on a full tank, how do you even get close to running out of fuel?’

Ms Hough replied: ‘Due to the demand on the ambulance service at the moment, we are spread far and wide.

‘We could be the closest ambulance to a call, yet still be 30 plus miles away.

‘We start every shift with a full tank of fuel. Yesterday we averaged 300 miles in a 12 hour shift.’

Dave Piccirillo added: ‘Not defending the panickers here, but ambulances ought to have their own petrol stations/reserves.’

Ms Hough added: ‘They ought to yeah I agree. And I’m sure there are ambulance stations out there that do.

‘However my station is very small, with only three ambulances running out of it, and we do not. Instead we have fuel cards.’ 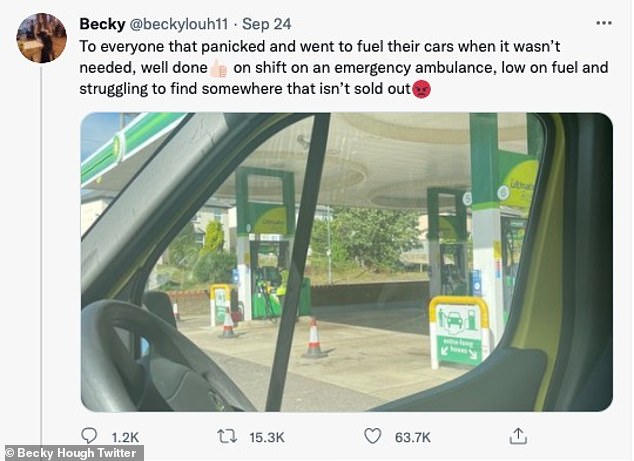 On Sunday evening Ms Hough tweeted: ‘Finally. A BP garage that has let us use the reserves.

‘However whilst fuelling we received verbal abuse from the public driving past, horns being honked and many hand gesture.’

The incident comes as London mayor Sadiq Khan said some care workers, NHS staff and taxi drivers are unable to fill up at petrol stations.

‘Our emergency services and our buses have enough and they have some in reserve, but we are hearing stories about care workers, people who work in hospitals who need their car to go to hospital, black cab drivers, private hire vehicle drivers not being able to fuel up and provide the services that our city needs but also to enable people to get to work.

‘We are working with the DfT (Department for Transport) to do what we can to make sure we have fuel being provided particularly for those key workers across our city.’