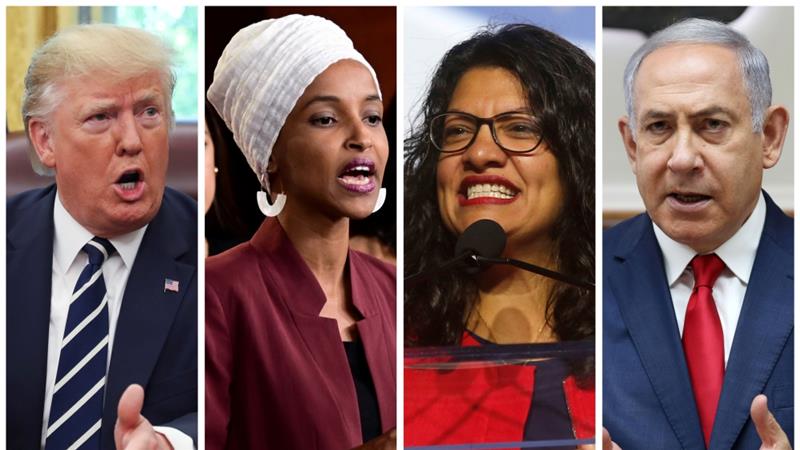 United States congresswomen Rashida Tlaib and Ilhan Omar have called Israel’s decision to bar them from entering the country before a planned visit to the occupied West Bank “a sign of weakness” and “an insult to democratic values”.

Tlaib, a 43-year-old Democrat of Palestinian heritage, reacted to the decision by posting a picture on Twitter of her grandmother who lives in the West Bank village of Beit Ur al-Fauqa, accompanied with the message: “I am who I am because of her.

“The decision by Israel to bar her granddaughter, a US Congresswoman, is a sign of weakness because the truth of what is happening to Palestinians is frightening.”

For her part, Omar called Israel’s decision “chilling”, adding, however, that it came as no surprise given the policies of Israeli Prime Minister Benjamin Netanyahu, a close ally of US President Donald Trump who earlier on Thursday had called Israel to not let his two compatriots and congresswomen in.