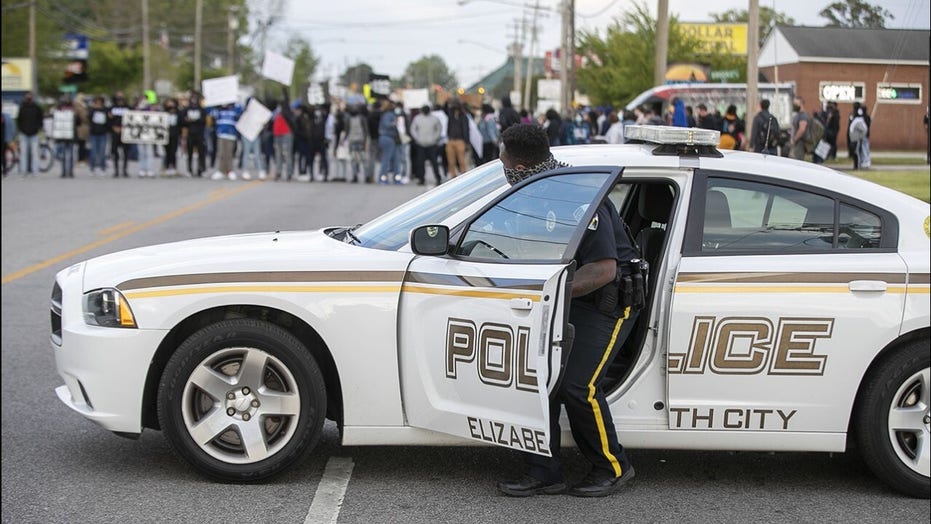 The family of the Black man shot and killed during a warrant executed by North Carolina sheriff’s deputies last week will see body camera footage for the first time Monday.

Elizabeth City, N.C. officials declared a state of emergency Monday ahead of the possible public release of body camera footage of the fatal shooting of Andrew Brown Jr. during a drug-related warrant executed by sheriff’s deputies last week.

Brown’s family and their attorneys will privately be shown the video at the Pasquotank County Sheriff’s Office at 11:30 a.m. ET Monday and will hold a news conference immediately following. Ben Crump, the high-profile civil rights attorney who secured the $27 million civil lawsuit in Minneapolis for the family of George Floyd, as well as attorneys Harry Daniels, Bakari Sellers and Brown’s relatives, will be present.

Elizabeth City-Pasquotank Public Schools will operate on a full remote schedule for all students and staff through Friday “due to the continuously evolving state of civil unrest in our local community and under the advisement of our local law enforcement partners.”

“Schools will share additional information regarding the remote learning schedule with families,” a statement posted to Facebook on Sunday said. “We appreciate your support and understanding during this time.”

It’s unclear when the body camera footage will be released publicly.

Pasquotank County Sheriff Tommy Wooten II said in a recorded video statement Saturday that he would file a motion in court to ask a local judge as early as Monday to allow its release. Wooten said he would first check with the North Carolina State Bureau of Investigation, which is probing the fatal shooting, to make sure that releasing the video would not hamper their efforts.

“Only a judge can release the video. That’s why I’ve asked the North Carolina State Bureau of Investigation to confirm for me that the releasing of the video will not undermine their investigation,” Wooten said. “Once I get that confirmation, our county will file a motion in court, hopefully Monday, to have the footage released.”

Wooten released the statement just after a family attorney, local clergy and civil rights leaders, including the Rev. William Barber II, who leads the Poor People’s Campaign, held a news conference to demand that the footage be released.

“America, here is the issue: A warrant is not a license to kill, even if a suspect supposedly drives away,” Barber said at the news conference attended by several of Brown’s children and other family members. “A warrant is not permission to shoot someone.” 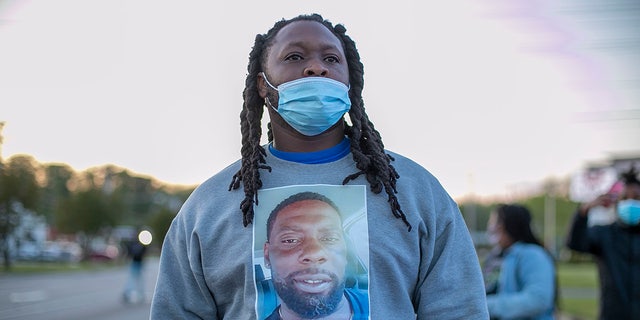 A demonstrator wears a shirt with an image of Andrew Brown Jr. on it during a march, Thursday, April 22, 2021, Elizabeth City, N.C., in reaction to the death of Brown, who was shot and killed by a Pasquotank County sheriff’s deputy earlier in the week. (Robert Willett/The News &amp; Observer via AP)

“Initial reports of the shooting in Elizabeth City and death of Andrew Brown, Jr. this week are tragic and extremely concerning,” Cooper tweeted Friday. “The body camera footage should be made public as quickly as possible and the SBI should investigate thoroughly to ensure accountability.”

Monday marks six days since the shooting happened on April 21, and authorities so far have provided limited information regarding the circumstances under which Brown was killed. Meanwhile, protests demanding transparency have persisted in Elizabeth City, a municipality of about 18,000 people 165 miles northeast of Raleigh. 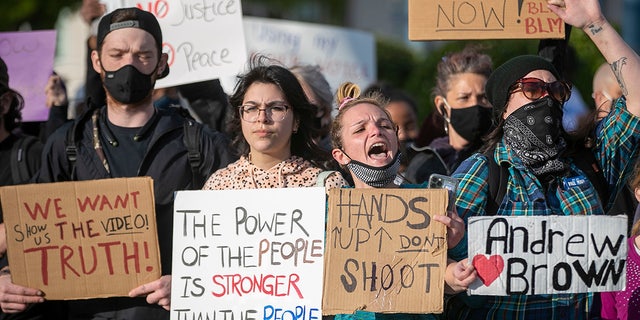 Brown, 42, had a criminal history dating back to the 1990s, including past drug convictions.

Seven deputies have been placed on leave amid indications, including emergency scanner traffic and an eyewitness account, that Brown was shot in the back as he tried to drive away in his neighborhood.