Andrew Lloyd Webber has warned ministers not to let ‘selfish’ vaccine-refusers derail plans for the final stages of easing the lockdown.

The musical composer today said those who wouldn’t have a Covid jab ‘are as bad as drink drivers’, and that they were affecting ‘an enormous number of people’s jobs and livelihoods’.

While restrictions on theatres were lifted this morning, Lord Lloyd Webber said he would not be opening shows in his venues until all measures are scrapped, as it was ‘too costly’ to play to reduced audiences.

But he warned that people who refused to take a vaccine when offered were jeopardising the June 21 date for the final stage of England’s road map, when remaining restrictions are meant to be eased. 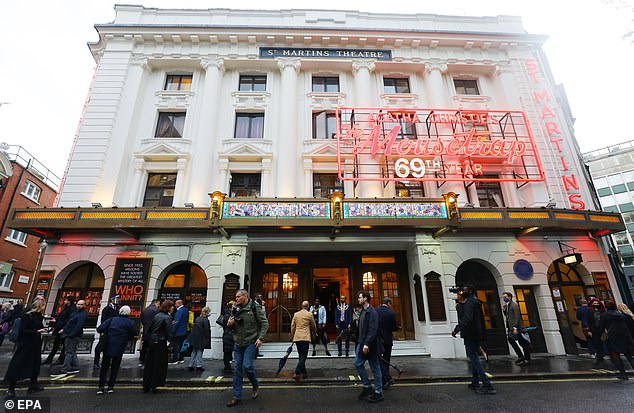 While restrictions on theatres were lifted this morning, Lord Lloyd Webber said he would not be opening shows in his venues until all measures are scrapped, as it was ‘too costly’ to play to reduced audiences. Pictured: The Mousetrap reopens at St Martin’s Theatre

Speaking to BBC Radio 4’s World At One he said: ‘Look at it this way. You could just say “I would like to go out and have a drink tonight and drive home and accidentally I kill somebody”.

‘Now it seems to be that nobody’s going to go out and deliberately infect anybody with Covid but it’s completely wrong if we know the science.

‘I think the Queen put it rather well when she said we had to think of other people in all of this.’

He added that the June 21 date for the final unlocking was ‘absolutely critical’, warning: ‘If that doesn’t happen, I really don’t even want to think about it. 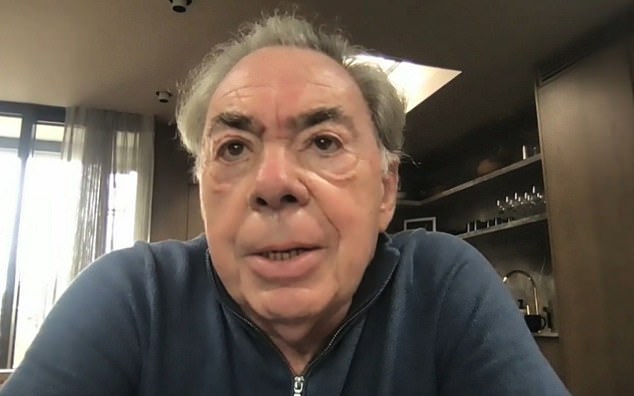 The musical composer today said those who wouldn’t have a Covid jab ‘are as bad as drink drivers’, and that they were affecting ‘an enormous number of people’s jobs and livelihoods’

‘It has been such a devastating time for everybody.

‘I just feel so strongly at the moment, particularly the people who are not getting vaccinated and everything, just how selfish it is, because so many people depend on this June 21 date, they really depend on it.’

It was a view echoed by Tory MPs Conor Burns and Marcus Fysh, who said people who refuse vaccines should not hold up the easing of restrictions.

Bournemouth West MP Conor Burns said: ‘As a nation we have tolerated with generally good humour the most profound curtailment of our freedoms in peacetime for the greater good.

‘It wouldn’t be right to do it again for those who have been offered a vaccine and have freely chosen not to take it – fully aware of the risks.’ 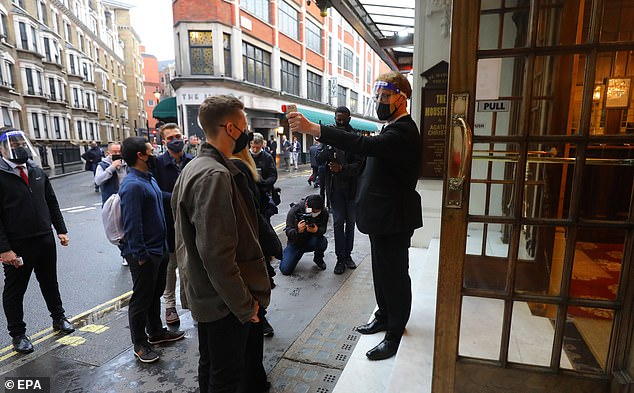 Yeovil MP Mr Fysh said it would not be ‘reasonable’ to delay the ‘complete release from restrictions’ on June 21.

‘The vast majority are vaccinated, the vaccines work, and the rest now have a vanishingly small risk of harm,’ he said.

‘If people don’t want to be vaccinated it is not up to society to shield them.’

Their comments come after a senior minister told Politico that ‘the risk is a small number of idiots ruin it for everyone else’.

Downing Street said concerns about the impact of coronavirus on the unvaccinated were not the only reasons why the spread of the Indian variant had led to uncertainty about the June 21 date.

In a worst-case scenario, where the Indian variant is far more transmissible than the existing UK strain, the Prime Minister’s spokesman said: ‘What we would be talking about then is a situation where not just individuals who are vaccine-resistant or vaccine-hesitant, or those who have not sought out their first jab, might catch coronavirus, but those who have had the first dose or those who have had two doses but for whom vaccine efficacy is reduced.

‘That would then lead to increased hospitalisations and put unsustainable pressure on our NHS.

‘That’s the situation we are attempting to avoid here.’