Ann Widdecombe has refused to apologise after using the term ‘golliwog’ in a WhatsApp group for Brexit Party activists.

The Brexit Party candidate, 72, used the offensive term in a group discussion between local members.

Despite being accused of racism, the once prominent Conservative minister did not say sorry and said ethnic minority communities should ‘not be offended by it’.

The WhatsApp conversation was leaked to the local media by a concerned insider.

In it a Brexit Party supporter wrote: ‘Sounds like our chairman has been in the receiving end of some ‘Widdy rage.’

Ms Widdecombe replied: ‘Yes. I threw all my toys out of the pram. Bears and gollywogs (sic) everywhere!!’ 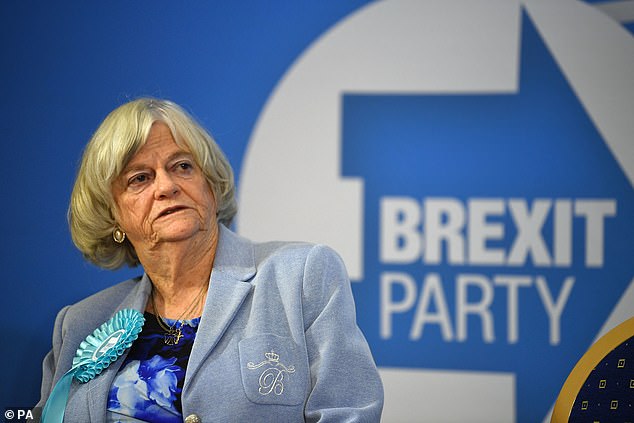 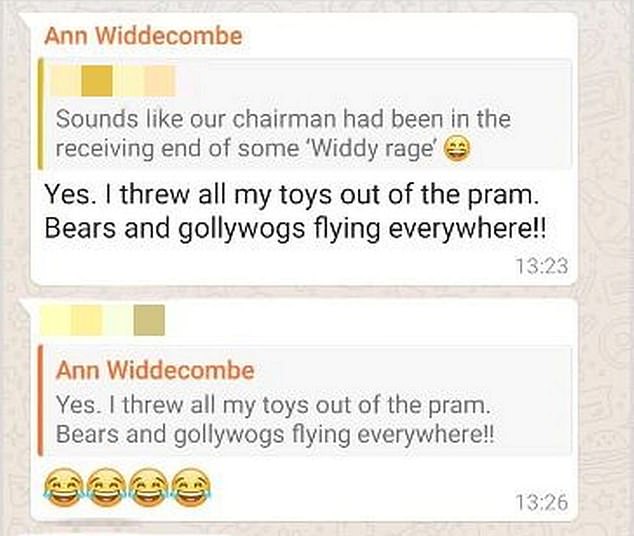 The conversation is dated December 2 and ended with other activists replying to the politician’s message with multiple laughter emojis.

The 72-year-old, who is standing for the Brexit Party in the Plymouth, Sutton and Devonport constituency, refused to apologise and told local reporters: ‘It’s very straight forward – I was talking about throwing my toys out of my pram.

‘Seventy years ago, what toys did you find in a child’s pram? Right – there you go. It’s a word, referring to a toy – a toy.’

Ms Widdecombe claims she used the derogatory slur in reference to a number of toys she metaphorically threw ‘out of the pram’ amid rumours campaign funding was being diverted away from Plymouth ahead of the General Election tomorrow.

In response to whether it was a reflection of wider racism in the Brexit Party, she said: ‘I fundamentally think that’s a very stupid question to ask.

‘It’s just a game that people play – a stupid, cynical game, that I am no part of at all.’ 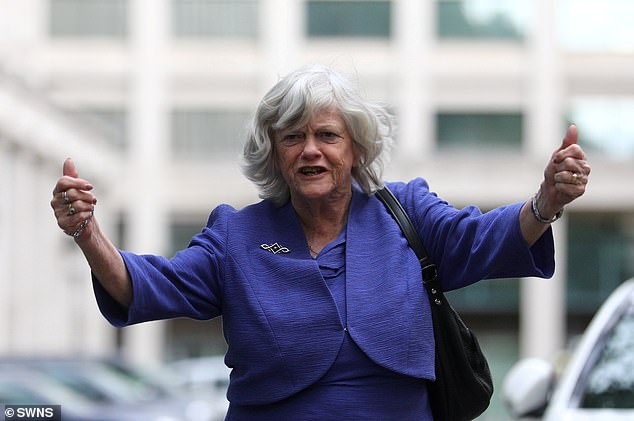 The 72-year-old is standing for the Brexit Party in the Plymouth, Sutton and Devonport constituency

But one party insider has blasted the use of the term as ‘racist’.

They said: ‘I understand a lot of Ann’s comments previously were based on her religious beliefs.

‘But racism is racism. The Brexit Party is no longer a broad church, it’s become a vehicle for the far right.’

Ms Widdecombe is no stranger to controversy. In June she appeared on TV to support her views there is a ‘cure’ to being gay.

She told Sky News viewers during the Sophy Ridge on Sunday programme that science may yet ‘provide an answer’ to the question of whether people can ‘switch sexuality’.

She has also been expressed strong anti-abortion views and opposed same sex marriages. 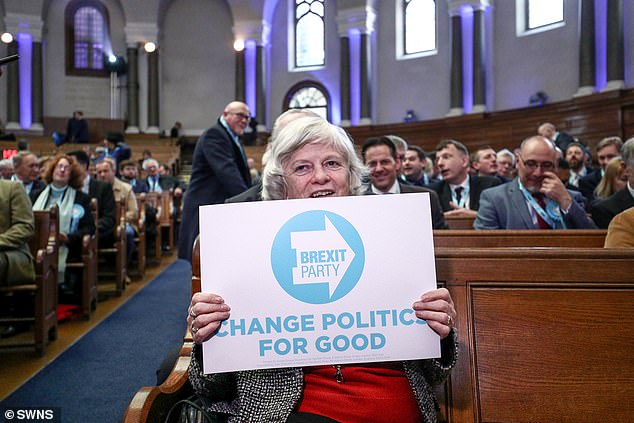 Ms Widdecombe is no stranger to controversy. In June she appeared on TV to support her views there is a ‘cure’ to being gay