The group marched from Hyde Park to the outside Prime Minister's home to demand an end to lockdown. 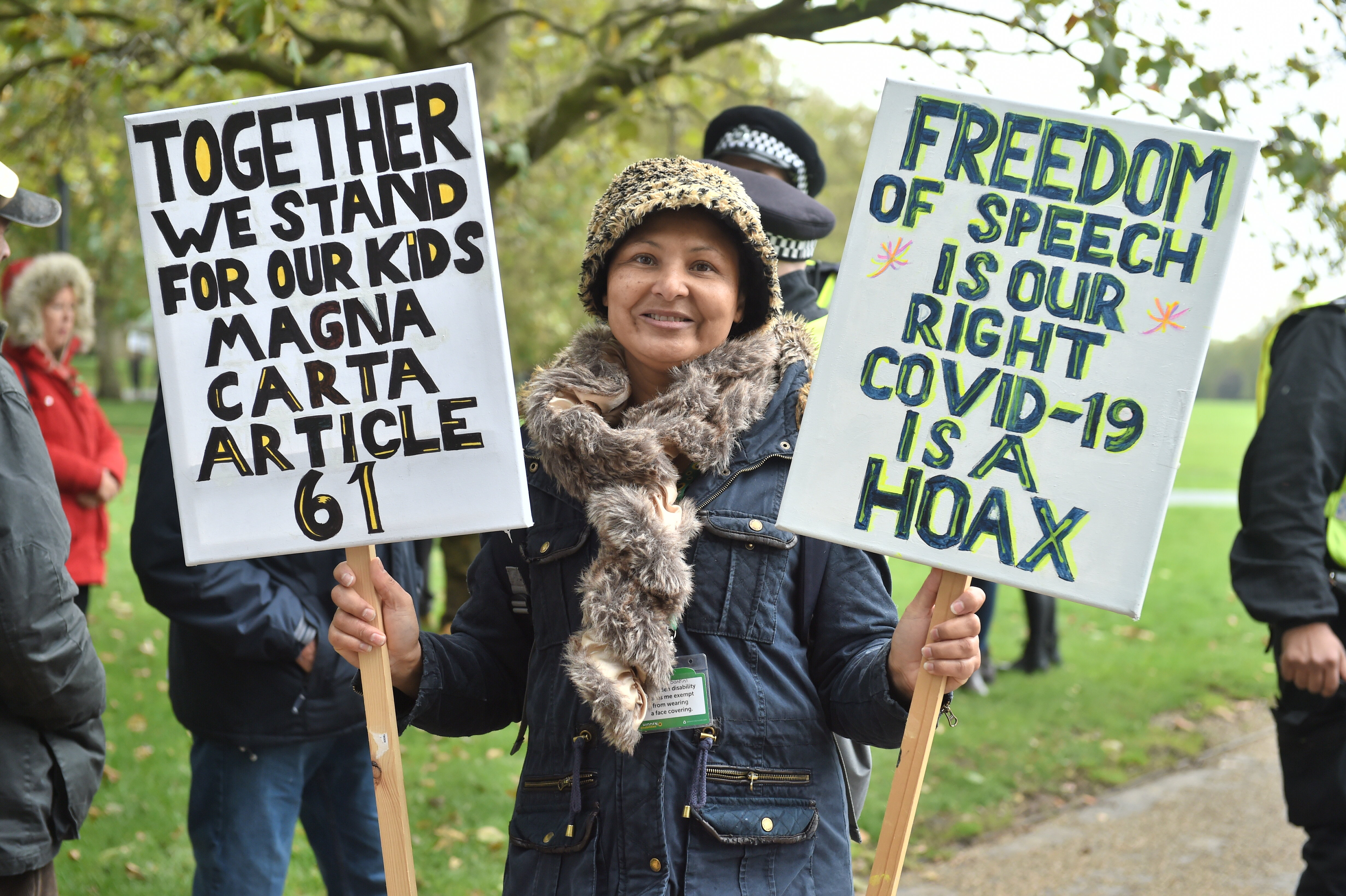 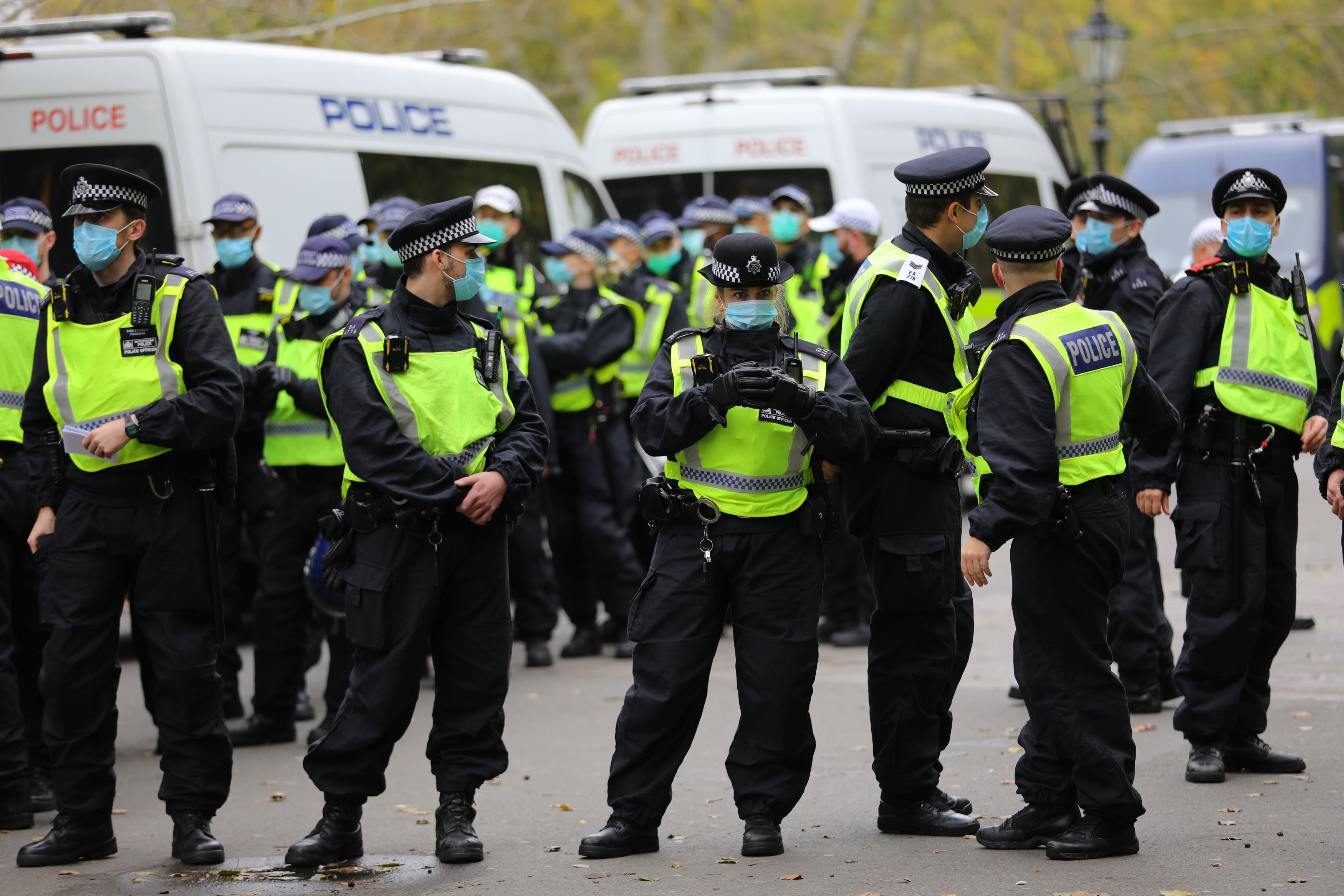 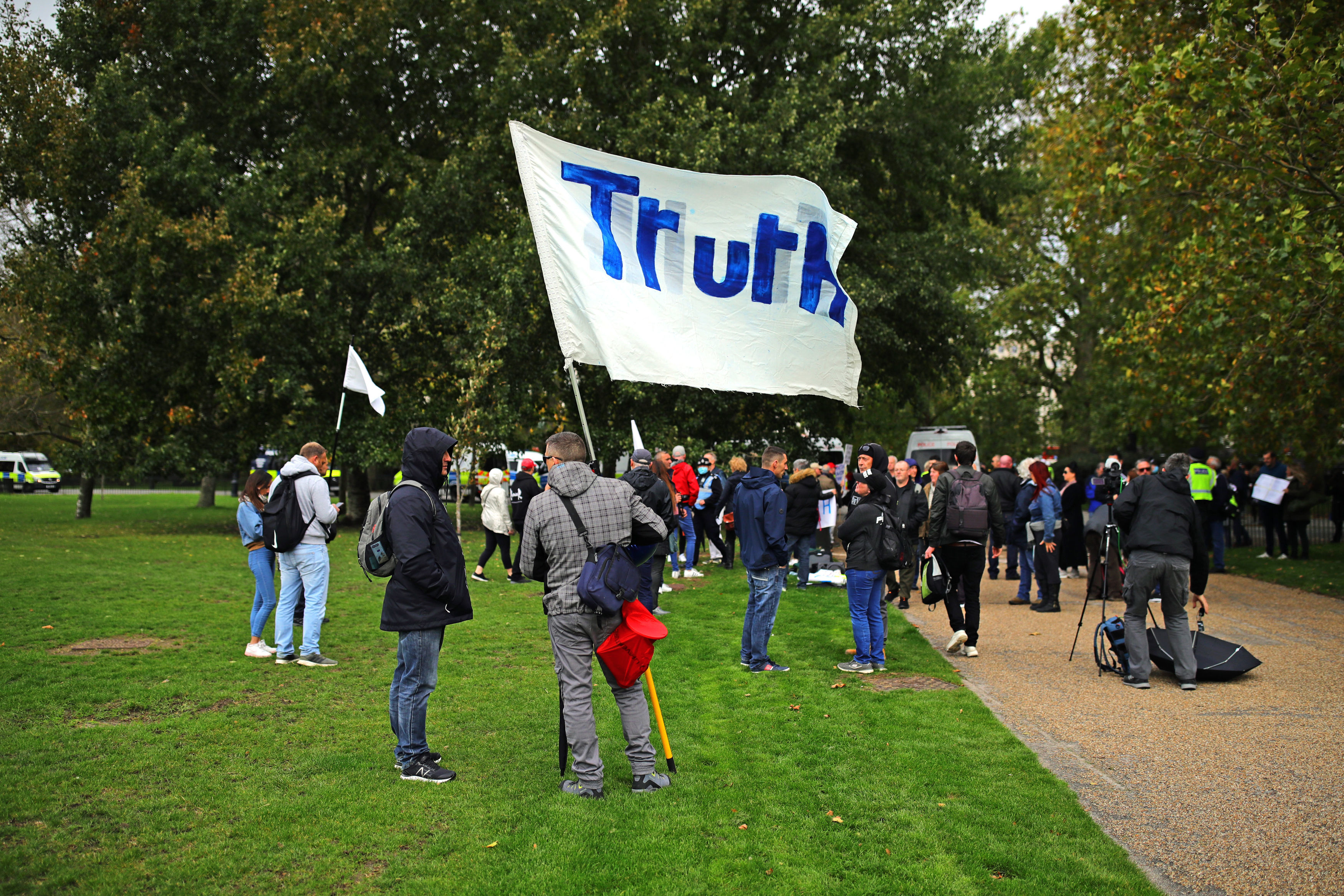 Dozens of cops lined the streets as people marched with banners saying "martial law coming, think it's still about health?" and "Covid-19 is a hoax".

The protesters, mostly unmasked, made their way through central London, flanked by police officers, as they reached Parliament Square.

The group gathered at the gates of Downing Street as a man dressed as a clown spoke out against the lockdowns.

A prankster wearing a high-vis jacket saying "Covid marshal" was filmed telling the protesters to stay in groups of six only otherwise "you will be punished".

Members of the anti-lockdown group told each other not to "give him any oxygen" and keep walking, as he appeared to poke fun at their protests.

It comes as Boris Johnson is set to announce more severe restrictions for the country on Monday.

The PM will reveal the full details of the new streamlined lockdown system in a statement to the House of Commons – with pubs and restaurants expected to be closed in badly hit areas.

But it has frustrated Northern leaders and Brits weary of lockdowns restricting freedoms. 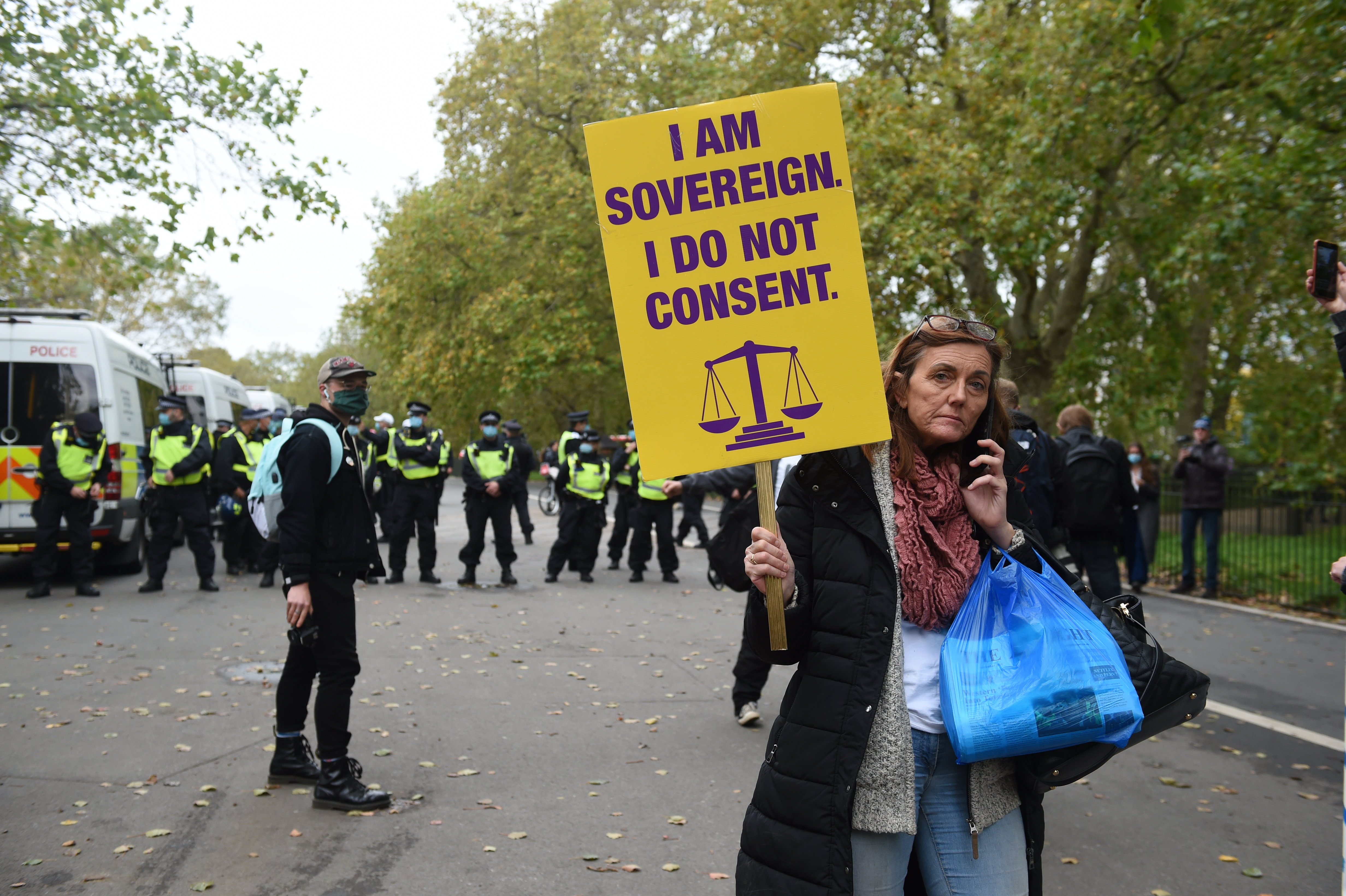 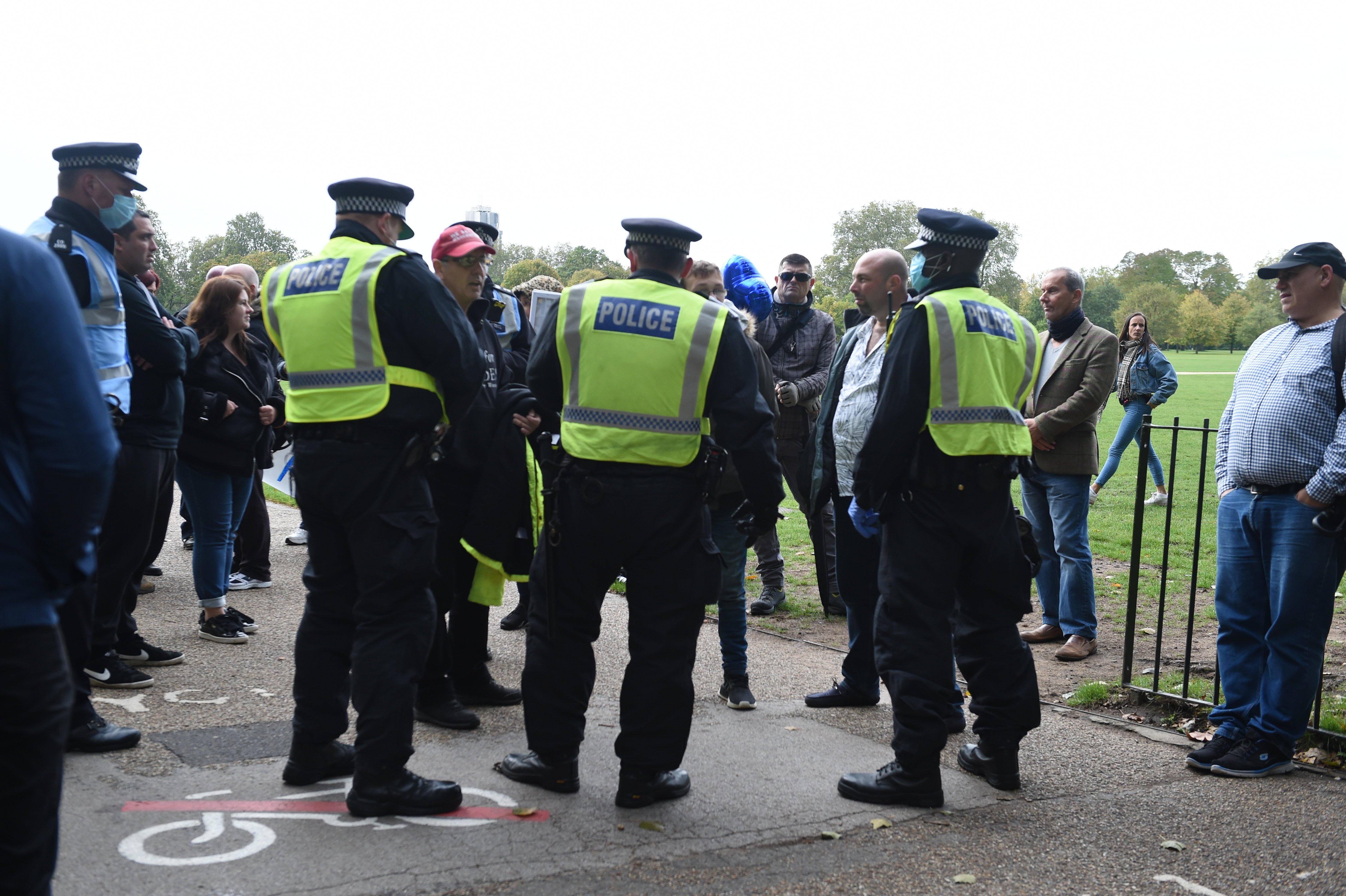 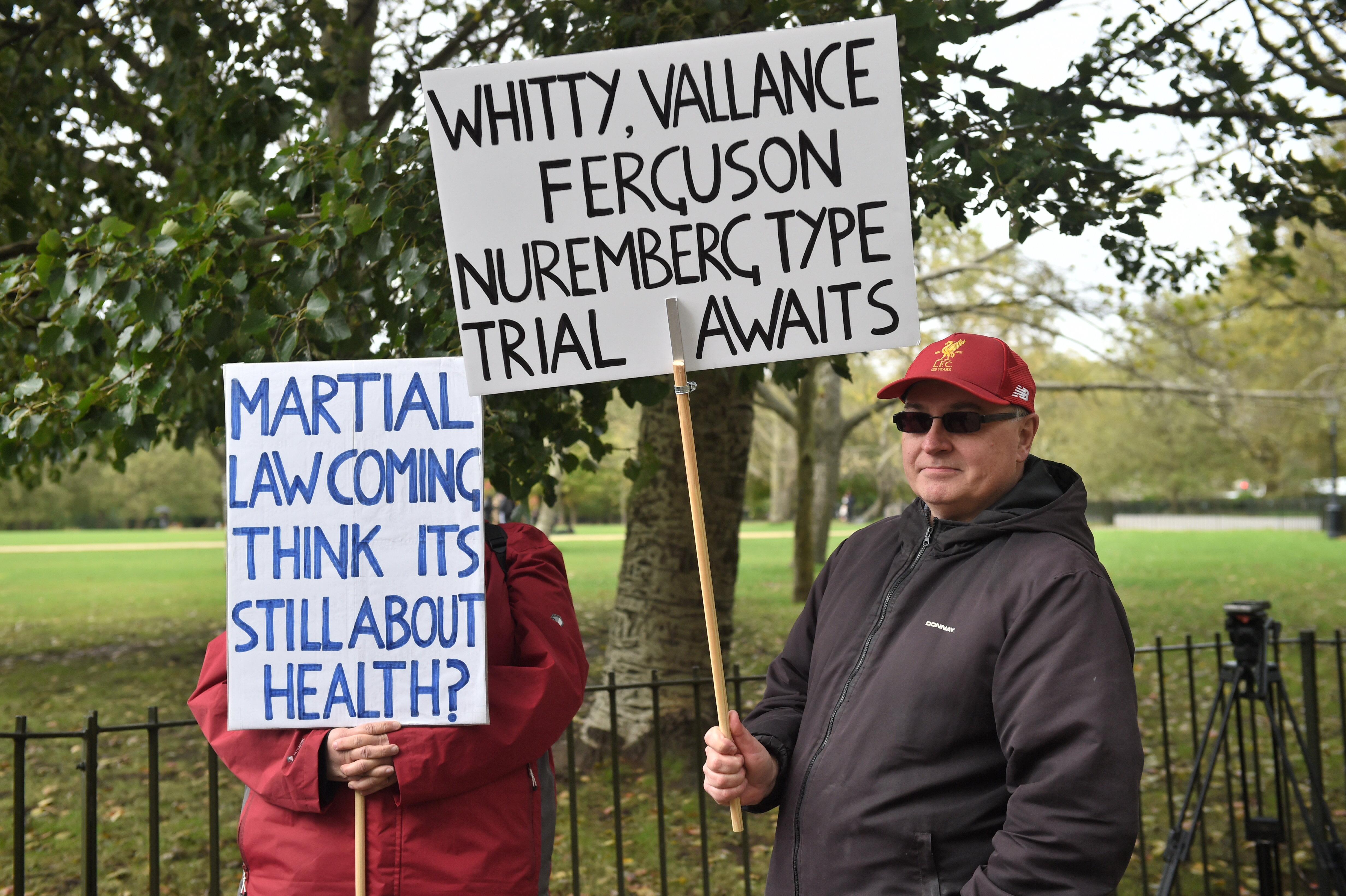 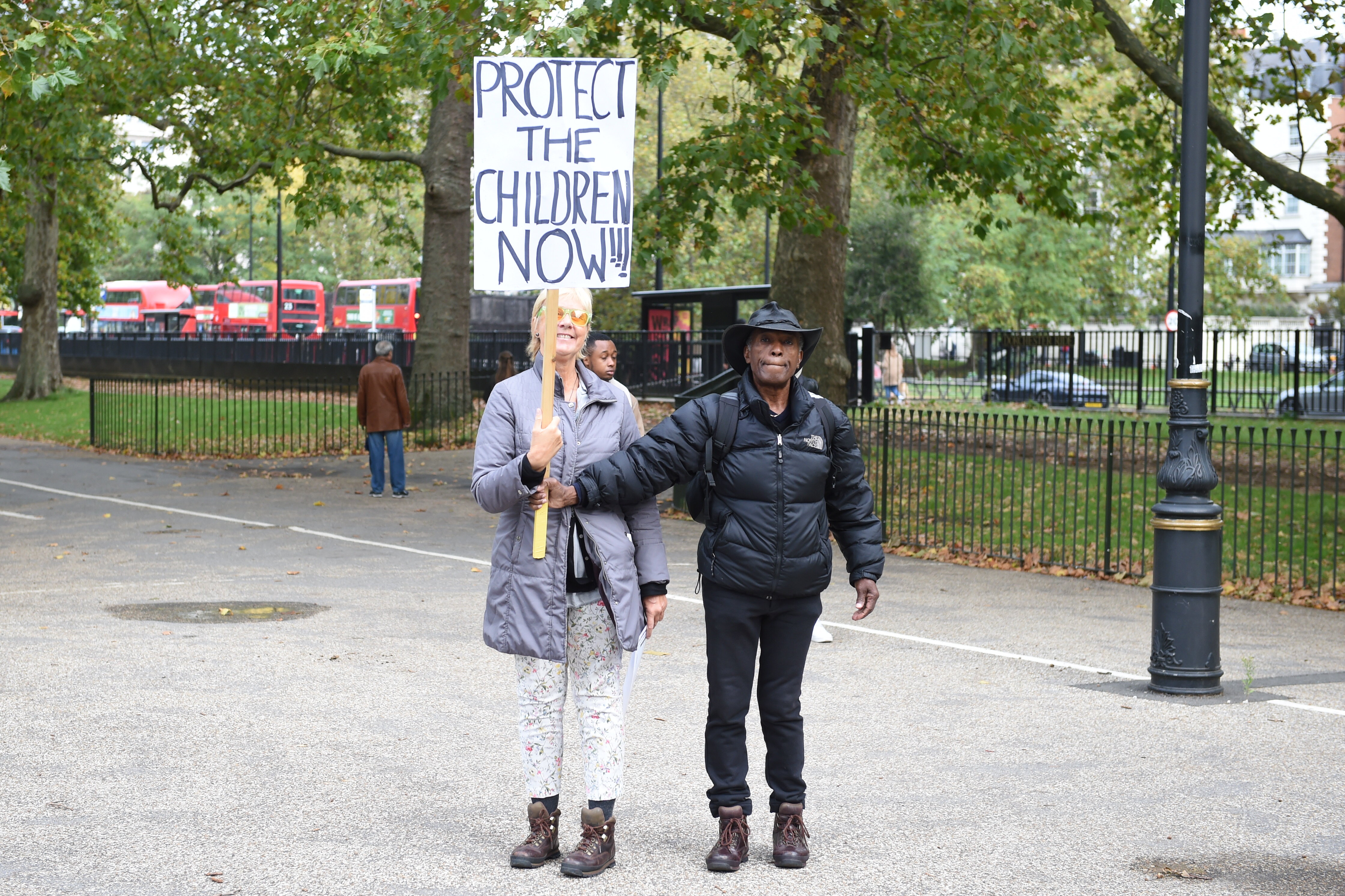 The Labour leader of Gateshead Council, Martin Gannon, said the shut down of hospitality across the North is "counter-productive".

He told BBC Radio 4's Today programme: "Our argument is that even with the mixed messaging, even with the confusion and frustration, the measures that are in at the moment are beginning to work.

"Work with us, give us more time, help us to win confidence and persuade people who want to do the right thing.

"Help us to win confidence to the measures that are currently in, not bring in new measures and get even further resistance and further confusion."

Two weeks ago cops clashed with protesters marching against the lockdown – with a woman shoved to the floor.

Yesterday a further 13,864 lab-confirmed cases of coronavirus in the UK were reported on Friday, and 87 more deaths were confirmed of people who died within 28 days of testing positive for coronavirus.

In Scotland, pubs and licensed restaurants in five health board areas – Greater Glasgow and Clyde, Lanarkshire, Ayrshire and Arran, Lothian, and Forth Valley – were forced to close for all but takeaway service for 16 days from 6pm on Friday.

While in North Wales, new coronavirus restrictions are being introduced in Bangor following a sharp rise in cases, the Welsh Government has announced.

From 6pm on Saturday, people will not be allowed to enter or leave the area without a "reasonable excuse" and can only meet people they do not live with outdoors, it said.

A third of Brits could refuse a life-saving Covid-19 vaccine because of warped conspiracy theories peddled online, a poll found.

But scientists say some 82 per cent of Brits will need to get immunised to stop the killer bug in its tracks.

The YouGov poll of 1,663 people found that 31 per cent either “will” refuse to get the jab, or are unsure about getting one.

Protest marches will be limited to six people in areas with high Covid infection rates under tough new rules being considered by ministers.

The change would mean mass demos such as those organised by Extinction Rebellion activists would be banned in some areas.

A source said: “There is a move to limit political protests in areas which are in the top tier to six people.

“While this country cherishes the right to demonstrate peacefully, some feel it action is needed if the event is risks spreading the virus even further.

“It is not just the demonstrators who are at risk but innocent police officers who are called upon to patrol it.”