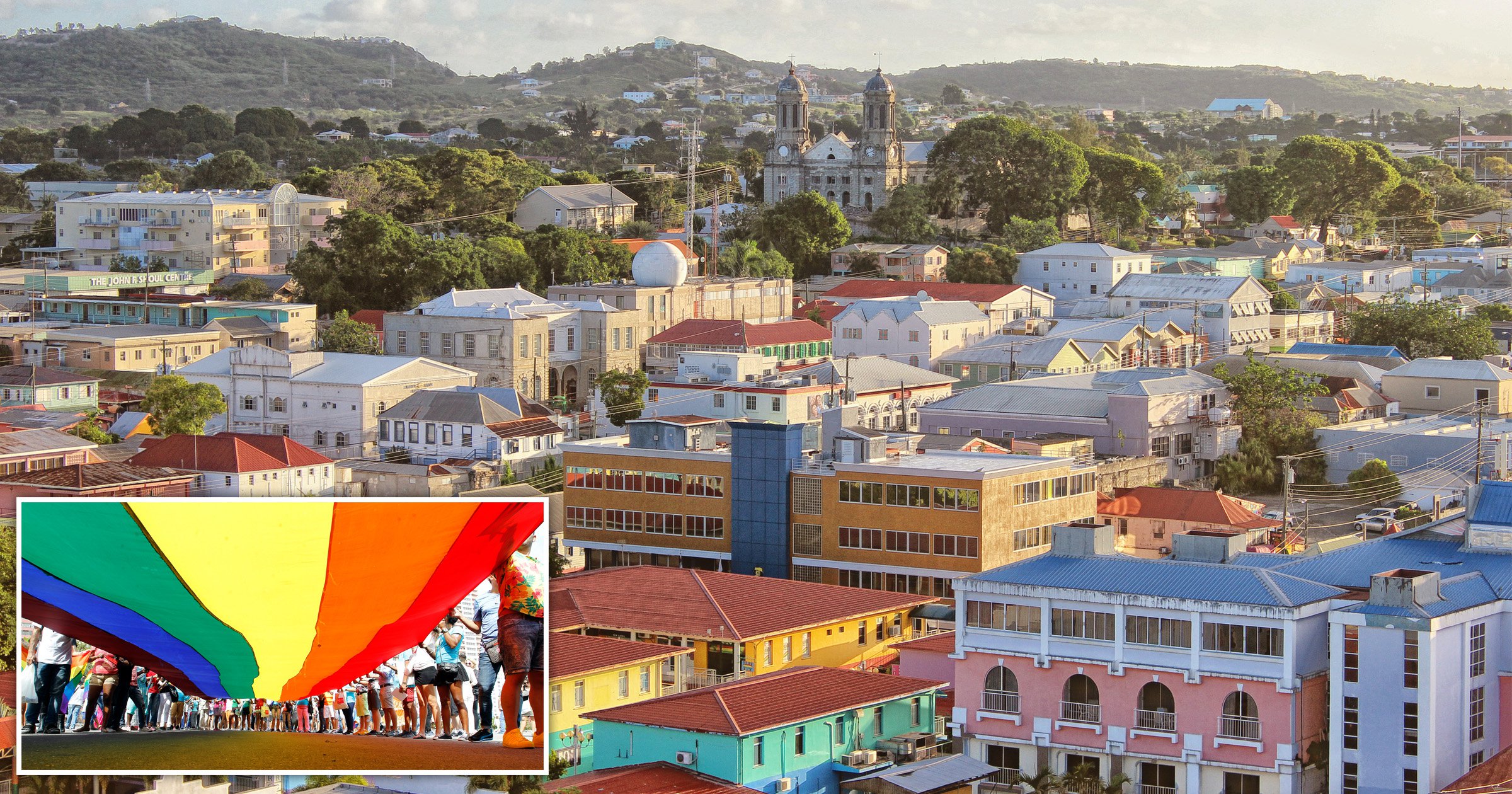 A Caribbean court has ruled a colonial-era law in Antigua and Barbuda that criminalizes gay sex is unconstitutional in a landmark win for campaigners.

The Eastern Caribbean Supreme Court found that ‘the selection of an intimate partner is a private and a personal choice.’

The ruling also said the twin-island nation’s 1995 Sexual Offenses Act ‘offends the right to liberty, protection of the law, freedom of expression, protection of personal privacy and protection from discrimination on the basis of sex.’

It comes after a gay man who works at Antigua’s Ministry of Health and a local group called Women Against Rape Inc. (WARI) called for the law to be overturned.

If found guilty of serious indecency, they would face five years in prison.

The gay man testified that he has been persecuted and assaulted, a common complaint across the largely conservative Caribbean region.

The man also said that patients have refused treatment from him because of his sexual orientation, according to the ruling.

Meanwhile, WARI said concern over breaches of confidentiality had prevented those in the LGBTQ+ community from seeking HIV testing or treatment.

Tuesday’s ruling is not the first time British colonial laws have been challenged in recent years.

Courts in Belize and Trinidad and Tobago have found such laws unconstitutional, while other cases in the region are pending.

The Eastern Caribbean Alliance for Diversity and Equality welcomed Tuesday’s decision, which came in litigation that began in 2020 to challenge what it called ‘invasive and unconstitutional remnants of colonial law’.

The group’s executive director, Kenita Placide, said such laws ‘legitimize hate speech, discrimination and violence and tears at the fabric of our society’.

It said constitutional challenges are pending in Barbados, St Lucia, and St Kitts and Nevis.

Speaking to the Times, Téa Braun, chief executive of the Human Dignity Trust, a campaign group based in London, welcomed the ban in Antigua.

‘After almost 150 years on the statute books, devastating countless LGBT lives in their wake, these colonial legacy laws have finally found their rightful place in the history books,’ she said.

Téa described the court’s decision as ‘a pivotal victory for LGBT people in Antigua and Barbuda’.

Handing down her ruling, High Court Judge Marissa Robertson said that ‘the Constitution is often described as a living instrument which gives significant room for the realization and enjoyment of individuals’ human rights.

‘The very rights that the document espouses and protects are capable of evolution since concepts, attitudes and the understanding of human rights and dignity evolve over time.’

It has not been clear if the attorney general for Antigua and Barbuda planned to appeal the decision.