Residents in a tiny village have been left frustrated after tech giant Apple refused to deliver to them – claiming they live in a PO BOX.

People in Boxted were bemused when they ordered new hardware only to find they could not complete the delivery form.

After completing online forms for new tech like new iPhones they were told that the address was not valid.

When customers insert their postcode on the ordering system it automatically brings up ‘Boxted’, causing the system to wrongly think they are trying to get the parcel delivered to a post office box – which Apple does not allow. 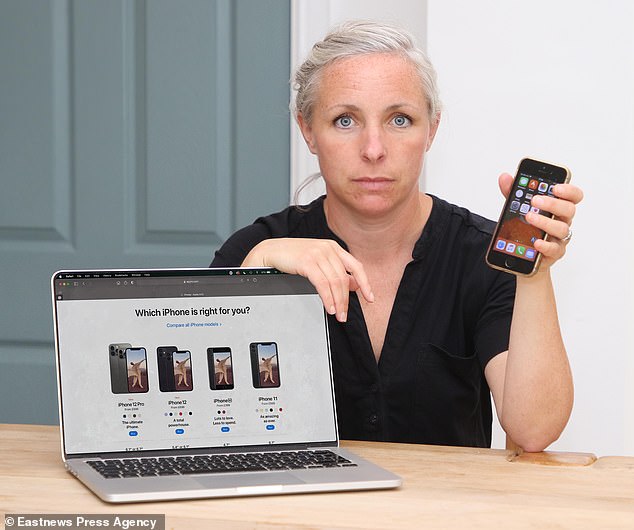 Celine Driscoll, 43, was among the residents of Boxted, Essex who were left frustrated when Apple refused to accept their postal address – claiming they live in a PO BOX

But even after attempting to manually amend their address details, some were unable to complete the purchase.

One frustrated customer in the 1,400 resident, near Colchester, finally completed her order when she instead decided to have it delivered to a shop instead.

Celine Driscoll, 43, said: ‘I spent more than an hour going around in circles on the Apple website.

‘It was so annoying and such a massive waste of time. 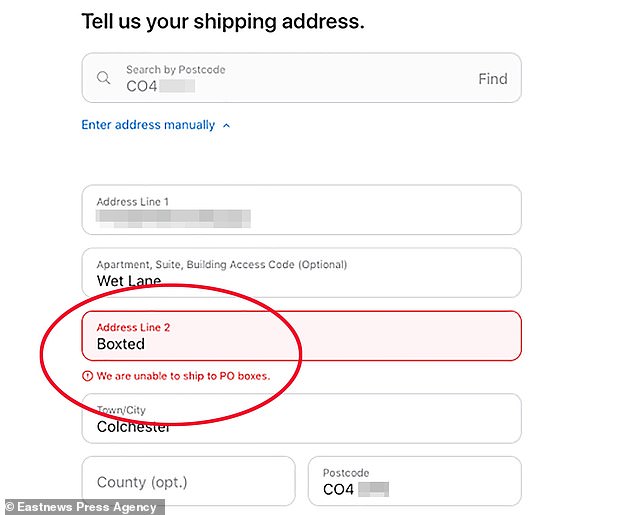 When customers insert their postcode on the ordering system it automatically brings up ‘Boxted’, causing the system to wrongly think they are trying to get the parcel delivered to a post office box – which Apple does not allow

‘Apple is the biggest tech company on the planet yet they score a massive own goal when it comes to something simple.

‘It only finally went through when I cancelled the delivery option and agreed to collect it from a camping shop instead.

‘Talk about a glitch’.

The mum-of-two, who was buying a £400 iPhone, was amazed that Apple did not know about the village’s place in history. 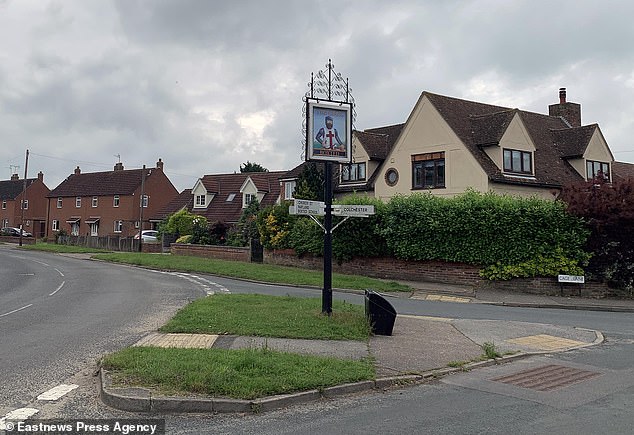 Boxted is a village near Colchester with around 1,400 residents and is described as ‘pockets of residential areas surrounded by mainly arable farmland’

‘Boxted has a famous airfield which played a vital part in World War II missions down to Germany.

‘It’s clearly not been picked up Apple’s boffins.’

Another shopper who recently had the same problem was left worried that he would be left with multiple finance deals.

‘I was pulling my hair out as I could not get the process to complete even though the finance for the phone had been arranged on the same website.

‘I ended up going to Tesco and buying a Samsung instead – I was that annoyed.

‘There must be a lot of people who have had this issue up and down the country in any destinations with ‘Box’ in the address.

‘It seems bizarre that they have such an odd quirk on the automatic address generator.

‘I’ve ordered hundreds of items online before and never had this issue.

‘I even got a phone from them a few years back and ordered it without a hitch so it’s something that’s only been happening more recently.’