The riches of the Nuestra Senora de las Mercedes, which went down in a battle off Portugal’s Cape St Mary in 1804, were raised in an American court after a US salvage company took 594,000 gold and silver coins worth £308million ($394m) from the site. Seven years later, in 2014, Cartagena’s National Museum of Underwater Archaeology (ARQUA) – which is managed by the Culture Ministry – launched an initiative to excavate the wreck, making Spain the first country to undertake such a challenge. Divers had only previously gone below 500 meters for the purposes of filming and photography.

There have been three expeditions since then, leading to more stunning finds.

The first dive saw researchers locate the heart of the ship, as well as thousands of artefacts.

A report by the University of Warsaw listed the items, which included “anchors, iron and bronze cannon, copper and tin ingots, a silver dinner service and cutlery, silver candlesticks, a gold pestle, and others”. 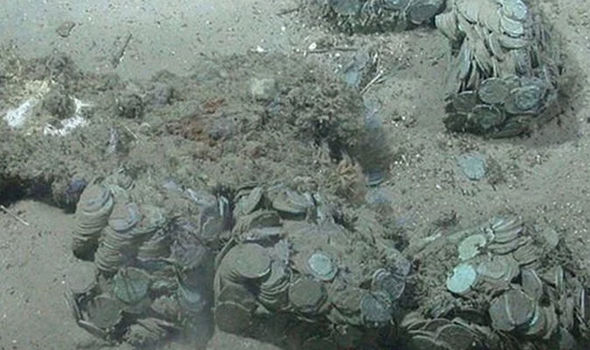 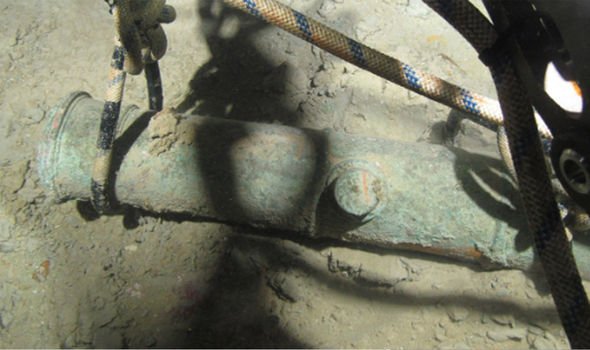 The researchers used mini-submarines which detected “a more important treasure: thousands of artefacts buried under the sea floor that show, to a degree, what life was like at the beginning of the 19th century: from bronze cannons to gold and silverware”.

He added in 2007: “The finds are of inestimable scientific and historic value.” 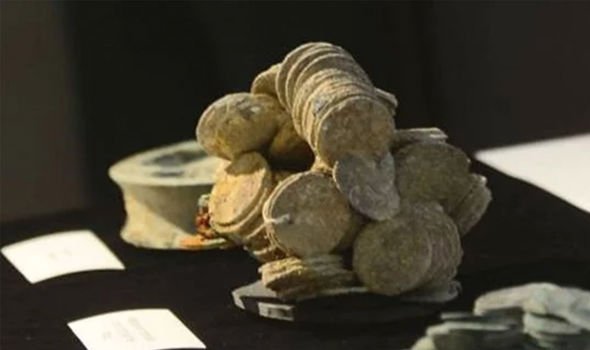 The vessel is thought to have been downed before Spain joined the Napoleonic Wars against Britain.

When the 1802 Treaty of Amiens broke down, Britain declared war on France amid uneasy peace with Spain.

The Nuestra Senora de las Mercedes’ treasure was found in 2007 by the Odyssey Marine Exploration company, which had it flown to Tampa, Florida. 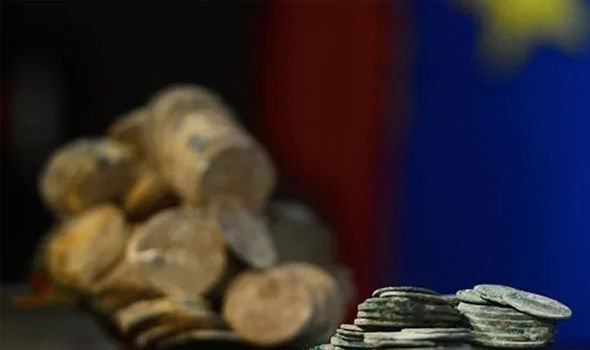 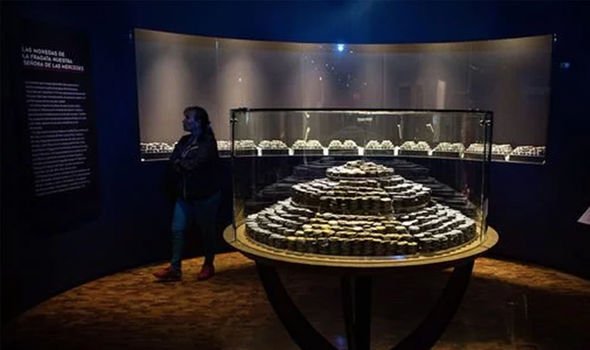 A court in 2012, however, forced the treasure hunters to return the haul to Spain.

The items found had been listed in the ship’s manifest, including cutlery inscribed with a passenger’s name.

An archaeological report said: “Mention should be made of the perfection with which the documentary sources coincide with archaeological evidence in this case.”

She added: “How would you put a price on the Mona Lisa?”