Treasure hunter Darrell Miklos attempted to decode and follow the ‘treasure map’ created by his boyhood idol, former NASA astronaut Gordon ‘Gordo’ Cooper. Cooper made a remarkable discovery while circling the Earth on a 122 hour flight to detect nuclear sites. He photographed more than 100 anomalies around the South Caribbean and later believed the dark patches that appeared on the photos to be sunken ships, and while working for decades in secret, Gordon created a map that he thought could uncover treasures worth billions of dollars.

Before passing away, he shared his meticulous research with longtime friend Mr Miklos, so he teamed up with seasoned explorers and researchers to locate the treasures.

In one episode of Discovery UK, Mr Miklos dives down into the waters to try and find one of the wrecks.

The team have poor visibility as they descend into the waters, but know via readings that something is waiting beneath them.

But then, the team finally located a shipwreck. 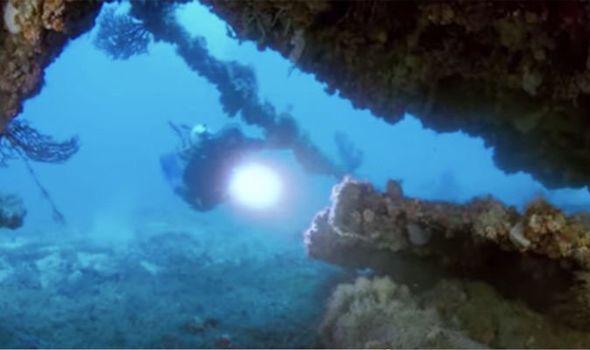 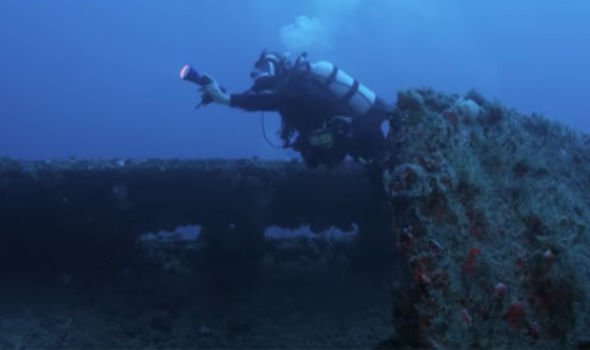 Miklos said upon finding the vessel: “Look at this! This is fantastic. I’m seeing a wreck like Gordo said!”

“This is beautiful. I’m not exactly sure what it is but it is definitely not a period shipwreck.”

As the team descended deeper, they started to learn more about the discovery they had made.

One member of the team said: “I’m doubtful there’s anything on here, but the arrow was right on.”

Another added: “This is awesome. I want to stay here and absorb this for a while. 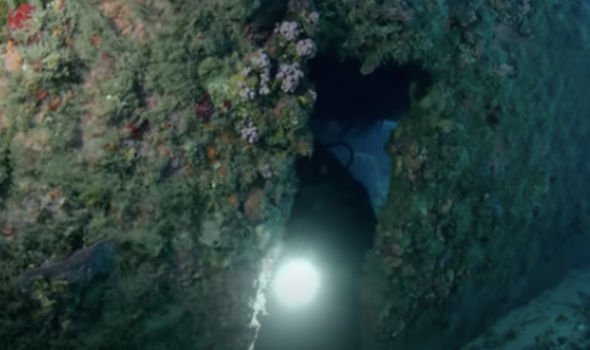 The find excited Miklos, who was on his way to fulfilling his dream of locating Cooper’s wrecks.

He added: “This is just the beginning, I just wanted confirmation right up here [pointing to his head]. And I got it.

“There’s more than 60 sites waiting for us, and in this business time is of the essence.

“I feel it’s my duty to fulfill what Gordo wasn’t able to do.” 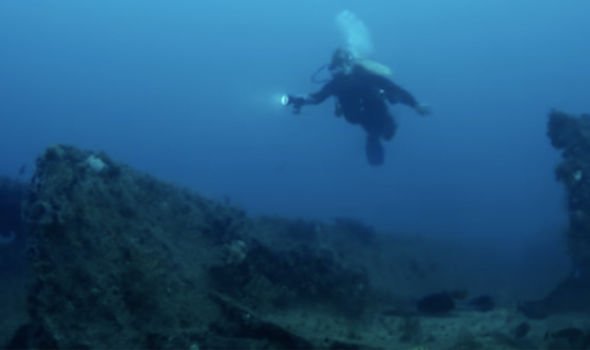 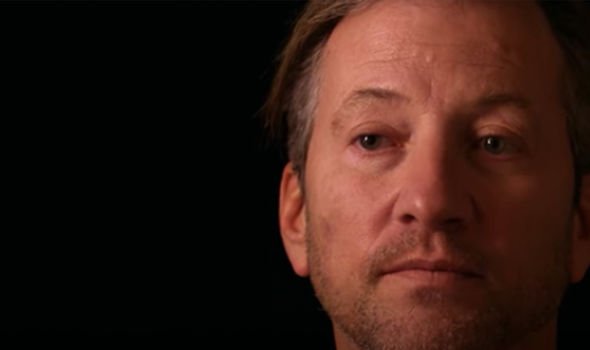 Gordon Cooper made history as an astronaut, becoming the first American to spend an entire day in space, the first to sleep in space, and the last American launched on an entirely solo orbital mission.

Cooper became the first astronaut to make a second orbital flight when he flew as Command Pilot of Gemini 5 in 1965.

The mission showed that astronauts could survive in space for the length of time necessary to go from the Earth to the Moon and back.