Moment armed robbers stalk British professor, 56, before pointing a semi-automatic gun at his head and stealing his £13,000 Rolex watch in Italy

This is the moment two thieves stalked a British professor before holding him up at gun point and stealing his £13,000 Rolex watch in Italy.

CCTV footage shows a pair of armed robbers stalking the 56-year-old in a supermarket in Milan and tracking him to his accommodation where one of them held a semi-automatic weapon to the victim’s head.

Video then shows the men fleeing on an electric scooter along the city’s Via Tamburini.

Cops have since arrested two men, 38 and 43, over the theft of the luxury Rolex Oyster Perpetual.

It comes just weeks after another Briton was robbed of a £9,000 Rolex watch in the same city. 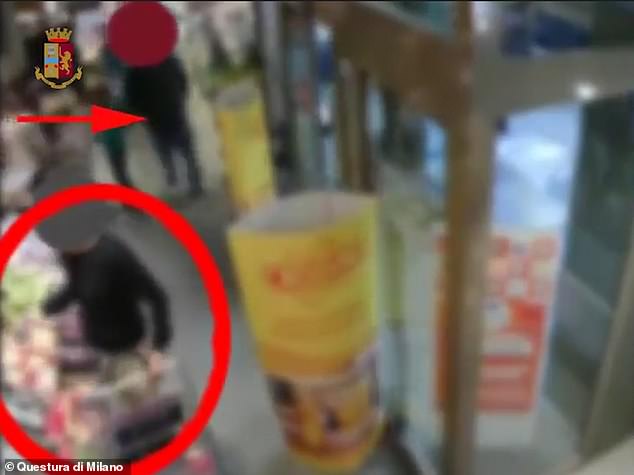 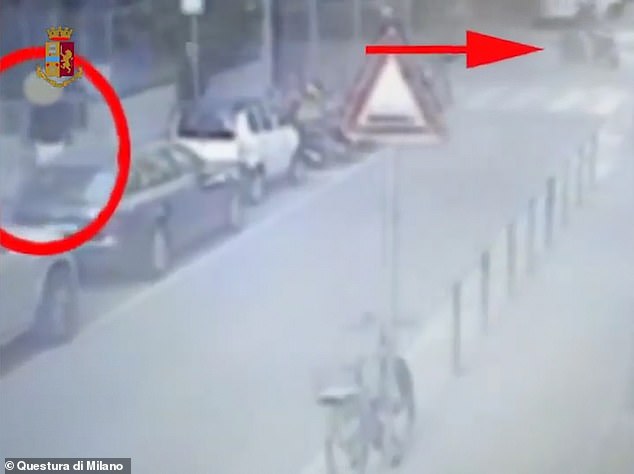 Surveillance footage shows the victim being followed into the supermarket, near the city centre.

The thieves then tracked the British professor back to a house on the via Tamburini.

The electric scooter appears to stop for one robber to get off. The robber then pointed a gun at the victim, forcing him to hand over the watch.

Both thieves are then seen escaping on the electric scooter on surveillance footage.

Police were later able to track down the scooter from its license plate, spotted on CCTV.

A description given by the victim helped police also identify a 43-year-old released from prison only last June after a long period of detention for similar crimes. 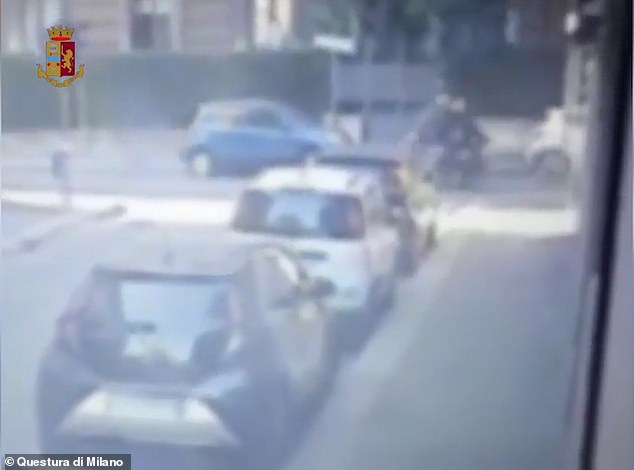 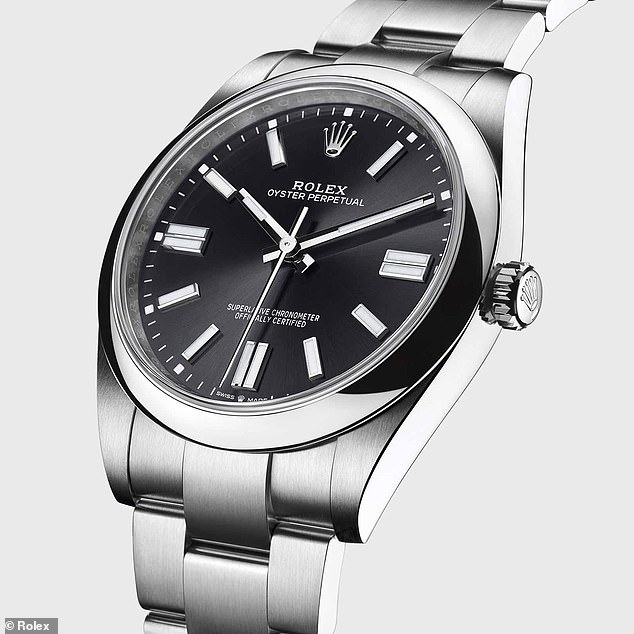 Cops have since arrested two men, 38 and 43, over the theft of the luxury Rolex Oyster Perpetual (stock picture)

A few days after the heist on Thursday 22 September, police spotted the scooter in the Niguarda area of Milan, where a relation of the 43-year-old man lives.

Nowhere is entirely safe from thieves. But tourists should be especially cautious in dark or crowded spaces, and speaking to strangers while travelling alone.

Agents mobilised the police to follow and stop the men in via Sant Sofia.

The men were found to be carrying an illegal Browning semi-automatic pistol, assumed to be the same one used in the robbery.

Only in August this year, a British tourist was robbed of a £9,000 Rolex watch in Milan after being ‘lured into a dance by three boys’ in the popular nightlife area of Porta Nuova.

This followed a report in July that another thief had stolen a watch worth £59,000 in the centre of the city.

The 58-year-old victim had his Richard Mille timepiece stolen in Corso Venezia in the Lombardy capital.

Milan is a popular holiday destination for British tourists, but pickpockets frequent the streets and holidaymakers often fall foul to scams.

The city recorded the highest theft rate in Italy, with about 2.2 thousand cases per 100,000 inhabitants in 2020, according to Statistica.

Burglaries of shops and thefts are more common in Milan than in other Italian provinces.

Bologna and Rimini followed as the worst provinces for theft, with around six thousand cases reported.