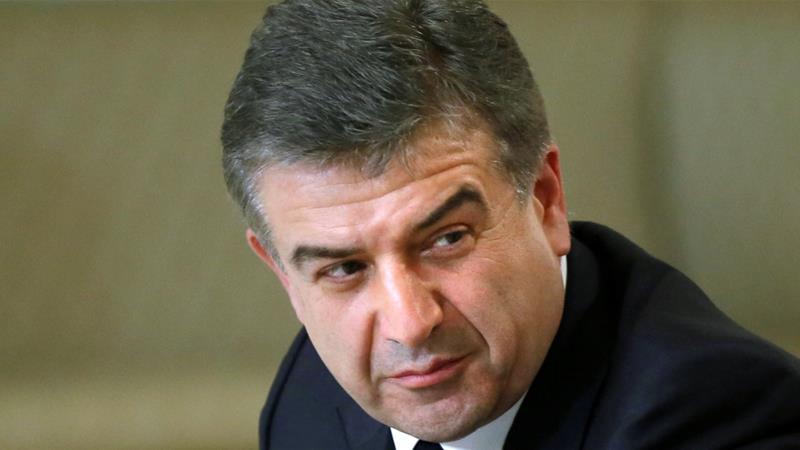 Armenia’s acting head of government has pulled out of talks with opposition leader Nikol Pashinyan for a second time this week, deepening ongoing political turmoil in the Caucasus nation following the former leader‘s snap resignation.

Despite calling for a solution to the crisis through dialogue, acting Prime Minister Karen Karapetyan rejected on Friday Pashinyan’s offer of a meeting, saying the latter was trying to “dictate an agenda”.

“The acting prime minister finds participating in ‘negotiations’, which do not have probability of finding solutions, to be unpromising,” Araratyan said.

The two sides had been expected to discuss the political crisis in Armenia, which erupted in the wake of former prime minister Serzh Sargsyan’s resignation on Monday following almost two weeks of anti-government demonstrations.

Sargsyan, 63, had vowed not to run for the post of prime minister, having served two consecutive five-year terms as president, but he was formally nominated by Armenia’s ruling Republican Party earlier this month.

Armenia amended its constitution to change the government from a presidential to a parliamentary system in a 2015 referendum, making the presidency largely ceremonial and strengthening the office of the prime minister – a position that is not constrained by term limits.

Pashinyan, who led the protests against Sargsyan, accused Karapetyan’s ruling Republicans of “seeking to deepen the crisis” after Friday’s meeting was abandoned.

The opposition leader, a member of the Armenian parliament, told Al Jazeera on Thursday the government “has lost its power and should recognise the victory of the people without any conditions”.

The acting prime minister cancelled a proposed meeting between the pair on Wednesday, accusing the opposition leader of “unilaterally” planning the format, agenda and media coverage of the talks.

Al Jazeera’s Robin Forestier-Walker, reporting from Armenia’s capital, Yerevan, said Karapetyan’s cancellations show the current administration is “pushing back and is not willing to relinquish power”.

“The acting prime minister appears to be in no mood at the moment to simply hand over the reins of power to this opposition movement,” Forestier-Walker said.

Armenia’s parliament is expected to hold a special session on May 1 to elect a new prime minister, according to the legislature’s website.

“We want a guarantee that such an election would be really free, really transparent and really democratic,” Pashinyan said at a news conference on Friday. “Otherwise this vote would not have any meaning.”

“I’m calling on the citizens of Armenia to go out to the streets from early morning on May 1 and to flood all streets and squares, including around the National Assembly,” Pashinyan said.

A 3-alarm fire broke out in Chinatown Thursday night, tearing through a city-owned building that houses multiple non-profit organizations and a senior center, officials said.…