At least 10 people are feared dead after a bomb explosion near a checkpoint at a military airport in Afghanistan’s capital city Kabul.

Another eight people are thought to have been seriously injured in the blast.

It is the first deadly blast of 2023 in Afghanistan, less than a day into the New Year, and no one immediately claimed responsibility.

However, the regional affiliate of the so-called Islamic State group – known as the Islamic State in Khorasan Province – has increased its attacks since the Taliban takeover in 2021. 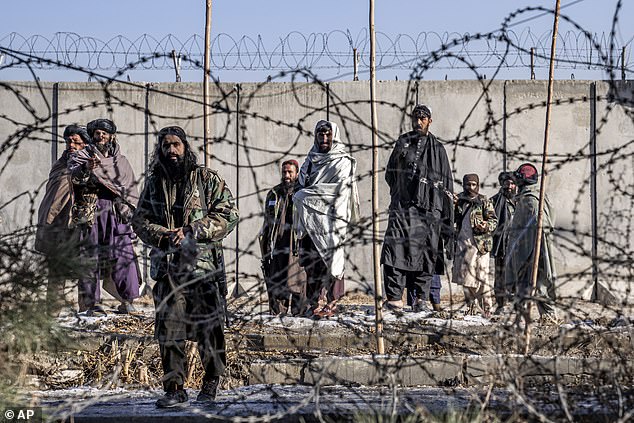 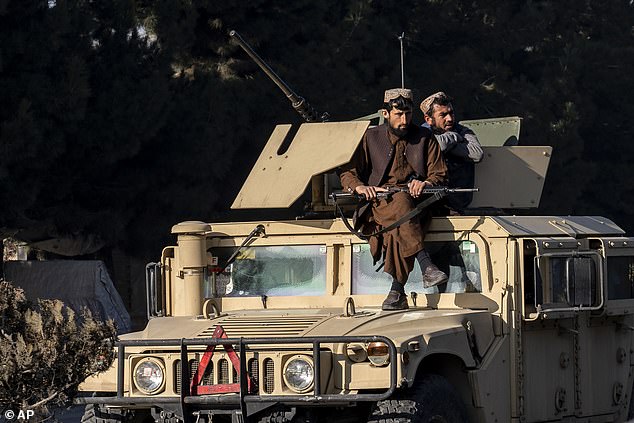 Taliban fighters stand guard at the site of the explosion, which has killed at least 10 people and left eight seriously injured

The military airport is around 200 metres from the civilian airport and close to the Interior Ministry, itself the site of a suicide bombing last October that killed at least four people.

He gave no exact figures or further information about the bombing, saying details of an investigation will be shared later.

Although Taliban security forces prevented photography and filming directly at the blast site, the checkpoint appeared damaged but intact.

It is on Airport Road, which leads to high-security neighbourhoods housing government ministries, foreign embassies and the presidential palace.

A spokesman for the Kabul police chief, Khalid Zadran, was not immediately available for comment.

It comes after the Taliban banned girls from primary school, effectively banning all women from education across Afghanistan.

At a Kabul gathering with school directors on Wednesday, the Taliban also banned female staff – including teachers.

This decision has closed off one of the only professions that remained open to women in the country, which has become more extremist since the hard-line movement took power last year. 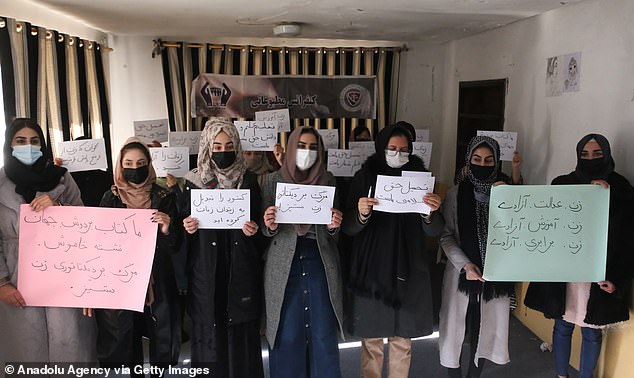 Female students react against the Taliban’s ban on university education for women on Wednesday. The ban was introduced on Tuesday and a subsequent decision banning primary school girls has created an effective total ban on the education of women in Afghanistan

Alongside a newly instituted ban on women at Afghanistan’s universities, this comprises a near-total ban on the education of women.

Taliban officials at the meeting included representatives from the police, the national intelligence agency and the ministry for the propagation of virtue and prevention of vice.

The Taliban did not make an official statement and the ministries of education and higher education did not respond to requests for comment.

While all the movement’s previous bans on education have been ‘temporary’, none have been removed.