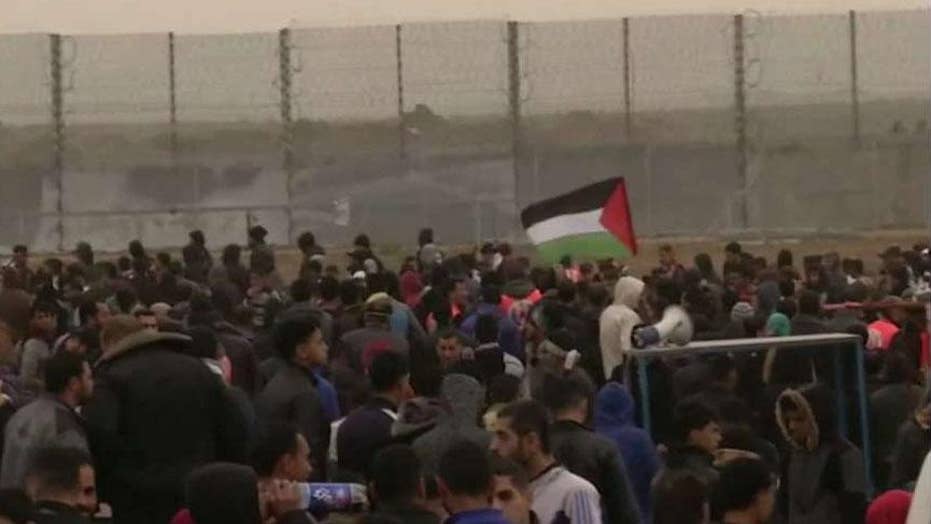 At least two teenagers have been killed in clashes with Israeli military as tens of thousands of Palestinians gathered at the Israeli border to mark a year of the protest movement.

The latest demonstrations honored the "Great March of Return" that started on March 30, 2018. Nearly 40,000 Palestinians marched to the border in heavy rain to mark the anniversary. Protesters want an end to a years-long blockade of the Gaza Strip and for refugees in Gaza to be allowed to return to ancestral homes in Israel.

The Israel Defense Forces (IDF) put the number of protesters at around 40,000 and said explosive devices, stones and burnt tires were thrown over a wall in the direction of Israeli Military, according to the BBC.

The IDF said they responded with “riot dispersal means” including live ammunition. 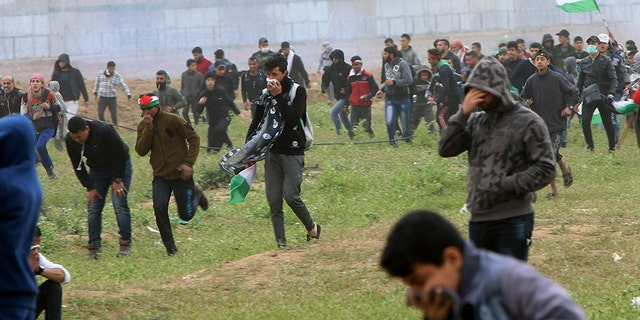 Protesters marking the first anniversary of Gaza border demonstrations run from tear-gas fired by Israeli troops near a fence on the border with Israel on Saturday, March 30, 2019. Tens of thousands of Palestinians protested.
(AP)

The teens, both 17, were killed and dozens of protesters were wounded, a Palestinian health official and the Daily Beast reported. They said another man was shot dead by Israeli forces overnight near the border fence.

From March to December last year, 189 Palestinians and one Israeli have died during the protests, including 35 children, three paramedics and two journalists, according to the UN Human Rights Council. During that period, 6,106 Palestinians were injured.

“The Commission has reasonable grounds to believe that during the Great March of Return, Israeli soldiers committed violations of international human rights and humanitarian law. Some of those violations may constitute war crimes or crimes against humanity, and must be immediately investigated by Israel,” said Santiago Canton, chairman of the Human Rights Council Commission of Inquiry..

A UN investigation found that Israeli snipers had shot at children, medics and journalists during the protests. 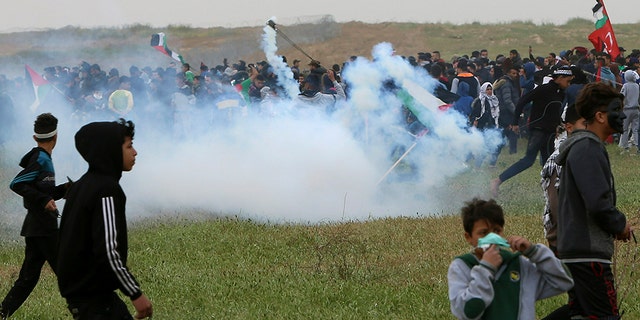 “There can be no justification for killing and injuring journalists, medics, and persons who pose no imminent threat of death or serious injury to those around them. Particularly alarming is the targeting of children and persons with disabilities,” said Commission member Sara Hossain. “Many young persons’ lives have been altered forever. 122 people have had a limb amputated since 30 March last year. Twenty of these amputees are children.” Israel has denied the allegations.

The protests came on the heels of a week in which rockets were launched from Palestine into Israel and the Israeli military retalited with bombings of Gaza.

Hamas, the Islamist group prominent in the Gaza Strip, told the BBC it would try to keep Saturday's protests peaceful and a safe distance from the fence, as Egyptian and UN mediators tried to prevent escalation.