Australian and New Zealand officials are still working behind the scenes to set up a travel bubble between the two countries, but community transmission of coronavirus will have to fall to zero before the proposal takes off.

New Zealand Trade Minister David Parker said Australia had been his country's first choice for a travel bubble but the serious outbreak of COVID-19 in Victoria had put the plan on hold for now. 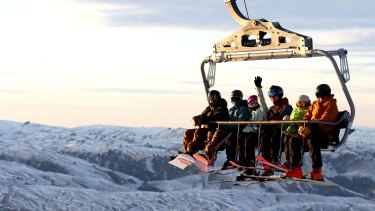 Australians might get a chance to cross the ditch for a holiday in New Zealand before the of the year. Credit:Getty Images

At that point, his country switched focus to neighbouring Pacific Island nations but the outbreak of community transmission in Auckland has put that plan on hold as well.

Regardless of the delay, Parker said "all of the rules that lie behind that [the travel bubble] are continuing to be worked through quite successfully by government officials".

"We had hoped for Australia first but because of the Victoria situation, we moved to do a deal with the Pacific Islands, where there is no community transmission. So we were going to start with the Cook Islands but of course that has been delayed because of the cluster in Auckland."

"It remains our ambition to have safe travel bubbles with both [Australia and Pacific Island nations]," though he added it was not possible to say when that will happen.

Prime Minister Scott Morrison on Friday said Australia was still keen to establish travel arrangements with neighbouring countries but his first priority was for state borders to reopen. 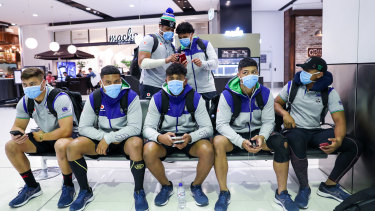 "I’m trying to get the New Zealand travel bubble back in place, and I’m sure we’ll take that up again soon," he said.

"I’d like to see that also if we can among the Pacific nations… Japan is keen to do it, Singapore is keen to do this and there are a number of nations that are happy to do this with us. I can see that as the next step, but right now we’re trying to get domestic borders open."

Parker played down the prospect of a travel corridor between New Zealand and COVID-free states such as South Australia, Western Australia, Tasmania and the ACT.

"The Australian government position is that they want to achieve state-to-state travel before they extend it to New Zealand and we understand that."

Parker, who also served under former prime minister Helen Clark, suggested the coronavirus pandemic could lead to the already-strong trade relationship between the two countries deepening.

"I think there are opportunities because of the relative ease of trade between our two countries, for the next little while it will be less challenged than trade with other countries, so it would be natural for companies on both sides to take advantage of that," he said. 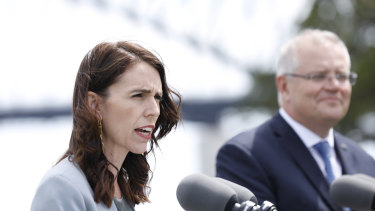 Australia is already New Zealand's largest economic partner and trade between the two countries is worth about $22 billion annually.

Parker said COVID-19 had meant trade was down a bit, mostly in services, but goods movement was largely unaffected.

In a recent meeting with his Australian counterpart, Simon Birmingham, the pair had discussed mutual recognition of Australian and New Zealand business numbers.

Ahead of that, a system of electronic invoicing had begun operating allowing more secure trade transactions and reduced compliance costs. That system, Parker said, could save businesses up to $27 billion over 10 years and make selling into each country's market simpler.