The Greens and a key crossbencher want the proposed national anti-corruption commission to be independently funded and overseen by a parliamentary committee that operates at arm’s length from the federal government.

As discussions over the proposed agency continue, the Greens and independent Helen Haines – whose votes will be required to secure passage of the legislation – have already negotiated to lower the threshold for an investigation so the agency can examine “serious or systemic corruption”, rather than conduct that is both serious and systemic. 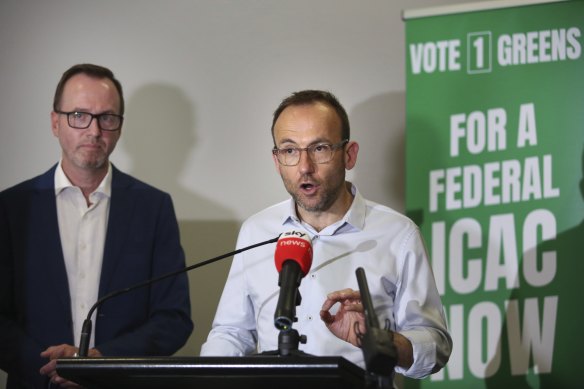 The Greens also want the agency’s powers expanded so it can “capture instances of potentially corrupting conduct by third parties in relation to government policies”, rather than just being able to examine third parties with government contracts.

If the government declined to provide the recommended funding, it would have to explain why in writing.

More on the negotiations here.

The government is examining a union proposal for industry-wide bargaining as a way to give low-paid workers in female-dominated industries a pay rise with the potential to close the gender pay gap.

Ahead of this week’s jobs and skills summit, Workplace Relations Minister Tony Burke said he was “really interested” in the Australian Council of Trade Unions’ bargaining method. Leaders in aged care and childcare industries say they are open to discussing the landmark reform. 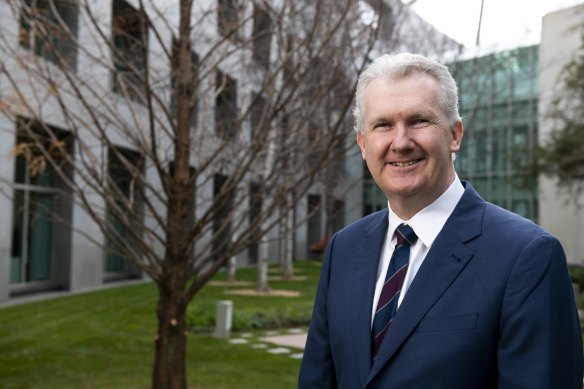 “We won’t get meaningful movement on wages unless we can get bargaining moving in the feminised sections of the economy,” Burke told The Sydney Morning Herald and The Age. “Whether it’s aged care, childcare, cleaning or retail, closing the gender pay gap and getting wages moving are essential parts of the same story.”

Prime Minister Anthony Albanese will today mark 100 days of government with a speech to the National Press Club to say cultural change is needed to revive workplace bargaining and “new leadership on respect and safety and fairness for working women”.

This morning’s key headlines at a glance

It’s Monday, August 29. I’m Broede Carmody and I’ll be anchoring our live coverage for the first half of the day.