Local media showed video footage of a man in a dark tunic slashing and stabbing before being shot by Australian police. 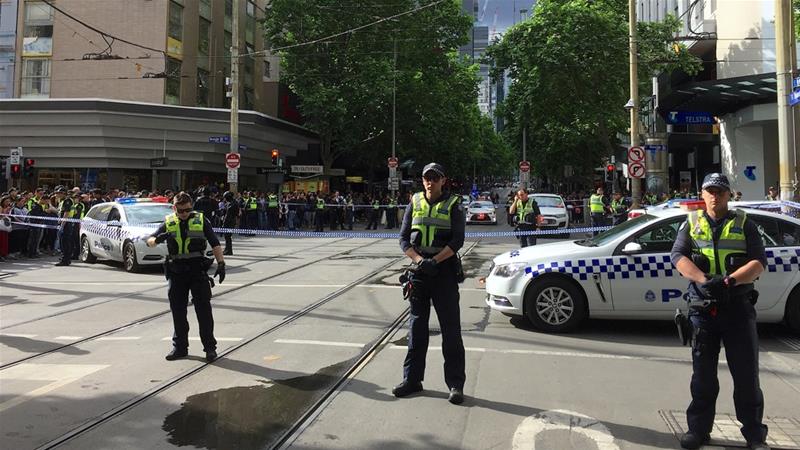 One person was confirmed dead after a stabbing incident during rush hour in the Australian city of Melbourne, police said on Friday, as the city was placed on lockdown.

Victoria Police said the unnamed attacker is in “critical condition” at the hospital following the incident, which left one of the victims dead.

Police said officers “initially responded to a report of a car on fire” in the city centre at around 4:20pm local time, as people began to leave work for the weekend.

“A man was arrested at the scene and has been taken to hospital under police guard in a critical condition,” the statement said.

A police spokesman later said that authorities are not looking for any other offender, adding that the investigation is at the “very early stage”, and that there is “no known link to terrorism” so far.

Local media showed video footage of a man in a dark tunic slashing and stabbing wildly at two police officers as the vehicle burned, before being shot with a weapon.

Paramedics said they assessed three people at the scene, one with a neck injury: “They are in a suspected critical condition.”

Police warned people to avoid the area, but said they “are not looking for anyone further at this early stage.”

“The exact circumstances are yet to be determined at this stage. The area has been cordoned off,” police said.

Al Jazeera’s Andrew Thomas, reporting from Sydney, said there have been a number of attacks in Australia that at the time of the incidents “were thought to be” related to “terrorism”.

“[But] then, when the background of the person has been looked into, they’ve had mental health issues and no association with any known groups.”