In an open letter, the Muslim community says they are being held ‘collectively culpable’ for individual criminal acts. 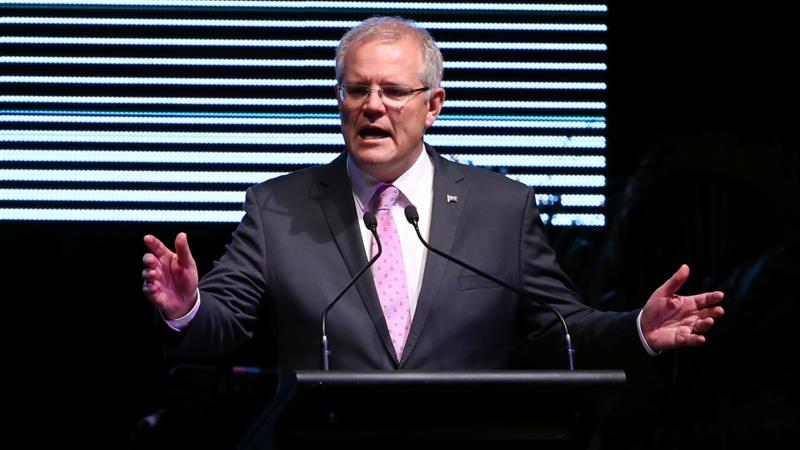 Muslim leaders in Australia have boycotted a meeting with Prime Minister Scott Morrison after the latter asked the community to be “proactive” in dealing with deadly attacks.

Morrison had proposed a roundtable meeting with Muslim leaders in the wake of a fatal attack in Melbourne. He had singled out Muslim community leaders as having a “special responsibility” to counter “the radical and dangerous ideology of extremist Islam”.

Australia’s Grand Mufti Ibrahim Abu Mohamed and a group of other senior Muslim figures rejected the invitation in an open letter to Morrison on Wednesday.

“Many in the Muslim community including the undersigned are deeply concerned and disappointed with statements made by senior government ministers and the prime minister in the recent past which infer that the community is collectively culpable for the criminal actions of individuals and should be doing more to prevent such acts of violence,” the statement said.

“These statements have achieved nothing to address underlying issues, but rather, have alienated large segments of the Muslim community,” they said in the letter published by Australian media.

They said they would meet Morrison at a later date if their “views and concerns will be genuinely respected”.

The letter prompted a series of comments on Twitter from Morrison, who accused those behind the boycott of “continuing down a path of denial” and making their communities “less safe and more vulnerable”.

“We all have responsibilities to make Australia safe, and that means making sure Muslim communities do not become infiltrated with this dangerous ideology,” he tweeted.

In the November 9 attack in Melbourne, a Somali-born man who police said was inspired by the Islamic State of Iraq and the Levant armed group (ISIL, also known as ISIS), stabbed and killed one man and wounded two others before being fatally shot by police.

This week, police arrested three more men in Melbourne for allegedly plotting another attack on the city – the 15th authorities say they have thwarted since 2014.