‘I saw this fist flying toward my face’: Australian Thai Airways passenger claims he was punched by a woman in a random attack as he slept on a plane

A man claims he was punched in the face by a woman in a random attack as he slept on a long-haul Thai Airways flight.

Phil Kent said he was asleep in his aisle seat with a blanket over his face as he and his wife travelled home to Melbourne after a holiday in Thailand in January.

All the lights were out when he was woken by someone heavily bouncing his left arm, he told Daily Mail Australia.

‘I felt something nudge my arm, and as I took [the blanket] away I saw this fist flying toward my face,’ he said.

Phil Kent and his wife (pictured) were traveling back to Melbourne from a holiday in Thailand on a Thai Airways flight, when Mr Kent was punched by a woman who thought he grabbed her – even though he was asleep at the time

Mr Kent – who was sitting next to his wife at the time – says at first he didn’t know if the fist was coming from a man or a woman, but then realised it was a female in her late 30s.

He managed to dodge the punch, which he claims grazed the side of his face, before the woman walked back to her seat.

Two hours before the flight landed in Melbourne, Mr Kent approached the same flight attendant again, who seemed reluctant to address the issue, and asked him if he really wanted authorities to pursue the matter.

Mr Kent claimed nothing was done when he and his wife arrived at Melbourne airport, with Thai Airways staff claiming they had no record of the incident being recorded, and said that only the flight’s captain could report the matter to police. 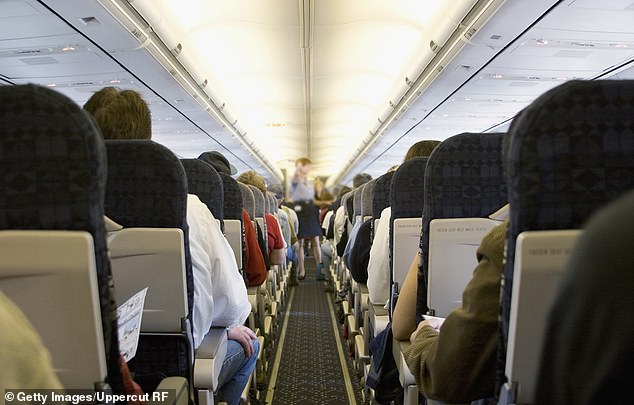 After spotting the woman at the airport, Mr Kent said he asked her why she punched him, to which she said it was because he tried to ‘grab’ her

After spotting the woman at the airport, Mr Kent said he asked her why she punched him, to which she said it was because he tried to ‘grab’ her.

Mr Kent said the woman began swearing at him and even challenged him to hit her back, saying to him ‘if you’re such a f****ng man why don’t you hit me here, we will make it even.’

But he believes his elbow must have simply bumped her as she walked past his seat.

The bizarre incident occurred on a flight on January 10, but says in the months since, Thai Airways hasn’t done a lot about the situation.

‘I’m not asking Thai Airways for a refund or an upgrade… [but] I’m not going to drop this until I get a genuine heartfelt apology from them,’ Mr Kent said. 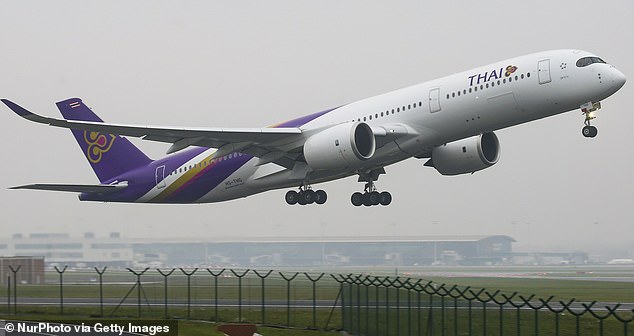 Since the incident in January, Mr Kent has sent multiple letters to Thai Airways offices in Bangkok, Melbourne and Sydney, but has received mostly automated replies (stock)

A Thai Airways spokesperson said in a statement: ‘We don’t comment on any in-flight incidents that occur on our aircraft. Any such matter will be handled by our Customer Relations team and fully investigated with all parties concerned.’

Earlier this week, he received an email from the airline saying the investigation has ongoing and they would get back to him when a final report was finished by the airline’s Bangkok office.

Daily Mail Australia has reached out to Thai Airways for further comment.