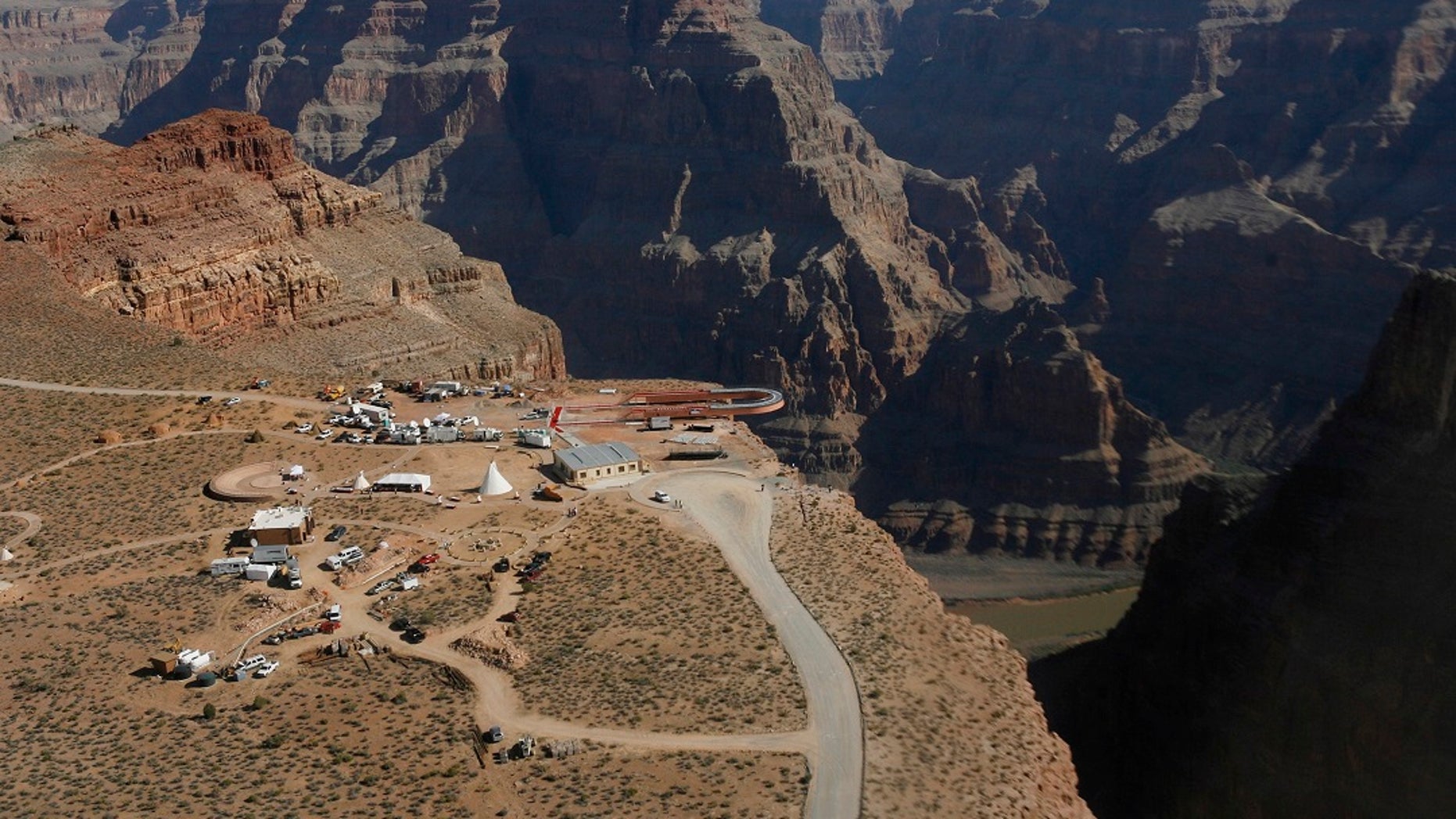 The Skywalk hangs over the Grand Canyon on the Hualapai Indian Reservation before its grand opening ceremony at Grand Canyon West, Ariz. Crews are searching for a tourist who slipped and fell over the edge of a Grand Canyon lookout on tribal land. (AP Photo/Ross D. Franklin, File)

The body of a tourist from Hong Kong who died after falling over the edge of the Grand Canyon while taking photos was recovered Thursday.

A helicopter lifted the man from a spot 1,000 feet below near a popular tourist destination on the Hualapai reservation in northwestern Arizona, said David Leibowitz, a spokesman for Grand Canyon West. The deceased man's name was not released.

The man, who was reportedly in his 50s, was part of a tour group at Eagle Point, an area known for the Skywalk, the horseshoe-shaped glass bridge that sticks out from the canyon wall. The rim has some ledges but no barrier between tourists and the edge.

Leibowitz said the man was taking photos Thursday morning when he stumbled and fell. The area was closed for the day and his body was expected to be taken to the medical examiner’s office.

Hong Kong public broadcaster RTHK reported the man is from Macau, located west of Hong Kong, and was in the U.S. on a seven-day West Coast tour.

His death is the second confirmed by park officials this week. On Tuesday, a body was found in a wooded area south of Grand Canyon Village. Authorities were working to identify the person, who is also believed to be a foreign national.