Avanti West Coast’s ‘Pride train’ sparks fury among LGBT passengers who ask: ‘When will pathetic virtue signallers learn we’re just like everyone else?’

Gay people have slammed a new Pride train launched by Avanti West Coast for being ‘mortifying’ and ‘attention-seeking’ after it made its first journey yesterday.

Hundreds of Twitter users complained about the brightly-coloured engine, which made its first journey with an LGBT-only crew, saying it was actually ‘regressive’.

The 11-carriage Pendolino train, which is Britain’s first fully-decorated Pride train, made its first journey from London Euston to Manchester Piccadilly yesterday.

John James McGivern attracted 7,000 likes when he tweeted: ‘As a gay man, I don’t want a ‘pride train’, I just want to get on a train that runs on time like everyone else. 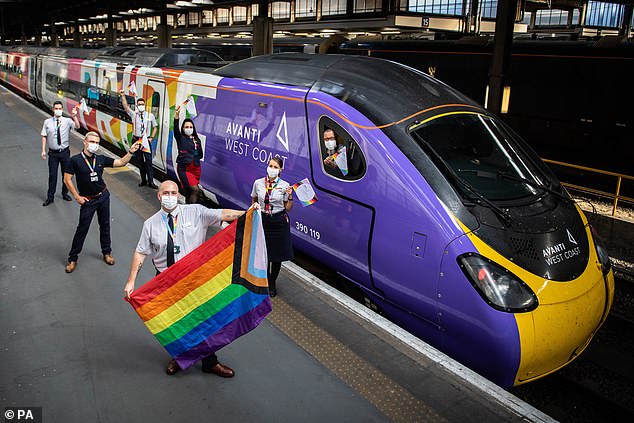 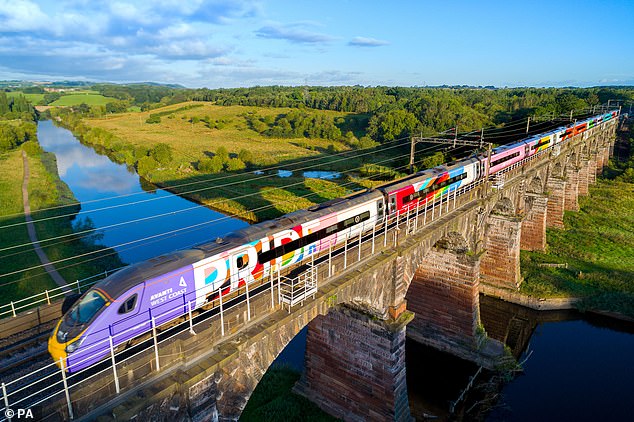 ‘Most gay people cringe at this nonsense… could you imagine if it was a white only crew? Please stop the identity politics! #Trains #AllTrainsMatter.’

Michael Hester replied: ‘Same, it’s cringeworthy! They’re treating us as if we’re freaks that need everyone to throw rainbows at us and tell us how special we are just to get a bloody train.

‘When will these pathetic virtue signallers learn that we’re just like everyone else?’

The train was wrapped in the Pride flag including the new colours of black, brown, light blue, pink and white, with Avanti aiming to ‘bring people of colour, transgender people and those living with or who have been lost to HIV/Aids to the forefront.’

The design on the 869ft (265m) train was created after Pride events were cancelled due to the coronavirus pandemic. It is said to highlight the ‘progressive commitment to diversity and inclusion’ of Avanti, which began operating services last December. 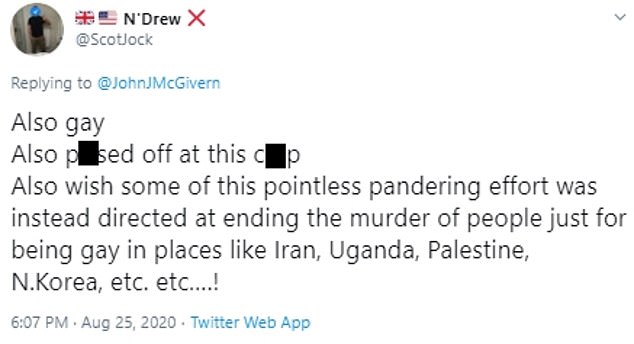 But another Twitter user added: ‘It’s creating division where division didn’t exist. I don’t want to be force fed Pride or BLM, I just treat people as people.’

And a further person said: ‘I agree. Cannot think of anything more mortifying. Years fighting to be equal, not to be seen as queer or different. This is not what inclusion looks like. This is what attention seeking looks like. Waste of f***ing money.’

Another comment said: ‘This is discrimination based on sexuality, straight people aren’t allowed to work on this train, discrimination.’ And a further one added: ‘Why should anybody have to disclose sexuality? Does it make you a better train driver?’

But others said the criticism was unnecessary, with one tweeting: ‘I find it so laughable that people have a problem wiht a Pride themed train journey. Get a life.’

A second said the train had ‘put a smile on my face’, while a third added: ‘This is amazing. Hope I get to travel in it one day.’ 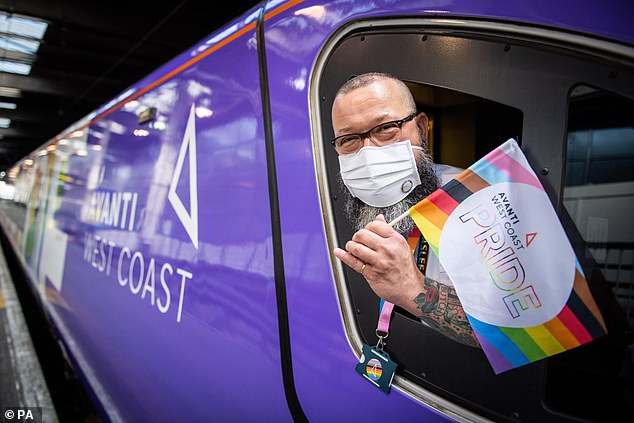 Train manager Paul Austin said the paint job and the staffing selection is a ‘sign of the steps we’re taking towards a more inclusive, diverse and equal society’.

Inside, the train will be filled with posters and literature for passengers and will feature Pride-related information and facts during the onboard announcements.

The livery will become a permanent part of Avanti’s fleet. People are also being asked to suggest a name for the train, with the winner announced in October.

Avanti executive director Sarah Copley said it was a ‘symbol of our commitment to diversity and inclusion as it travels up and down the West Coast Main Line’.